Outrunning a Typhoon in Seattle 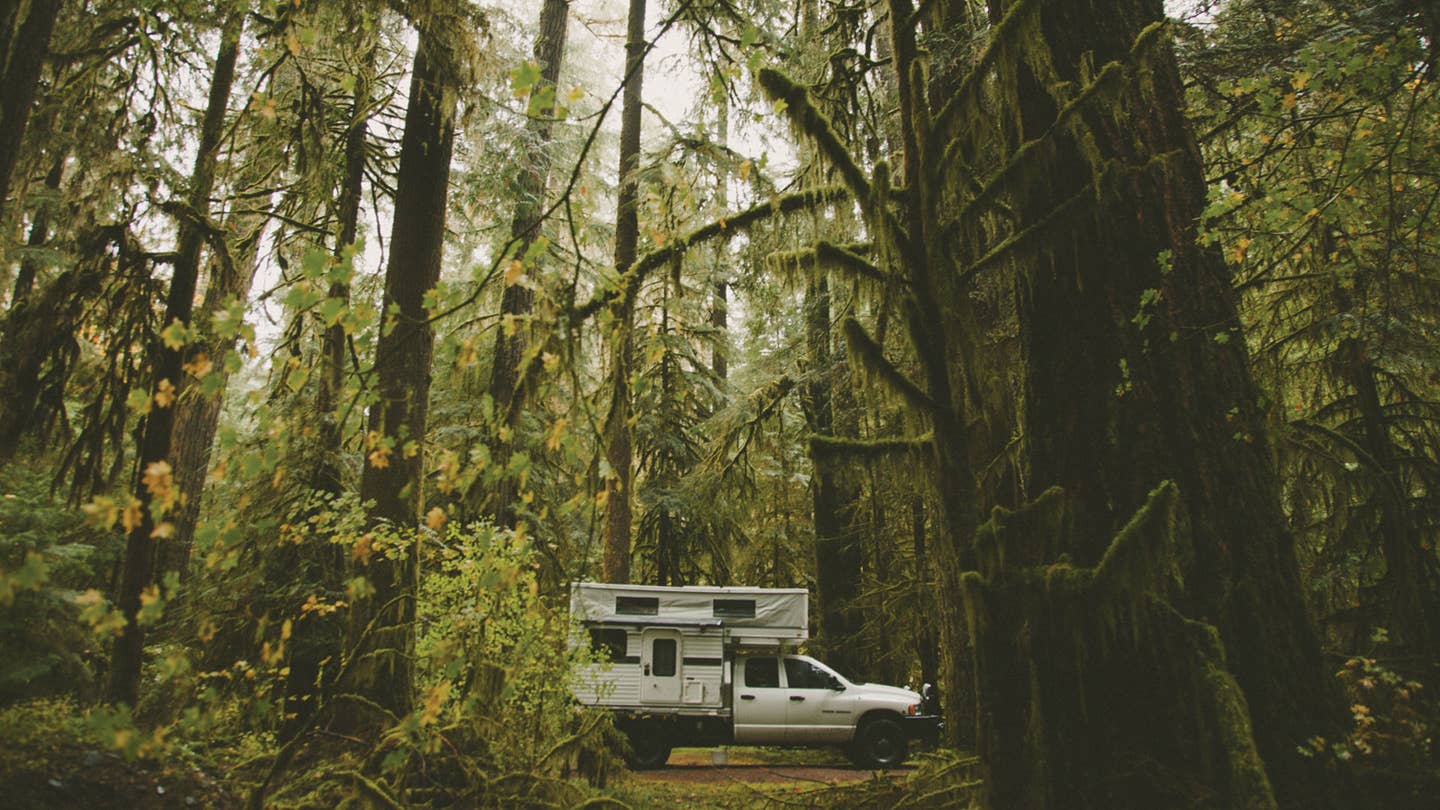 The specter of typhoon Songda ran us out of Seattle. The weather map showed a brawling thing, spinning mad off the coast, the size of two wide western states. Broad green arms of rain and wind spiraled out from the center, promising to slam the whole of the Pacific Northwest with wall after wall of wind and rain. A sustained 50 mph gale, the news said. Gusts of 75 mph, or more. A storm larger than the largest that’s ever hit the city.

We’d tumbled into Seattle a week prior. Caught the first snow on the North Cascades Highway on our way there, the gorgeous mountain views obscured first by brooding rain clouds, then by sleet, then by the kind of heavy, wet snow that clumps on conifer limbs and coats the road with dull slush. And when we’d braved the passes, the truck sure-footed and steady, we chased the waterfalls out of the hills and to their rivers.

A month ago, the city was still drunk with sunlight. Our friends there begged us to come visit while the skies were clear and the winter rains were too distant to recognize on the horizon. We didn’t make it. We knew we were headed for gray, dripping days, and when we pulled into Kent, the vast Seattle suburb was soaking under a steady pour.

So much rain—and not the booming, quick-hearted storms of the east. This is different. A wearing drip. A wash, a constant, droning shower, steady as static. I eyed the sky, looking for breaks but finding nothing but that same blanket gray, snugged too close to the ground.

We spent a few dreary days with friends on one side of the city, then the next. Managed to catch a few rare, clear days when Seattle shines like a miracle—a metropolis planted on that tender spit of land where the mountains meet the sea. We spent a night boondocked in West Seattle, street parked and paranoid some idle officer would come banging on the door, asking us to move along, please, move along.

The knock never came, but Songda did. The first messenger clouds arrived early, moving quick on ceaseless offshore wind. We wanted to stay, to explore the vast mystery that is the Olympic Peninsula. Stand on its rocky shores, hunt out its hidden lakes, walk among its tall timber. If we’d been earlier, maybe; if we hadn’t detoured back to Virginia, or dawdled so long in Maine. If the season was longer. If the inevitable winter could have stayed at bay for a few weeks more.

These days, I’m drowning in "ifs." If the truck holds; if the roof doesn’t leak. If we’d saved longer before we left. If we hadn’t sold the house. If I hadn’t quit the job. We’ve hit that magical distance: far enough from it all that I have trouble remembering how heinous it all looked from so close. The way a bone can look fine from the outside, but still be fractured beneath the skin.

In some ways, this is the land of "if." If the volcanoes sleep. If the tectonic plates don’t go slipping. If the coast doesn’t fall into the sea. If the seas don’t swell. Seismologists say the Pacific Northwest is due for an earthquake like few before it—that 300 years ago, the whole of the coast slid into the sea, and that what didn’t fall in during the initial lurch was shortly after sunk under a tsunami the height of a bank building. That it also happened 200 years before that. And 200 years before that. The whole region is a clock, patiently ticking down towards unimaginable violence.

The clouds chase us to a rainforest on the side of Mount Saint Helens, where we tuck ourselves in for the night, nestled into the forest along Iron Creek, the sound of the water a dull hush past the dripping skies. Beth puts Kiddo down for a nap, and I go walking out into the forest, bundled against the damp. Water brings life, and the hills here are awash with it. Broad ferns drag at my thighs. Moss clings or hangs on every available surface—a carpet of green. The trees are mammoth firs, too big around for two men or more to encircle fingertip to fingertip. Here and there, one lies on its side, the earth at its base ripped free to reveal a knot of roots.

When I’ve chased out the game trails nearest the truck, I take to the forest road that brought us here. I walk an hour out, and an hour back, the air thick with the smell of water and soil, and little else. I’m soaked through when I return, despite my water-shedding layers. I walk up the steps, open the door, and stand on our green welcome matt, shedding layers. Kiddo’s sound machine churns on the upper bunk, and I can hear her tiny snores over the patter of fat drops on the camper’s aluminum roof.

Beth stirs from the bench to my left, sits up groggily and asks how my walk was. That’s when we hear the tearing sound: a great and ominous ripping. Something about it is unmistakable. It sets my mind flashing—I’ve heard it before. Heard it over and over and over again in the late months of my twelfth year, when my father and I spent eighty days felling trees on the property that would eventually be our home. That gouging sound of limbs grasping at their neighbors in the frigid February air.

The moment swells. I have just enough time to see the tree, its base some 50 feet away, its top dropping towards the camper. There’s nothing to do but close my jaw and wait.

It hits, but it’s a glance. The idiot sound of wood on metal comes punching through. The truck rocks and sways, then settles. Beth looks at me with wide eyes. Kiddo keeps on sleeping. The door drags a bit as I open it, and when I step outside, I find hunks of rotten tree, eight inches around, scattered all over. There’s wood wedged in the seam between the door’s fiberglass and its aluminum frame. The camper’s skin is wrinkled in a few places, and there’s hanging moss sprayed down the right side and the stern, but there are no holes. No real damage. I stand there in the rain and look at the scene. I can’t fathom it.

I squat in the seeping mud to look closer at the tree. How old was it? Thirty years? I wonder at it for a minute. The odds of it and I, born and bred over the same short years only to come colliding together, here. Now. The odds of it. And then, another thought like a blade in my mind.

If we’d been a few inches to the south. If it had been one of those grandfather firs instead of some dead snag. It’s a cold thought. I take a deep breath and drop it. Put it away. "If" is a trap, a mire for my thoughts. A luxury for those with the energy to waste on it. There’s only what has happened and what may happen yet. The tree fell where it fell, inches from collapsing the roof on all three of us, yes. But it didn’t.

I fill my lungs again. Breathe deep the soft smell of the freshly broken fir. I look up to the canopy, to the swaying treetops there, 100 feet above. Rain catches the thin wisps of light that make it down this far. The drops glitter for a moment, falling like diamonds, or stars.