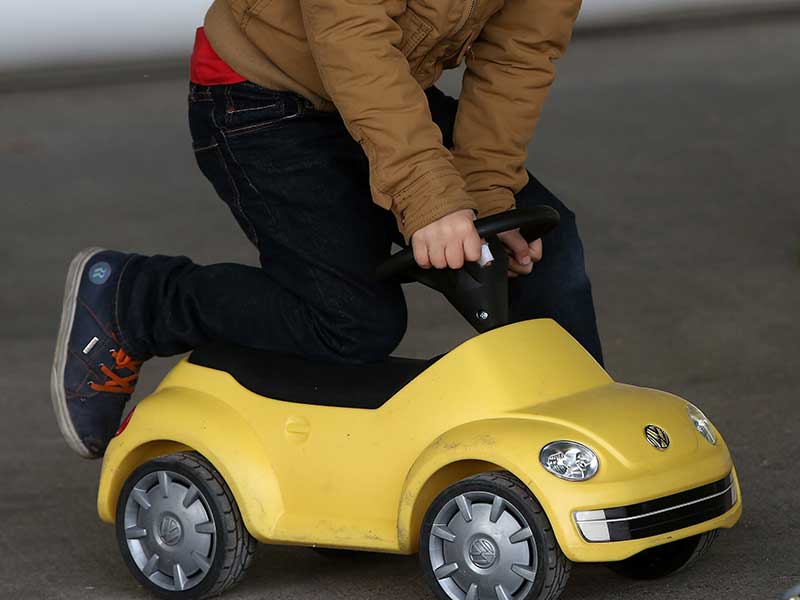 German automakers have not gone willingly into electric propulsion. Now that it’s currently faux pas to wave the diesel flag—at least until this scandal is cleaned up—Volkswagen has renewed vows to fit electric powertrains into its small passenger and light commercial models. The powertrains are said be capable of 155 to 310 miles of range, and “will be designed for all body structures and vehicle types, thus allowing particularly emotional vehicle concepts,” the company claims. Volkswagen has already pledged that the next-gen Phaeton, the Bentley-based sedan that failed to win over Americans in the early Aughts, would be purely electric.

Former Sköda CEO Winfried Vahland was due to assume leadership of the company’s newly formed North American region on Nov. 1, but has instead resigned from Volkswagen entirely. According to VW, Vahland quit after “differing views on the organization” of the region. Vahland, 58, served at VW for 25 years. Pending government investigations may still require his cooperation. German media report that at least 30 managers were involved in the scandal, but the company has denied the allegations.

They won’t all run away. Klaus Zellmer, head of Porsche’s emerging markets, will become CEO of Porsche Cars North America on Nov. 1, while current CEO Detlev von Platen will relocate to Stuttgart to oversee global sales and marketing. It should be a relatively cushy job for Zellmer, given Porsche’s 11-percent U.S. growth through September and the hot-selling Macan SUV. Cayenne and Panamera models powered by turbodiesel V6s—which run with urea-injection systems—have not been implicated in the scandal.

VW Diesels Will All Get Cleaner

Volkswagen will use selective catalytic reduction (SCR) with urea injection on every new European and North American diesel model “as soon as possible,” the company has vowed. In a few sentences, this is SCR: After the exhaust exits the engine, a urea solution (roughly two-thirds water, one-third urea) is vaporized into the stream and breaks down the nitrogen oxide into ammonia and carbon dioxide. Then, a series of catalytic converters does the rest, with one reducing nitrogen oxide into nitrogen and water vapor; and another that oxidizes carbon monoxide and particulate matter from the diesel fuel into water vapor and carbon dioxide. Additional particulate filters downstream trap any remaining black soot. Lesson to learn: This is pricey technology, and it’s likely a big reason why VW didn’t use it on its four-cylinder diesel models.