The BBC Will Replace Chris Evans With… Nobody

New reports about the future of Top Gear surface. 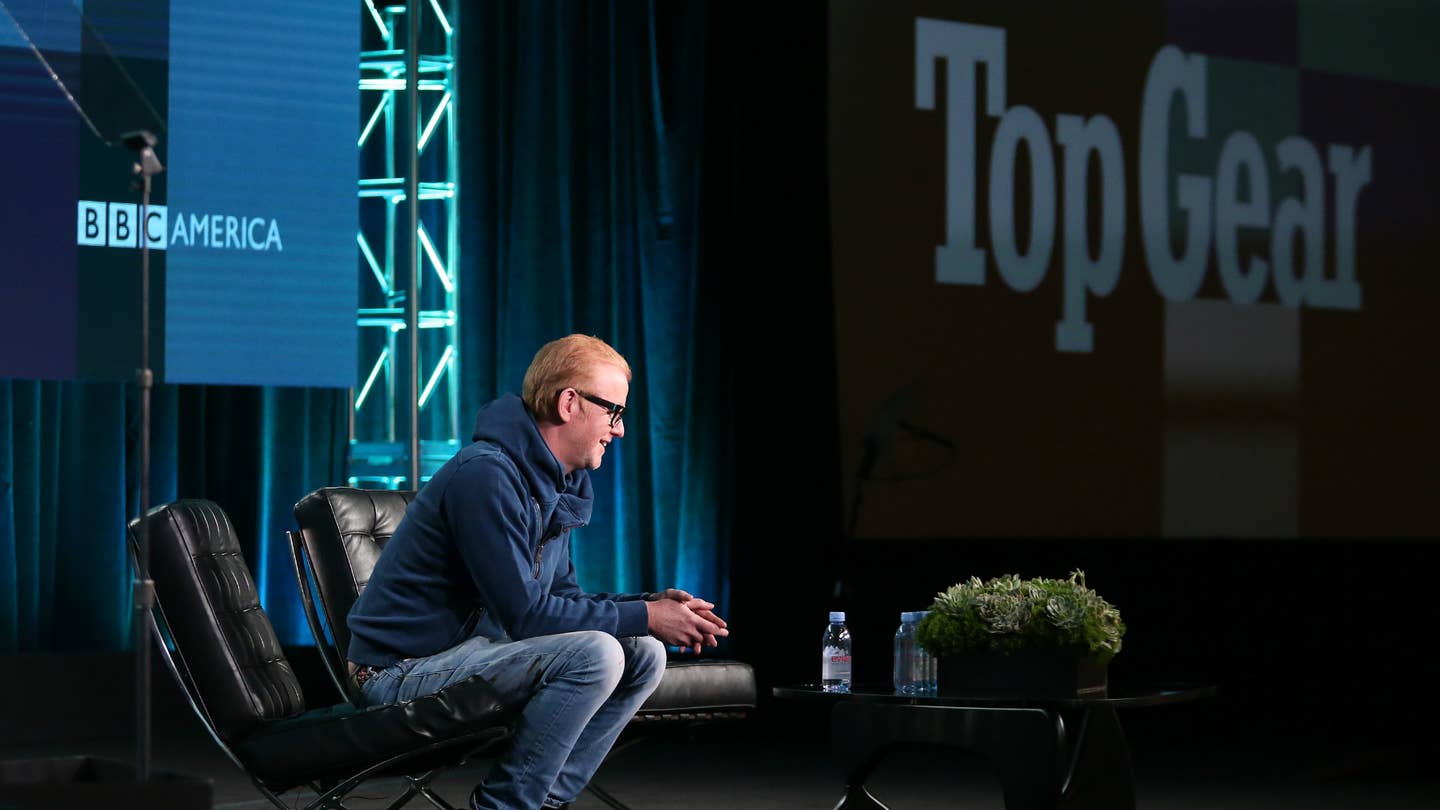 Following a six-episode stint, Chris Evans resigned his position as host of Top Gear on Monday. Initially, it looked to be the product of everything we already knew about the show’s reboot: Low ratings, lukewarm reception, and an incongruous cast. After revelations Tuesday, though, it seems that Evans’ departure might be the result of something far more serious and disturbing.

Either way, the question now is: Who will take his place as lead of the world’s most beloved motoring television show?

The rumor mill’s first two nominations were Tinie Tempah and Jenson Button. Both make sense. The British rapper’s cameo during the second episode was a season highlight, and he’s mentioned hosting before; Button will probably retire from F1 at the end of this year. But, according to Evening Standard, a BBC spokeswoman has confirmed that Top Gear has "no immediate plans to replace Chris Evans and do not expect to do so going forward.”

Barring any further shake-up, that means the cast will be Matt LeBlanc, Eddie Jordan, Sabine Schmitz, Rory Reid, and Chris Harris, plus a Stig. We’d expect LeBlanc to take a more prominent role but, if this BBC source is legit, he won’t become the outright frontman. It’ll be host by committee scenario.

Filming for the next season of Top Gear starts this September.