The new concept will give us a glimpse at Kia’s technological future. 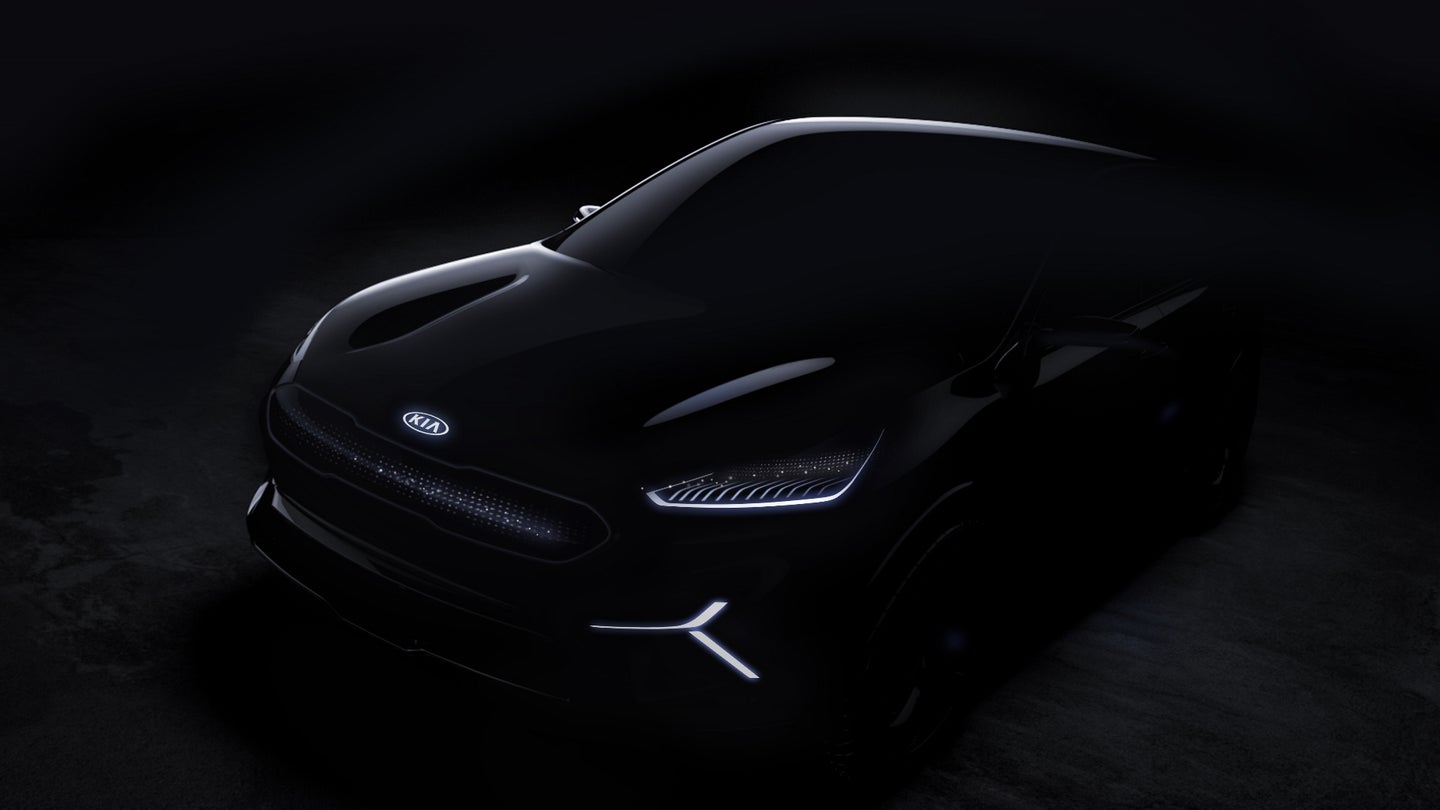 Kia just released teaser images of an all-electric concept vehicle it’s presenting at CES in Las Vegas next week. While the images are shadowy and don’t give us a clear view of the car, they actually reveal quite a bit.

The biggest hint as to what this thing is is the fact that it says “Niro EV” on the back. Between that and the Niro-like shape, these concept teaser images aren’t all that mysterious. It’s clearly an all-electric version of the Niro crossover which is currently available as a plug-in hybrid, although it is a concept and won’t be the production model.

Despite showing us the name of the car in a picture, Kia is still being secretive about its identity. The name “Niro EV” doesn’t appear anywhere in the press release aside from the image and the car is only referred to as a nameless, all-electric concept.

We reached out to Kia asking if it can confirm this is, indeed, a Niro EV and if so when it will be available for sale. All Kia told us is that our questions will be answered at the Kia press conference on Monday, Jan. 8.

Kia is hyping this concept to be more than just an all-electric version of the Niro. Kia is promising “cutting-edge vehicle interfaces, autonomous driving technologies and world’s first in-car 5G connection,” among other things. This concept will be a technological suite showing us where Kia is headed in the near future in terms of mobility and technology.

Kia will also be displaying something called a human-machine interface or HMI and a new “motion graphic” lighting system. We don’t know yet what exactly either of those things are, but we’re looking forward to learning more next week.

“Virtual reality, self-driving cars, and full vehicle connectivity were all once considered technologies of the distant future. As they rapidly become a reality, Kia is exploring how to adapt these new technologies for its customers,” said vice chairman and head of Hyundai-Kia R&D center in a press release. “At CES we will share our strategy and vision for future mobility, and exhibit a range of advanced technologies that our customers can look forward to.”