It may look strange but this race car weighs just 800 pounds and handles like a dream. 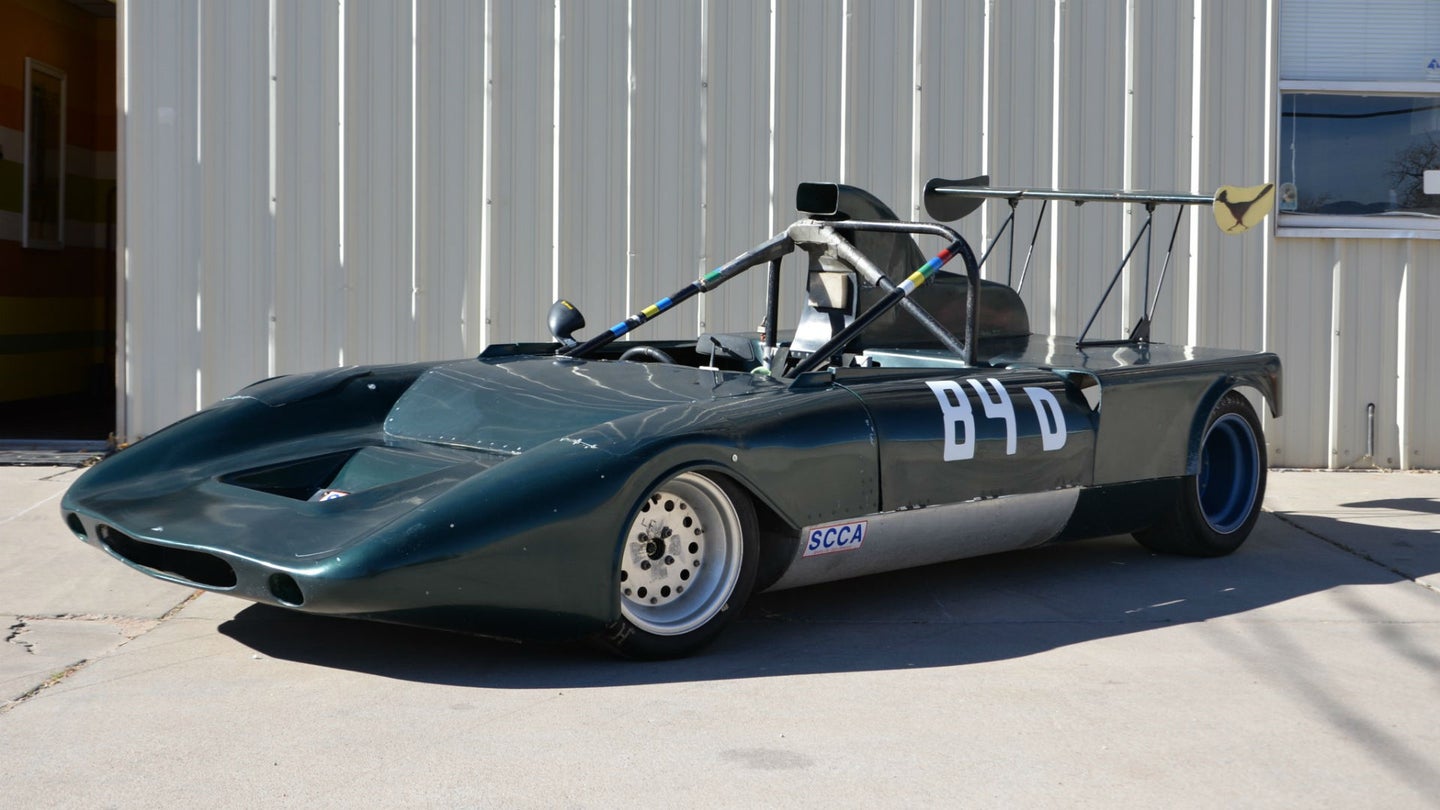 "When will the project car be finished?" is surely near the top of the list of questions car enthusiasts hate answering most about their hobby. If getting an old car running again isn't a challenge for you though, how about tackling a project race car?

Those up to the task should consider this non-running 1970 Quasar D Sports race car on Bring a Trailer. It's an odd looking vehicle with asymmetrical body panels and an excessively large rear wing, but the man who designed it, Fred Puhn, literally wrote the book on how cars can handle better. Like a certain hypercar unveiled last week, this racer puts function over form.

The Quasar is part of the D Sports Racing class, a group of closed-wheel road cars that typically weighed under 1000 pounds (driver included) and featured motorcycle engines. Thus, this car has an 850cc three-cylinder engine from a Suzuki bike and matching Suzuki five-speed gearbox. This tiny engine combined with the aluminum semi-monocoque chassis puts the Quasar's weight at just 800 pounds dry.

It was tracked many times by Bob Marshall, who won the 1974 SCCA National Championship with a car just like it (this example is a replacement). The Quasar's purchase comes with memorabilia like some of Marshall's medals and the trophy cup he won in the '74 championship. Also included is a 1970 issue of Road and Track that featured the car.

Unfortunately, the car hasn't run in 20 years and needs most of its wear items upgraded as well as a clean fuel system. Thankfully the frame is intact and the seller is including more than 25 spare parts so you won't need to hunt for many proprietary Quasar pieces if you do tackle this project.