The 35th Anniversary of the Mercedes C-Class

The compact class for Mercedes is steeped in racing tradition. 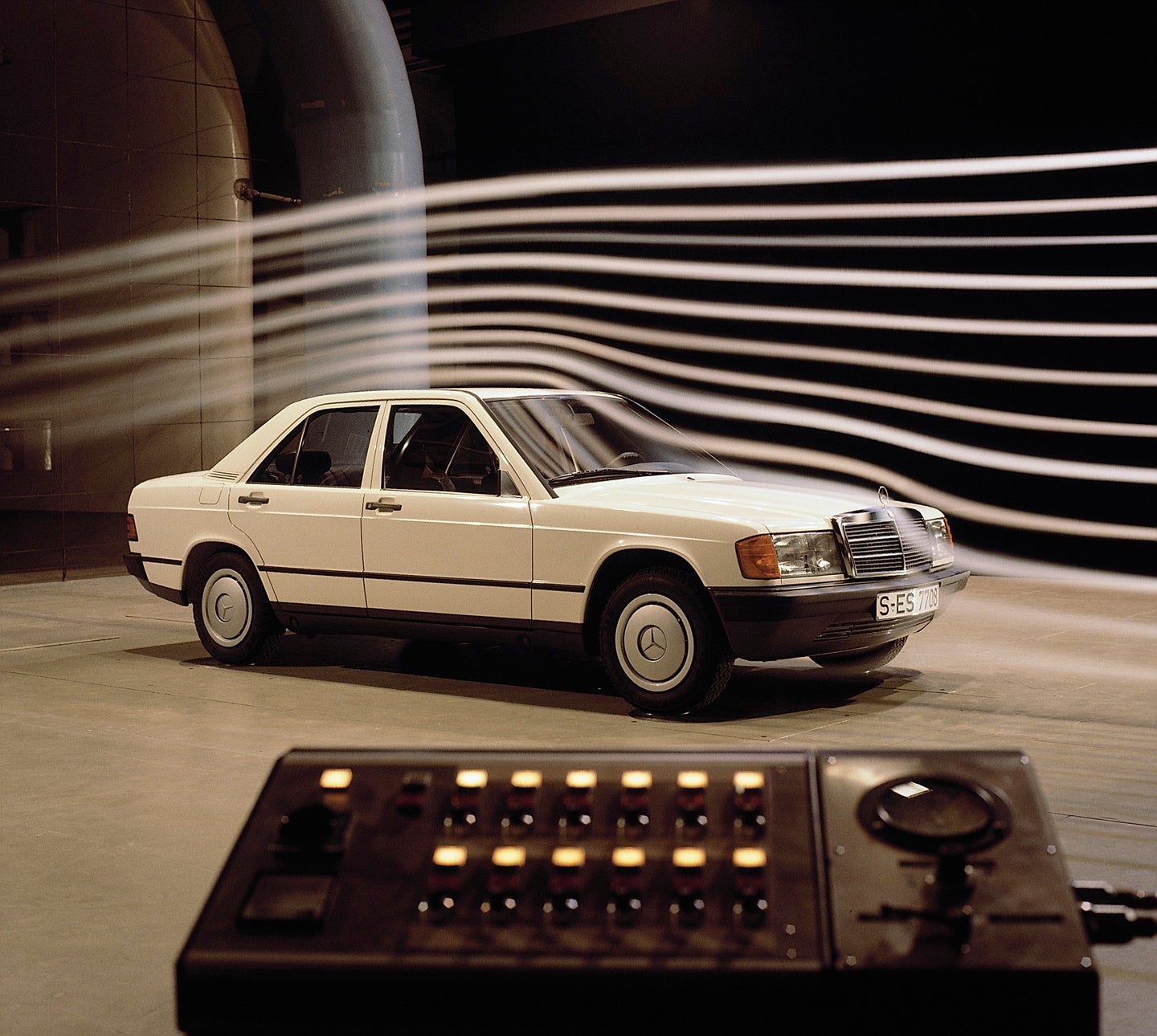 Thirty-five years ago, Mercedes-Benz launched its compact class we now know as the C-Class. Starting with the 190 and 190 E model, it was the fourth model series of the Benz family alongside the flagship S-Class, the mid-sized E-Class and the sporty SL sports cars.

The W201 series, as it’s known, was built between 1982 and 1993. These early cars were called the 190 or the “Baby-Benz” by enthusiasts. The base model 190 came with a 90 horsepower four-cylinder engine while the 190 E came with the stronger 122 hp variant. Through the years the class evolved, adding new engine and trim packages including several diesel models. The 190 D, debuted in 1983, was the first series-produced passenger car with engine soundproofing, helping it earn the nickname of the “whisper diesel.”

As with many Mercedes models, the C-class earned its stripes on the famed Nurburgring. In 1984, the 190E 2.3-16, with its 185 hp four-cylinder engine, helped inaugurate the new circuit at The Ring with 20 drivers lining up on May 12, 1984. The winner of that race was none other than famed Brazilian F1 driver, Ayrton Senna.

The early C-Class model line topped out with the creation of the 190 E 2.5-16 Evolution II. This high-performance version cranked out 235 hp and formed the foundation for some very successful race cars in the late ‘80s and early '90s. The car competed in the German Touring Car Championship, DTM, and helped Mercedes win two constructors’ titles in 1991 and 1992. Driver Klaus Ludwig won the DTM Driver’s championship in 1992. The next year, the AMG-Mercedes 190 E Class 1 was used.

Seeing the swanky C-Class now you feel removed from the sort of raw horsepower application needed in DTM race cars. However, with all things Mercedes, you can certainly feel the underlying racing heritage fueling its development from those early stages.