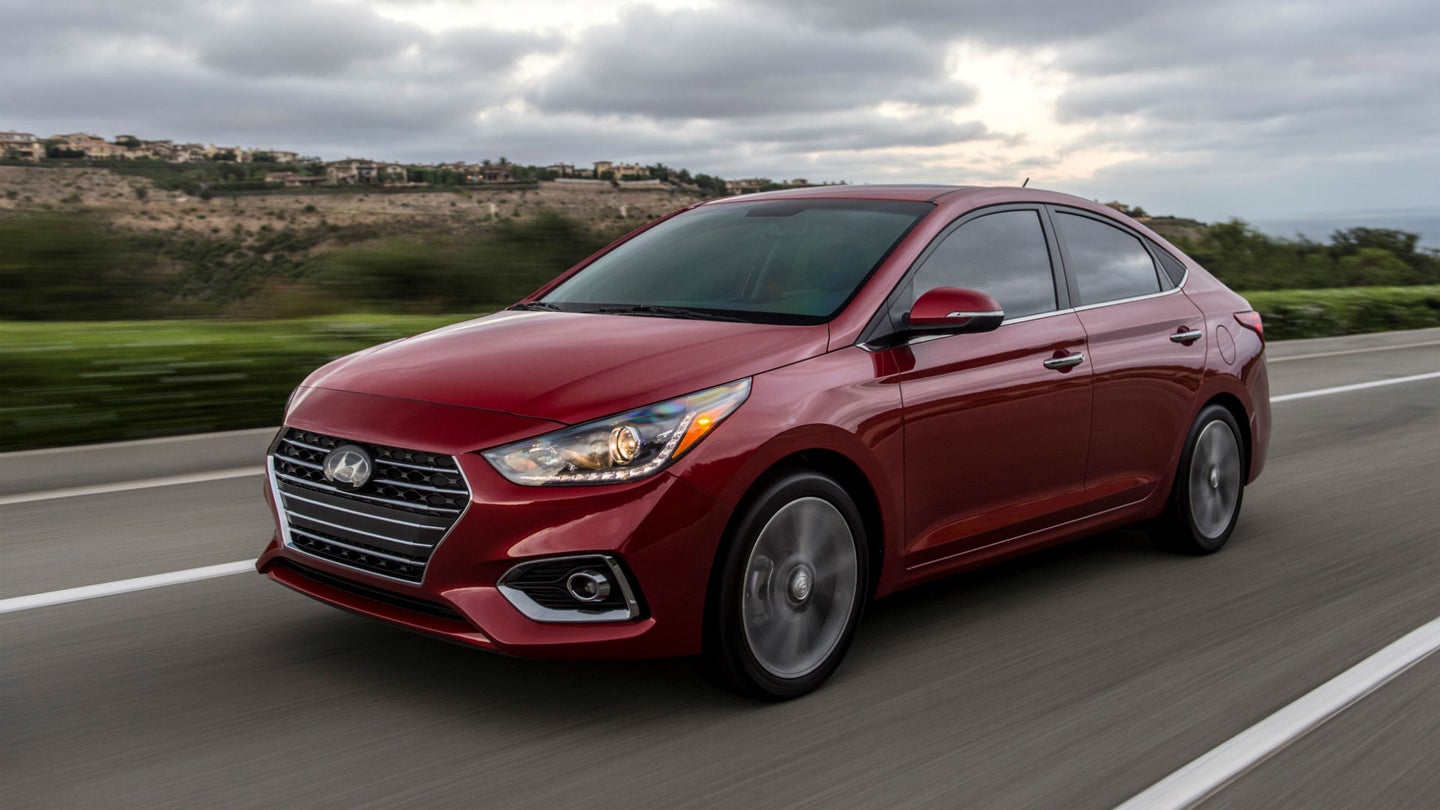 The Hyundai Accent is one of the most affordable new cars on the US market, giving the Nissan Versa a run for its money. That appeal still stands for the 2018 model year, as Hyundai just announced pricing for the new Accent, which starts at just $14,995 before destination charges.

If the Accent's MSRP isn't enough of a deal, you'll also save plenty of dough in gas thanks to the car's engine that makes up to 37 mpg.  Hyundai re-tuned the Accent's 1.6-liter GDI engine, optimizing it for better fuel economy, better throttle response, and more low-end torque.

It may not be the most technology-packed compact car, but the Hyundai Accent is a perfect car for those looking for a new sedan with just enough bells and whistles for a reasonable price.

Trims have been updated, but prices are staying low.

Sportier than a VW Golf but not quite a hot hatch. Where does the new Elantra GT fall?

Hyundai’s best-selling midsize sedan gets a makeover and new features.