Part of an Ivy League group of 10 who persuaded Henry Ford II to bring them onboard in the 1940s, Arjay Miller later left the automaker for academia. 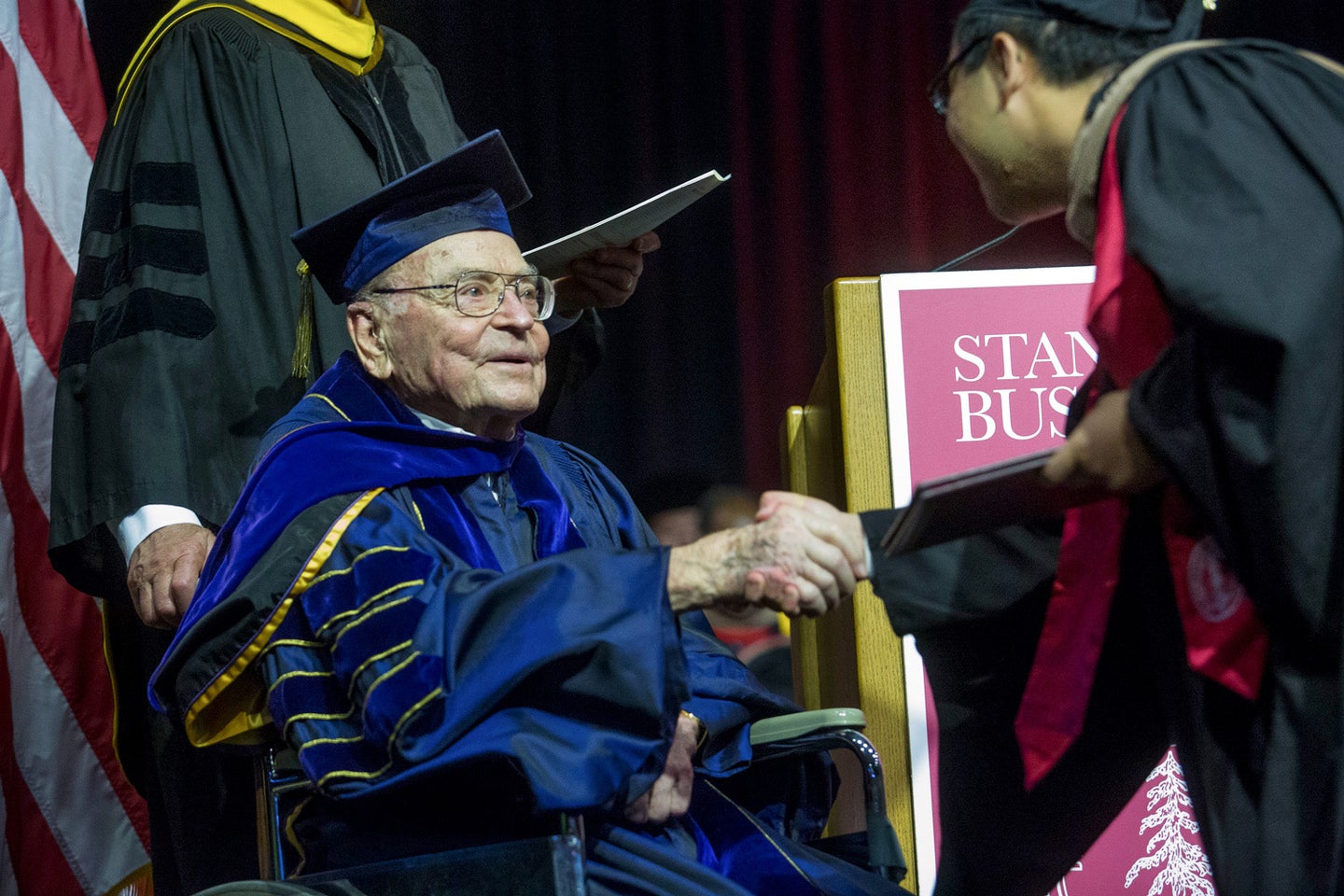 Arjay Miller, one of 10 so-called whiz kids hired by Henry Ford II to turn the automaker around, died on Friday at the age of 101.

Miller's death at his home in Woodside, Calif., was announced Wednesday by Standard University Graduate School of Business, where Miller was dean for much of the 1970s.

Credited with upgrading Ford's management, Miller was among a group at Harvard University that convinced Ford to hire them in the 1940s after nailing down statistical management techniques for the Army Air Force.

While Miller was president of Ford, the company tallied record sales and earnings, started marketing the Mustang and overhauled its outdated management and financial operations.

As dean of the Graduate School of Business at Stanford from 1969 to 1979, he broadened the curriculum to include ethics and public policy, and helped propel Stanford to the upper tier of U.S. graduate business schools.

“He was genuinely interested in providing GSB students with rich experiences and involvement in the public sector,” James VanHorne, a close friend, and professor emeritus said in the university's press release. “He felt that if you could work with individuals and organizations and help them be good managers, things could be better.”

Born in Shelby, Nebraska, on March 4, 1916, Miller was raised on his family’s farm and attended UCLA, graduating in 1937. During college, he met his wife, Frances, to whom he was married for 70 years. He was a doctoral student in economics at the University of California, Berkeley, when he left to serve as an Air Force officer in World War II.

After the war, Miller was one of 10 young officers dubbed the Whiz Kids hired by Ford to help turn the company around. He climbed to become president of Ford from 1963 until 1968. He then was recruited by Stanford.

“He had the vision of an economy where business and government work together as opposed to against each other,” said Neil Malhotra, a professor of political science at the university, said in its release. “He knew that this could only happen if business people took interest in public matters and if government had insights into how business works.”