‘Try building your cars in the United States instead of shipping them over. Is that possible to ask?’ 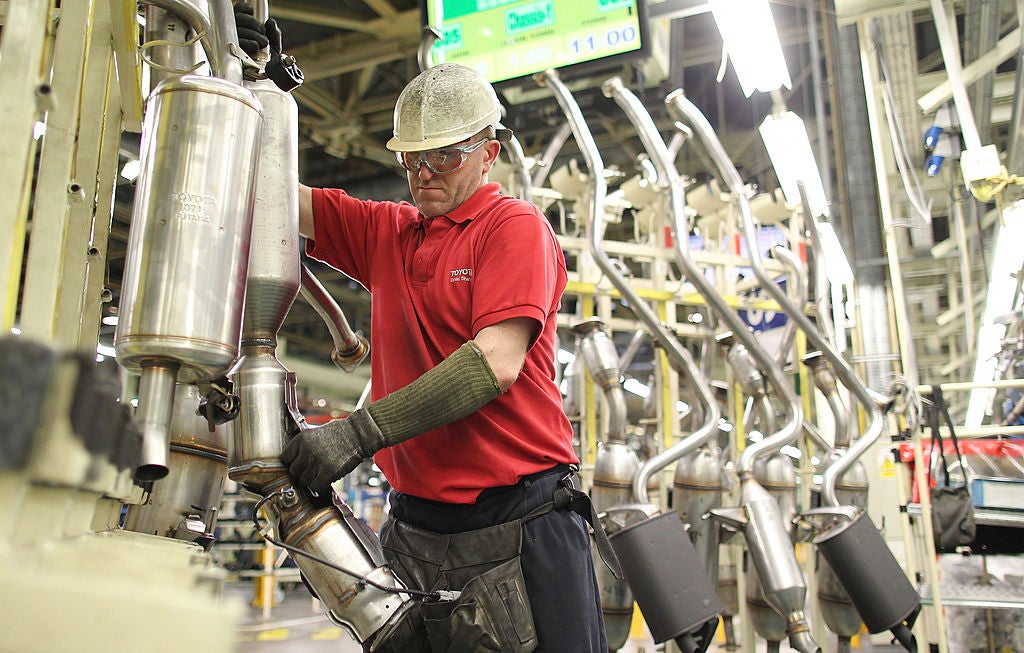 Love him or hate him, President Trump certainly speaks his mind. Sometimes that gets him into trouble, whether it's about North Korea, kneeling NFL players, or Germany selling too many imported cars in the U.S. The latest Trump-speak kerfluffle involves him telling Japanese auto manufacturers that they should build more cars in the U.S. when they already do, as reported by CNN. But is that really what happened?

When President Trump declared that "The Germans are bad, very bad," because BMW imports so many cars to the U.S., he failed to understand just how many German-branded cars are built by American workers on American soil. BMW's plant in Spartanburg, South Carolina, just celebrated its 25th anniversary. All BMW X-Series crossover vehicles are currently built there, and the explosion in their popularity has made Spartanburg one of BMW's most important facilities in the world.

In light of his earlier remarks about Germany, it's easy to assume Trump's comments on Japanese manufacturing came from a similar place of ignorance. But The Washington Post provided a different context for Trump's remarks—one that isn't actually ignorant at all. Here is some more of his statement surrounding the quote that everyone has picked up on:

"I also want to recognize the business leaders in the room whose confidence in the United States—they've been creating jobs—you have such confidence in the United States, and you've been creating jobs for our country for a long, long time. Several Japanese automobile industry firms have been really doing a job. And we love it when you build cars—if you're a Japanese firm, we love it—try building your cars in the United States instead of shipping them over. Is that possible to ask? That's not rude. Is that rude? I don't think so. (Laughter.) If you could build them. But I must say, Toyota and Mazda—where are you? Are you here, anybody? Toyota? Mazda? I thought so. Oh, I thought that was you. That's big stuff. Congratulations. Come on, let me shake your hand. (Applause.) They're going to invest $1.6 billion in building a new manufacturing plant, which will create as many as 4,000 new jobs in the United States. Thank you very much. Appreciate it."

If you can manage to get through that long rambling statement, it's clear that Trump is not criticizing the Japanese auto manufacturers, but recognizing that they already build many cars in the U.S. and praising them for it. After all, this is exactly what he wants. Rather than building cars overseas and importing them, they're building cars here, creating jobs for American workers. Toyota and Mazda's investment in a new plant will do even more of that, for which Trump appears genuinely pleased.

CNN has since updated its article to mention Toyota and Mazda's new plant and Trump's favorable comments about it, making it a little more clear that this isn't just another piece of "fake news." But still, much of the automotive press has gone wild reporting this as Trump's latest statement where he gets the facts completely wrong. We have and will continue to call him on his mistakes or misleading statements when he makes them. But in this case, it seems he actually got it right.

NASCAR’s flagwavers were out in force this weekend, despite Dale Earnhardt Jr.’s support of kneeling NFLers.