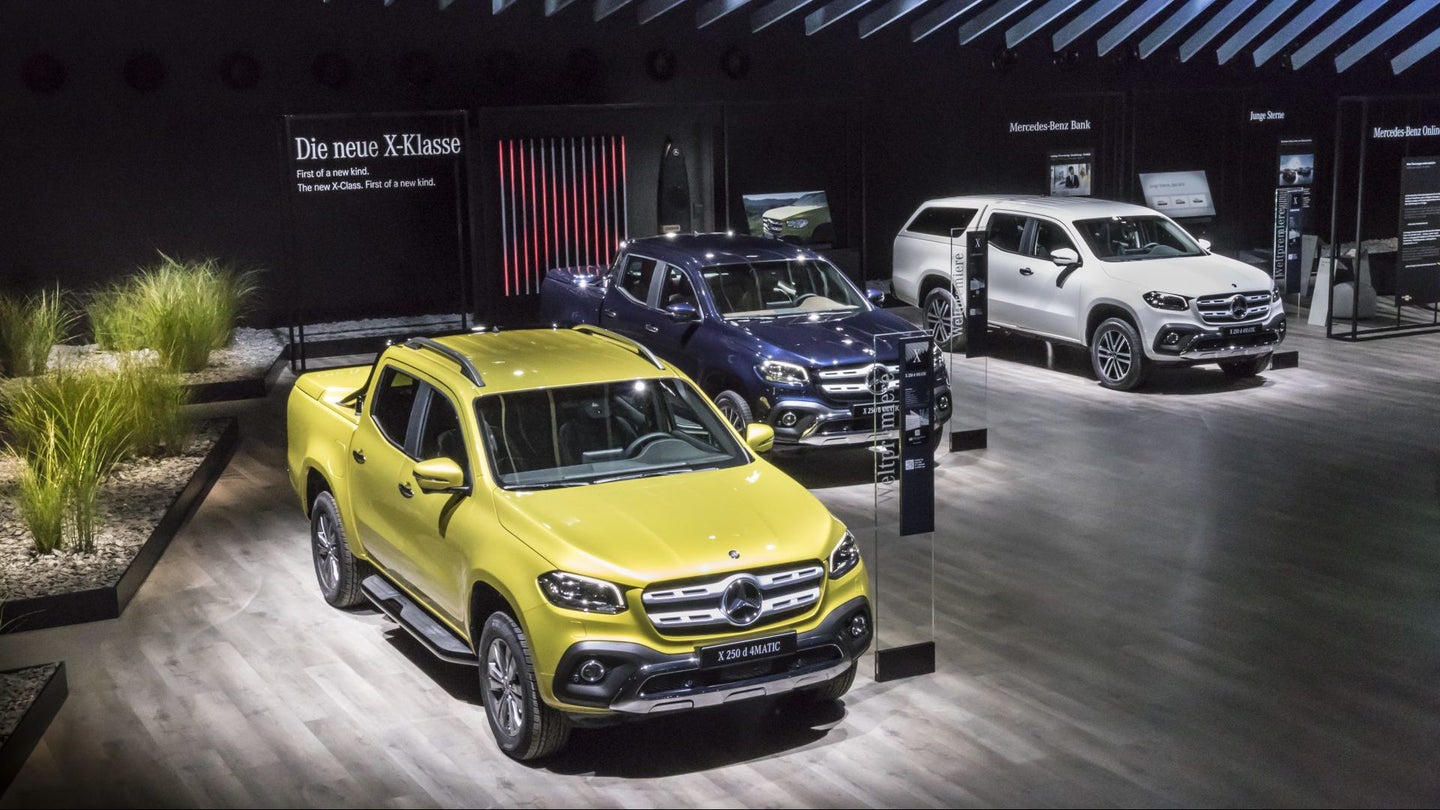 One BMW exec is really not a fan of Mercedes-Benz's new X-Class pickup truck.

"When you look now at our German competitor from Stuttgart, I think that product is appalling," von Kunheim said. "I saw that car in Geneva and was actually disappointed. Very disappointed."

"They can do better. They build fantastic cars, but this one was a disappointment," the Munich man added.

In an attempt to show that this was more than expected smack talk from an arch-rivaling brand, von Kunheim said that various members of the automotive press also shared his views on Merc's new truck.

"I listened to some of your [media] colleagues from other countries. They said it was very cheap, very plasticky, not very much Mercedes-like what you would expect," he said.

Yet von Kunheim said that a BMW pickup is in the cards, and he showed off a phone case bearing a rendering of a BMW truck. Render-emblazoned phone cases are the future of new car announcements, I'm telling you.

In terms of development outside of outlandish smartphone accessories, von Kunheim said that BMW engineers are currently in the investigation stage, looking into what it takes to build a truck that doesn't suck.

Motoring predicts that a BMW pickup truck would skew towards performance rather than utility, using the monocoque platforms found in the X5 or upcoming X7 crossovers.