This bizarre one-car accident is certainly not something that you see every day. 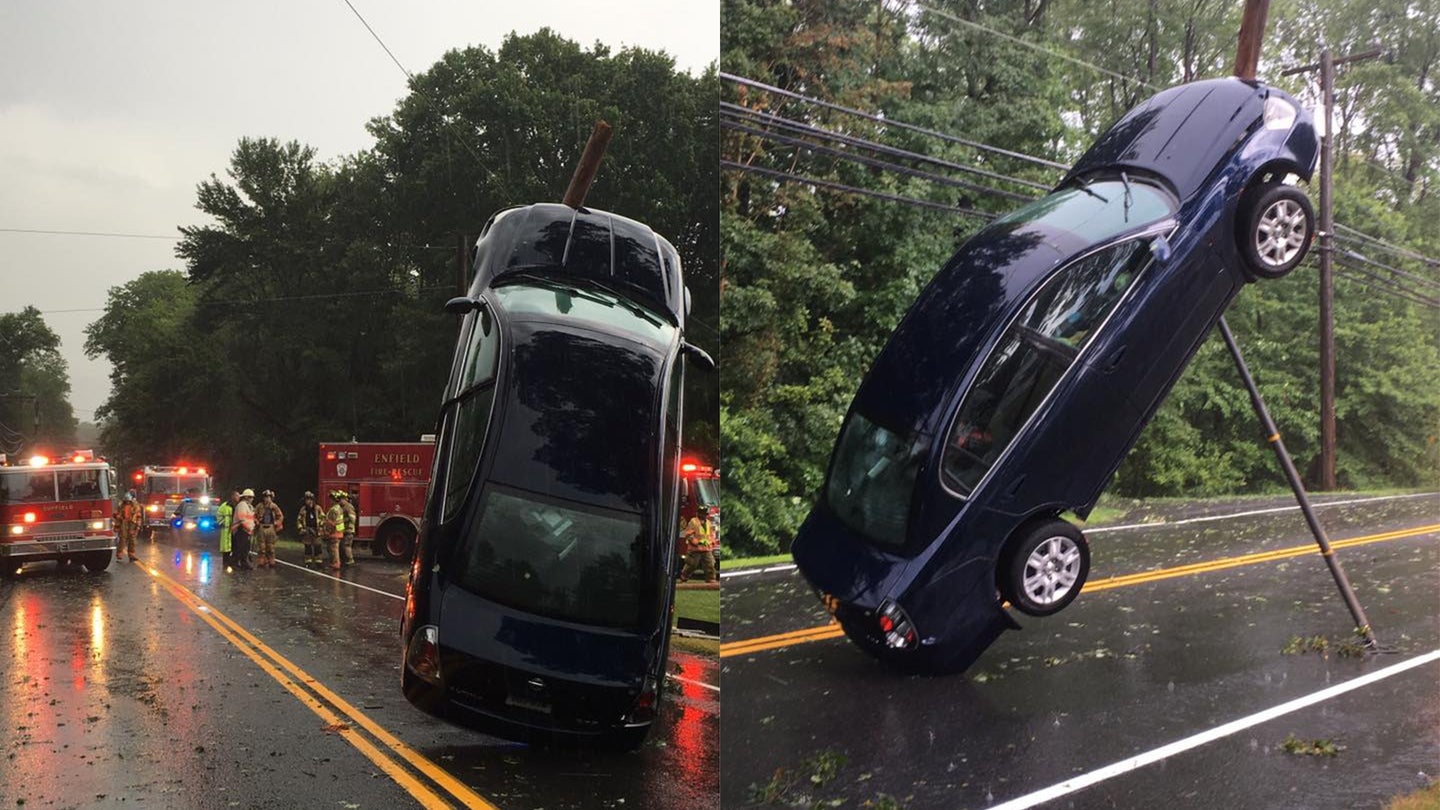 A mother and her two young children were driving home in Suffield, Connecticut, when they were involved in a single-car accident that caused their car to be collected and strung up by some roadside power lines on Wednesday, according to Fox61. No injuries were reported.

Lisa Beaulieu and her children were returning from her mother-in-law's house when a nasty rain storm rolled in. Beaulieu watched debris from a tree strike a telephone/power line pole. The pole broke near the top and fell to the road, according to Fox61.

“At that point, we were pretty much right underneath it,” said Beaulieu. “What we didn’t know at the time was that there was a wire still attached to it.”

The piece of the pole, with the lines still attached, got lodged in and under the front of Beaulieu's car. Our best guess is that she continued forward, putting tension on the lines, which were still connected to another pole. That pole and the line pulled back before breaking, lifting the front end of her car up into the air.

Beaulieu and her children, ages four and five, were then trapped in the car as it dangled from the line. The car hung there, balanced on its rear bumper for about 45 minutes. Beaulieu was a little freaked out. “I was panicking but I did understand obviously. They knew that we were in the car. I knew that we were safe.”

Suffield Firefighters and linemen from Eversource (the regional power provider) arrived on scene. After verifying that there were no live wires involved, the rescue began. A pole was used to stabilize the car. Firefighters first carried the children out and then brought in a ladder for Beaulieu to climb down on.

As mentioned above, everyone walked away uninjured. But they do have an interesting story of a bizarre

accident, the likes of which usually only happen in the movies.