Officers found the man with open containers and without any clothes on. 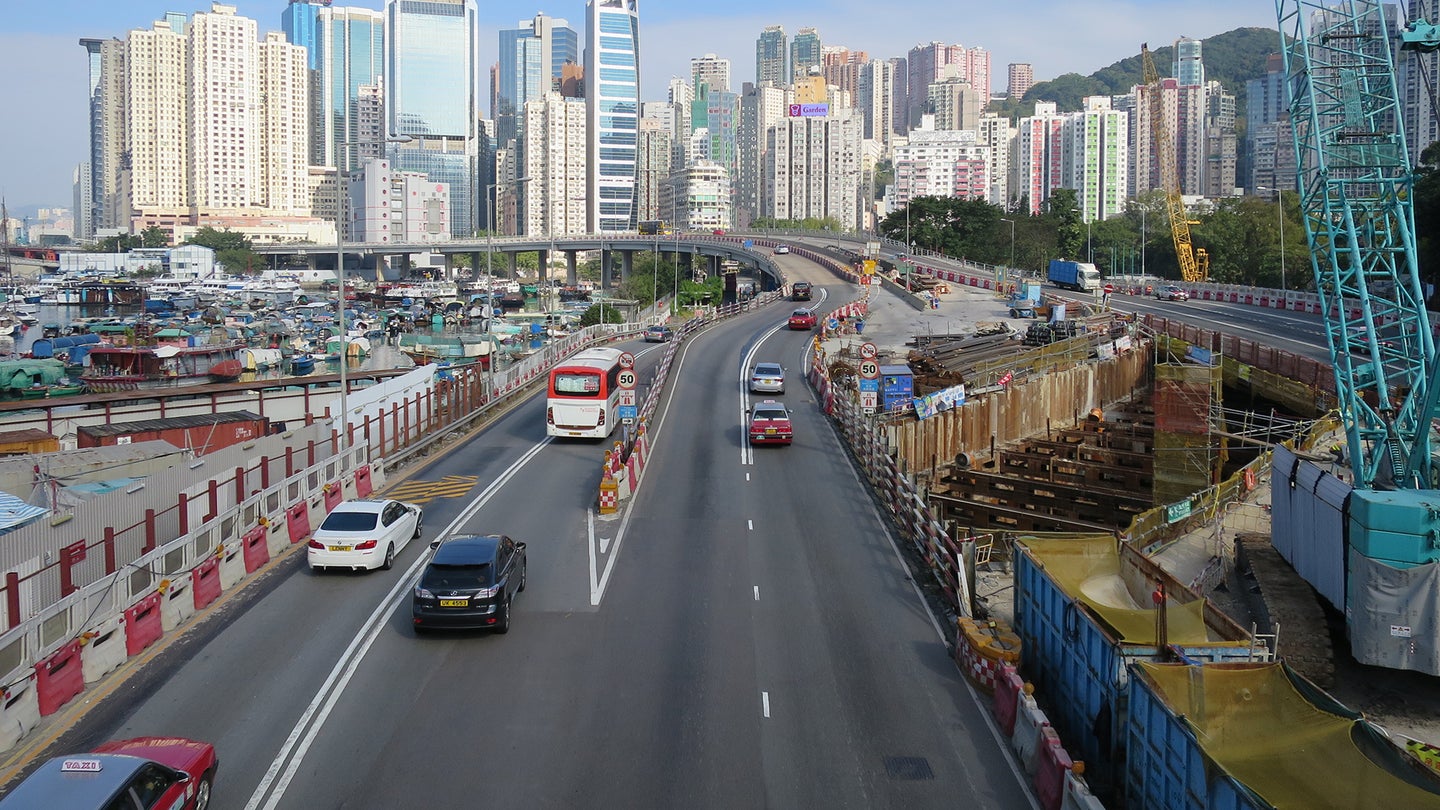 Driving naked and causing trouble: two terrible tastes that go terribly together, and yet seem to be a popular combination nonetheless. Earlier this week, a Massachusetts man was arrested not just for (allegedly) driving without his clothes, but also without regard for other human beings, allegedly barreling down the road—again, reportedly naked—at triple-digit speeds.

Northampton police received several reports on the morning of July 18th about a black 2005 Ford F150 driving erratically along Interstate 91. A state trooped spotted a vehicle that matched the description, which almost immediately caused an accident with a box truck as it changed lanes without signaling. The trooper continued to follow the vehicle and claims to have clocked it traveling at a high rate of speed. As the pickup entered a construction zone with a reduced speed limit of 45 mph, the truck continued to disregard posted limits. At one point, the pursuing officer clocked the driver traveling at speeds of 105 mph through the construction zone.

The officer managed to stop the suspect sometime later after he was forced to slow down in traffic. A local news station reported that the officer found the driver naked and attempting to cover his lap using a pair of pants—though not in the traditional manner. Officers removed the man from the car and performed a field sobriety test, which the suspect failed. A lab test later revealed a blood alcohol level of twice the legal limit.

The office then searched the truck where he found an empty bottle of alcohol, three empty beer cans, and five additional, unopened bottles of beer. The suspect was charged with several traffic violations, including operating a vehicle while under the influence.

It might be the alcohol, or maybe the lack of clothes, but these extreme incidents seem to be occurring quite a bit this year. Fortunately for everyone involved, no injuries were reported. It might be time to give Uber another chance, rather than risking your license, to say nothing of other people's lives.

24 Year-Old Dives From Car at 65 MPH After Argument With Girlfriend, Police Say

Buddy, it might be time to reevaluate your relationship.

Watch a Naked Man Hijack a Cab and Immediately Crash It

The theft and wreck occurred in Philadelphia on Monday. “He was completely nude. He had nothing on him but what God gave him,” a bystander said.