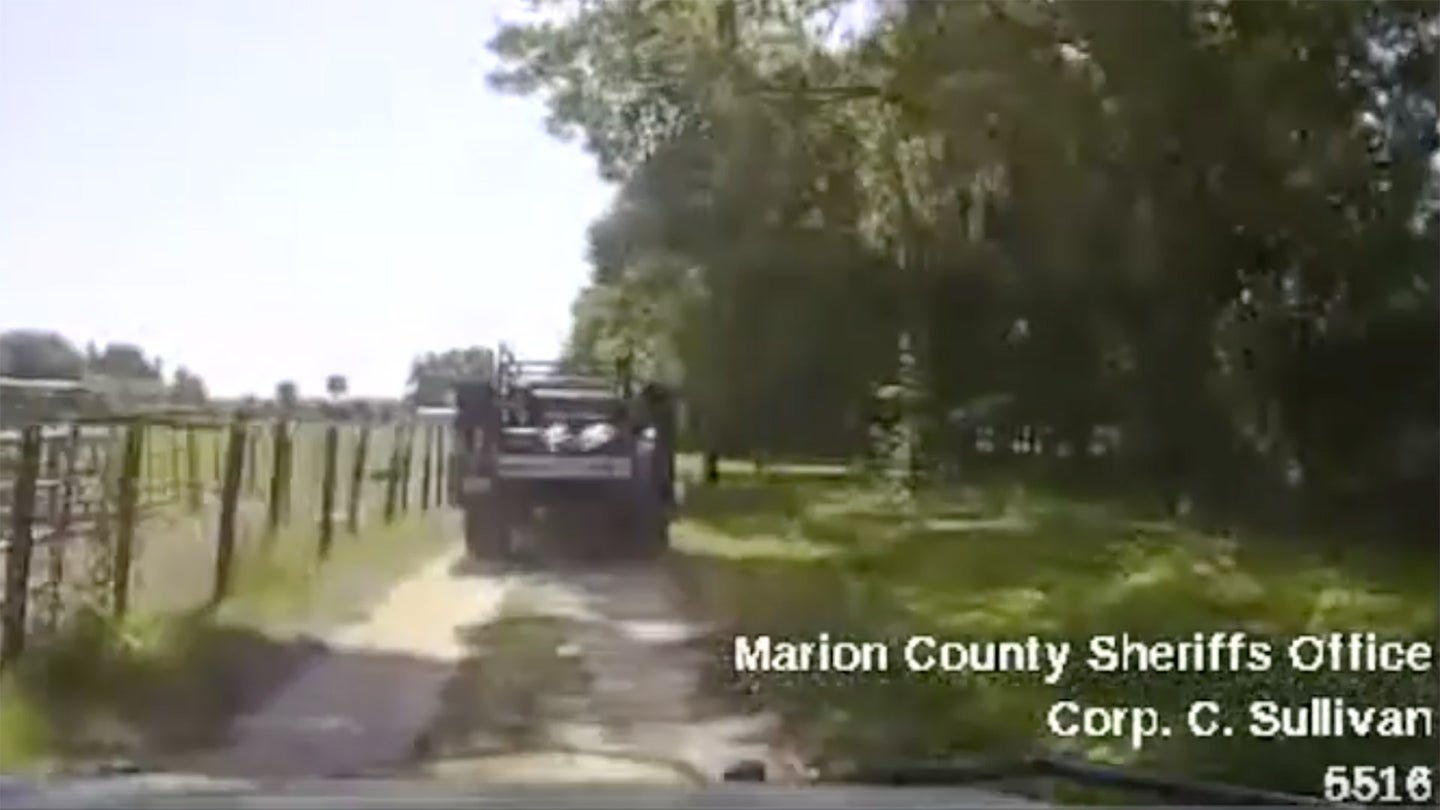 A police pursuit can be one of the most dangerous activities an officer will participate in during his or her career. Between the high speeds and number of variables constantly at play, an officer needs to be at peak awareness to bring the situation to a safe close. This past week Marion County Sheriff's Office participated in an adventurous pursuit when they traveled the majority of northeast Marion County in pursuit of a Ford F-450 work truck that isn't a huge fan of roads.

The pursuit starts when Ocala Police Department requests Marion County Sheriff's K9 Deputy Corporal Colton Sullivan to join the pursuit. Initially Sullivan is second car in the pursuit but quickly hops into the first car slot when the pursuit takes a turn offroad. Although the truck being pursued came in contact with several spike strips, the large tires faired well and the alleged car thief, Gregory Walker, was able to continue his dash to freedom.

In an attempt to lose the police, Walker plowed through several cattle fences and covered significant acreage as he went from one field to another. Eventually Corporal Sullivan was able to PIT the vehicle and extricate Walker from the driver's seat. Perhaps the weirdest part about this whole story is that walker said, "I was just giving ya'all something to do," when officers removed him from the vehicle.

This pursuit also serves as a solid argument for why your department should have at least a few four-wheel-drive patrol cars.