You Should Totally Buy This Cherry 1987 BMW 7 Series

A 1987 BMW 735i with shiny chrome bits is an epic piece of Bavarian automotive history—starting at only $1,000. 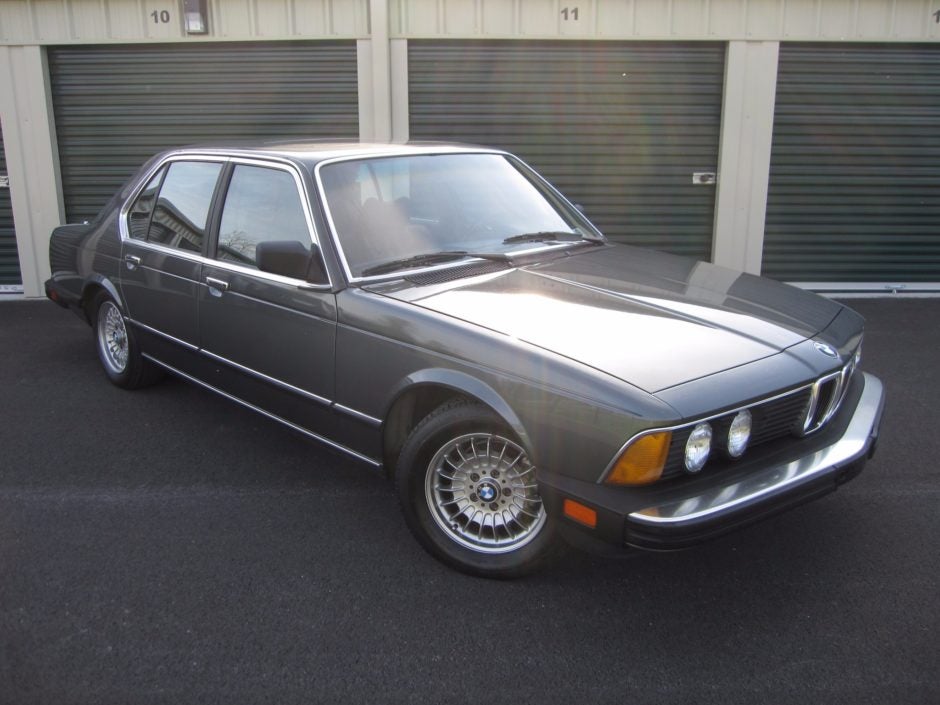 A dealer in Rochester, New York is offering a one-owner 1987 BMW 735i with 145,000 miles on Bring a Trailer, at a starting price of just $1,000. With only minor paint chips and oxidization affecting this E23 7 Series, the car still looks gorgeous today. The dark grey paint is original from the factory, and the listing's author says the car cruises nicely at highway speeds, with no reported motor or transmission issues.

The interior is gorgeous, complete with a red leather interior and light brown wood trim. With little dash cracking and minimal discoloration of the wood, the guts seem to have held up nicely. All equipment is described as operational, except a passenger window and isolated issues with the cassette.

In some ways, the E23 looks like a large version of a mix between the E12 and E28 5 Series. Although the suspension tends to wallow around the corners, the vehicle reportedly hustles when set around the curve properly.

As an example of the first-ever 7 Series, produced from 1977 to 1987, this BMW 735i is a true classic. With the E23, BMW introduced an on-board computer, service interval indicator, a "check control panel," and even a dictaphone and automatic climate control for the first time. Even ABS and a driver's airbag were firsts for BMW on the E23 7 Series.