At the same track where it all fell apart for Tsunoda last year, he turned it around. 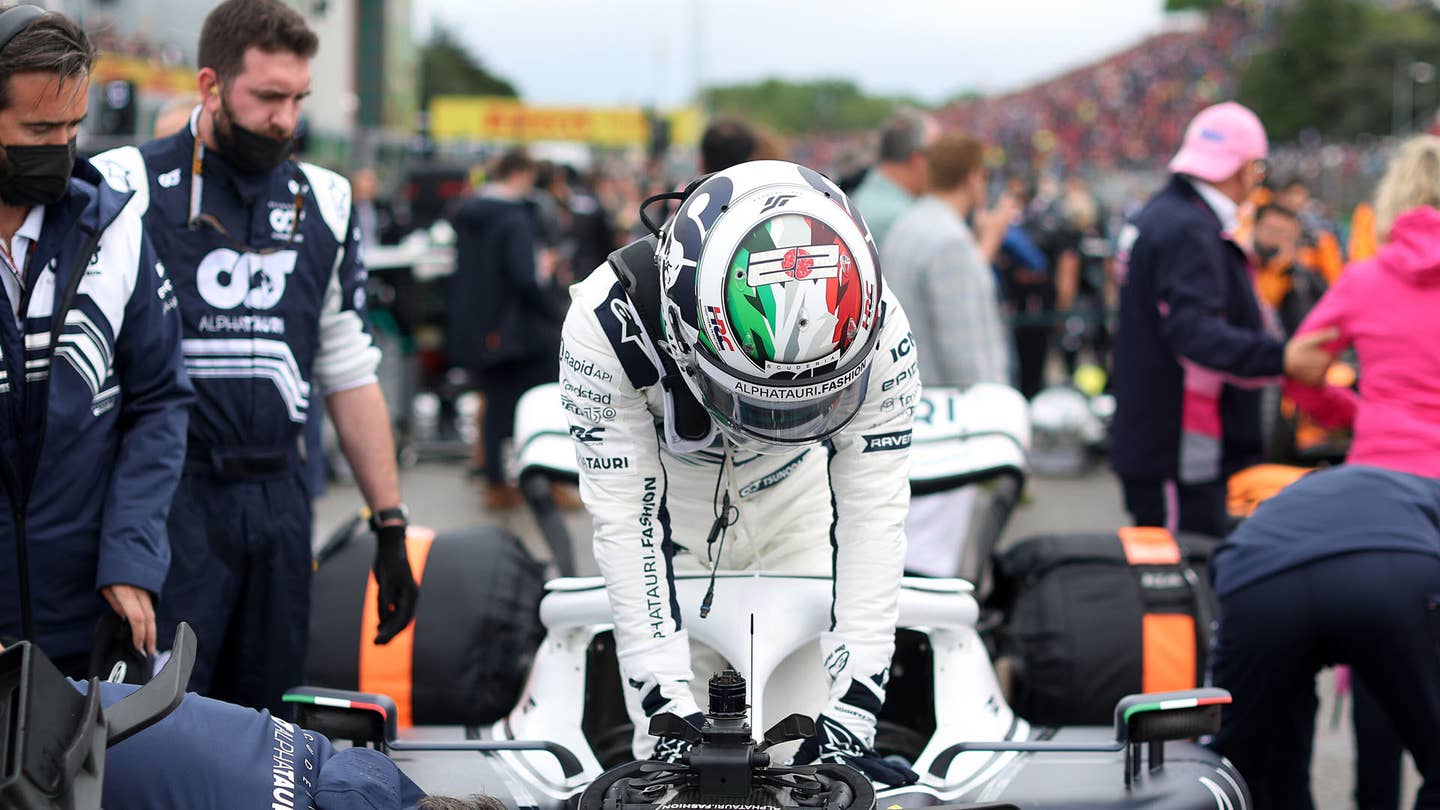 Last year's most promising Formula 1 rookie Yuki Tsunoda was a hero at the 2021 Bahrain race but entered into a downward spiral at Imola after a heavy crash. This time around he took his best result of the year so far (P7) and pulled ahead of his teammate in the points for the first time ever. It took a lot of the 2021 season but Tsunoda's got his groove back in a perfect example of how a driver rebuilds confidence.

Tsunoda had a great start to his rookie year, having come into F1 off the back off a successful year in Formula 2. His performance in the opening round in Bahrain was so impressive that Ross Brawn calling him "F1's best rookie for years" and it was all looking great for Tsunoda to fly Honda's flag in its final F1 year. But then on his first lap of qualifying at the next round, in Imola, disaster struck.

He crashed very badly in the Variante Alta chicane, seriously damaging his AlphaTauri. Coming on his first fast lap, after what had looked like fairly strong performances in free practice in Imola, it was a pretty major blow to his confidence. After that, Tsunoda didn't seem to be able to stop crashing and he only scored a handful of points while teammate Pierre Gasly was a runaway success.

Everyone loves Yuki. The other drivers are kind of obsessed with him, he got by far the best episode of the last Drive To Survive season. But F1 doesn't decide if you keep your drive because you're a funky guy who gives incredible quotes; it's about performance and drivers have to have confidence to deliver that. No driver has got in a car they don't think they can control and put in a good lap, with the possible exception of Charles Leclerc's unhinged behaviour during the 2020 Ferrari tractor championship, and for a rookie, it's especially hard to know what to do to regain that.

Tsunoda looked helplessly lost in the middle of last season. Because F1 is a contest of human and machine but commenting on it is a bloodsport, there were plenty of people who said Tsunoda should be out of a seat, that he'd fraudulently convinced everyone he was brilliant because of a couple of F2 performances and a Bahrain fluke, and that he should be out on his ear in favor of any of the up-and-coming Red Bull juniors. Rumors abound that it was only Honda holding him in his seat and Tsunoda himself was acutely aware he could lose it, trying to contend with a move to Italy and a new, hardcore training regime alongside hours of daily engineering briefings and English lessons.

It wasn't just Tsunoda it was happening to. Over at McLaren, Daniel Ricciardo had lost his confidence in the car and even his own driving abilities. Ricciardo's problems were less dramatic than Tsunoda's, maybe, in that he wasn't crashing spectacularly, but he seemed equally at a loss to deal with them despite having been in F1 longer than Tsunoda had been out of karts. In 2020 Sebastian Vettel faded for his final year in scarlet, either unwilling to take the risks required to get results in a distinctly sub-par car or unable to find that edge. In 2022, Lewis Hamilton is unhappy with the uncontrollably porpoising Mercedes and putting in out-of-character performances, despite a decade-and-a-half of proof of his consistency.

Getting back confidence once you've lost it is really tough. When Tsunoda scored his career-best finish at Abu Dhabi, coming in fourth, he said it had been "a long journey to improve my confidence from, especially, Imola,“ and admitted "I really struggled."

Returning to the scene of what had been the start of a career-shaking, stress-inducing time for him, Tsunoda seemed on much better form. "Last year, I was worried about the sprint qualifying with only having one practice session before qualifying," he admitted. "But this season I feel much more confident, also because Imola is a track I know well as I have driven a lot of laps there. Also, I now know how to approach the sprint weekends and hopefully it will end in points for us."

It did. While teammate Gasly ended up stuck fighting Hamilton for points-less positions, Tsunoda came home with the goods in seventh. For AlphaTauri, that's a good result at the moment, the team's highest finish this year and a very different mood from either of them. Tsunoda said he was "super happy with today" while Gasly could only cite frustration, especially not to perform in front of a lot of factory staff at what's the team's home race.

Not that there's a recipe for rebuilding a driver's confidence (every one of them will have something else that clicks) but the youngest driver on the grid might be at least an inspiration for some of his more experienced peers who've suddenly found themselves struggling.