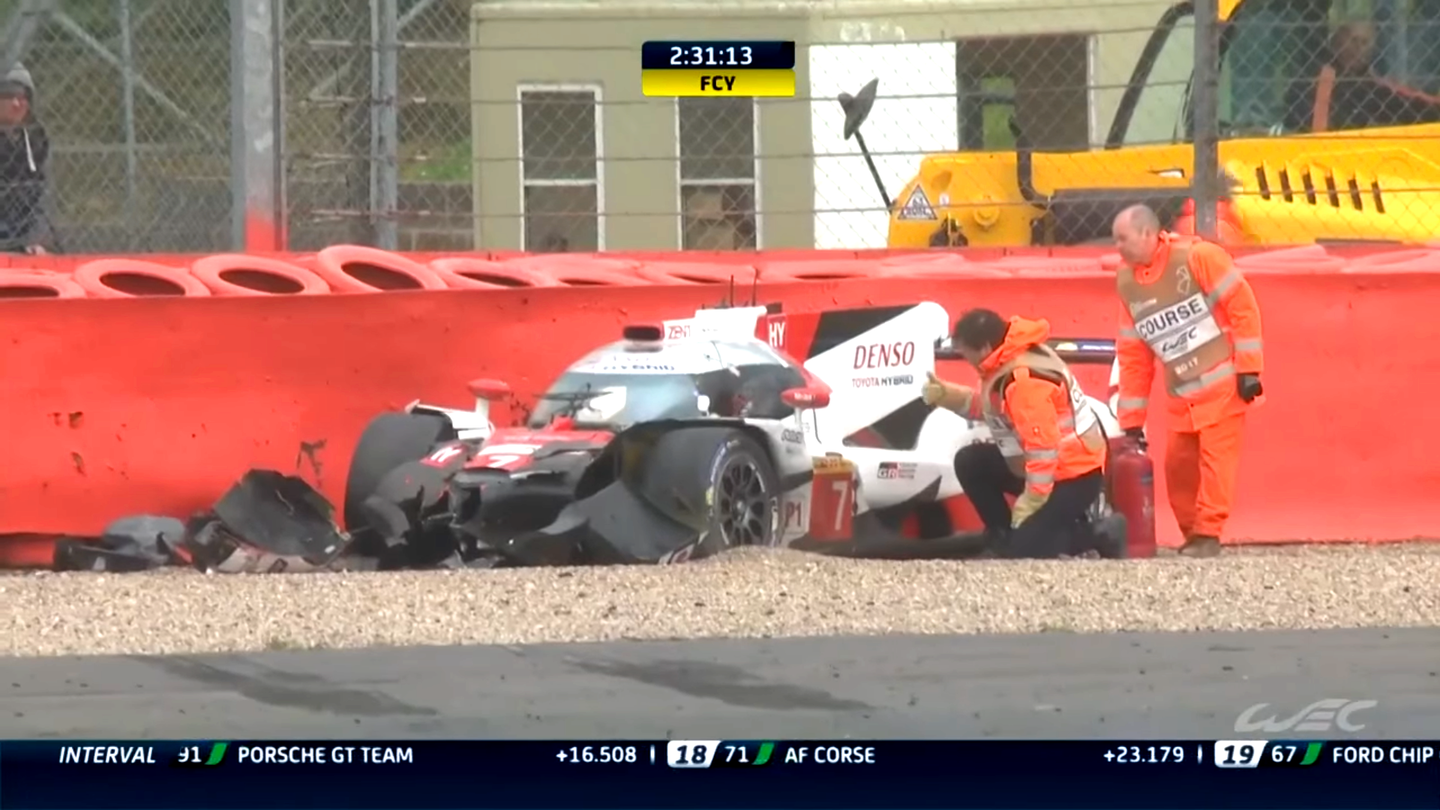 If yesterday's events are any indication, Toyota's FIA World Endurance Championship team appears to be on the warpath after losing last year's 24 Hours of Le Mans in particularly heartbreaking fashion. It's not enough to simply prevent a rerun of the tiny mechanical failure that cost them one of their greatest victories ever—no, apparently they've decided that not even a crash that obliterates the front end of one of their TS050 Hybrid Prototype race cars and sends its driver to the hospital will be enough to stop them this year. The series is no stranger to high-stakes heroics, but Toyota's own little Easter miracle deserves some serious props.

It was damp and cool at the 6 Hours of Silverstone yesterday in England (surprise), the season-opening race for the 2017 WEC series. Newcomer José María López was driving the pole-position #7 Toyota TS050 in the race's fourth hour when he clipped a painted curb coming into the Copse corner and flew off the track, smashing into the tire wall with a serious amount of speed. Incredibly, despite having hit the barrier with enough force to destroy the front end and trigger a medical alarm that would later send him to the hospital for testing, López was able to nurse it back to the pits where the team immediately got to work.

Though the car's mid-engine setup likely spared some key components and front clips are easy enough to replace, the shots of López driving the wreckage reveal a significant amount of suspension damage. But in less than two hours, the team had it all patched up and sent it back out with replacement driver Mike Conway behind the wheel to finish the fight. They lost a lot of laps and ended up placing 23rd, but let's be real, the fact that they were able to finish at all is an incredible accomplishment.

Happily for Toyota, their other TS050 eked out a narrow overall victory a mere six seconds ahead of Porsche, and López was later released from the hospital and is reportedly fine. The series' next race at Spa-Francorchamps is in early May—you can bet the team will be honing their quick-rebuild skills before then.