It comes down to two things: technique and gear. 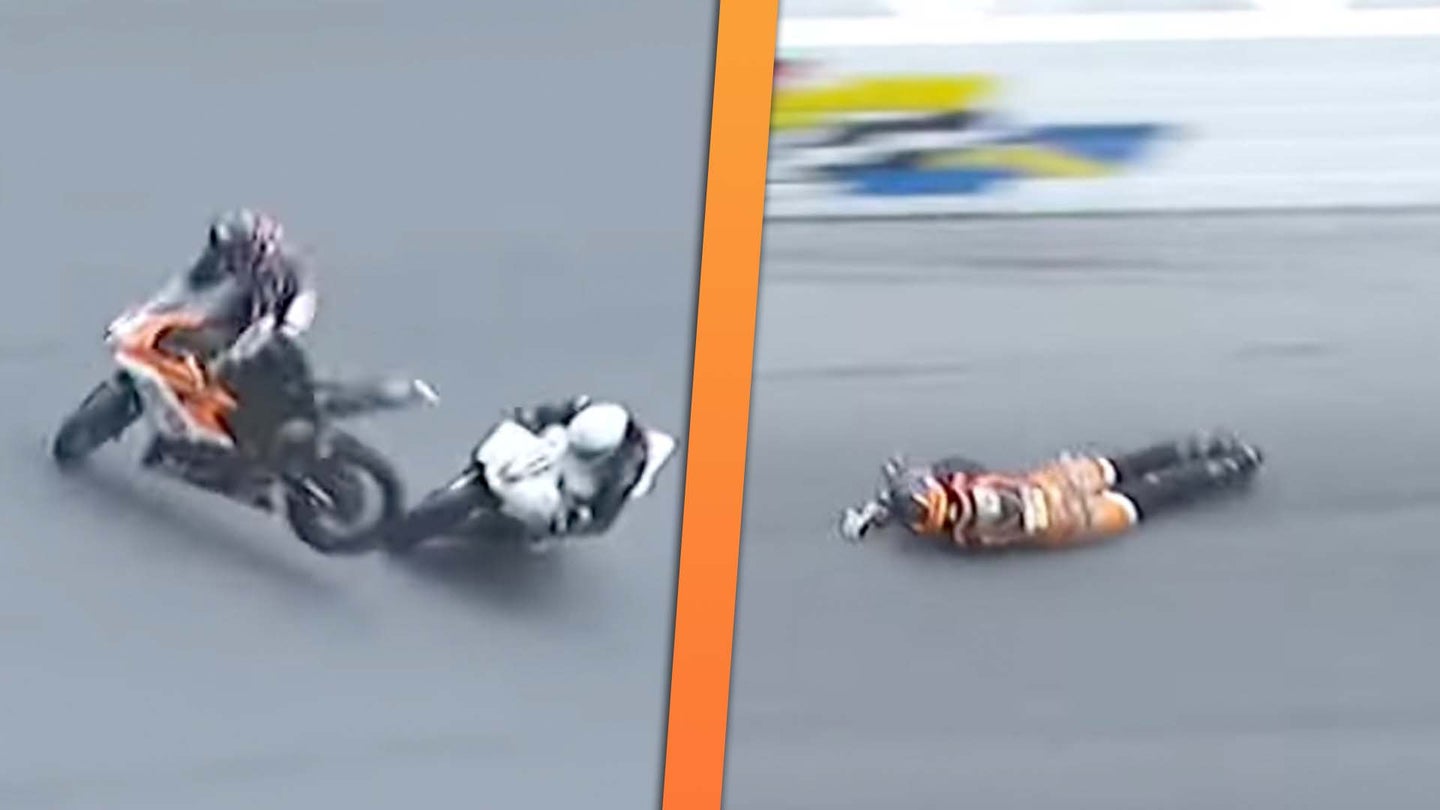 The banking at Daytona is inherently dangerous when you're running at speed with other vehicles in close proximity. We've seen that countless times in NASCAR, though nasty crashes aren't limited to tin-tops or even machines with four wheels. MotoAmerica also races around the facility's road course, which includes three banked turns, for the famed Daytona 200. Supersport rider Christian Miranda learned how quickly things can go wrong when his No. 18 Yamaha YZF-R6 high-sided, slinging him down the 31-degree slope at speed.

First off, it's important to note that Miranda walked away from the incident under his own power. Not only that, but his lone injury was a fractured bone in his hand that’ll take just 2-3 weeks to heal, as he explained to me. That's amazing considering how violently he was flung off the bike, first sliding up toward the wall and then back down toward the infield. A big reason why Miranda wasn't hurt worse was because of the way he handled the slide, letting it take him rather than fighting back and flailing. The other key, of course, was his gear.

I talked with The Drive's motorcycle guru Jonathon Klein about this, as he's the kinda guy that lays his bike over on purpose just to test the latest riding equipment. He helped me identify Miranda's boots as Alpinestars Supertech R's, and his helmet looks to be a Bell Race Star. As for his suit and gloves, they both came from Envy Racing Apparel, which Miranda credits with saving his hide—and maybe his life.

Miranda was completing a qualifying run when the crash took place, and even though a handful of riders crashed behind him, it could've been way more severe if they were racing in a pack. The track surface was wet and while it's difficult to say just how fast he was going, Miranda estimates he was running around 150 mph.

Cody Wyman, Miranda's on-track drafting partner on Thursday, shared footage of the crash on Instagram along with over a dozen others. Miranda's healing up for when he can hit the track again, and even though it sucks to have an injury of any sort, it's a blessing that his incident didn't end up any worse.

Is this the metaverse?