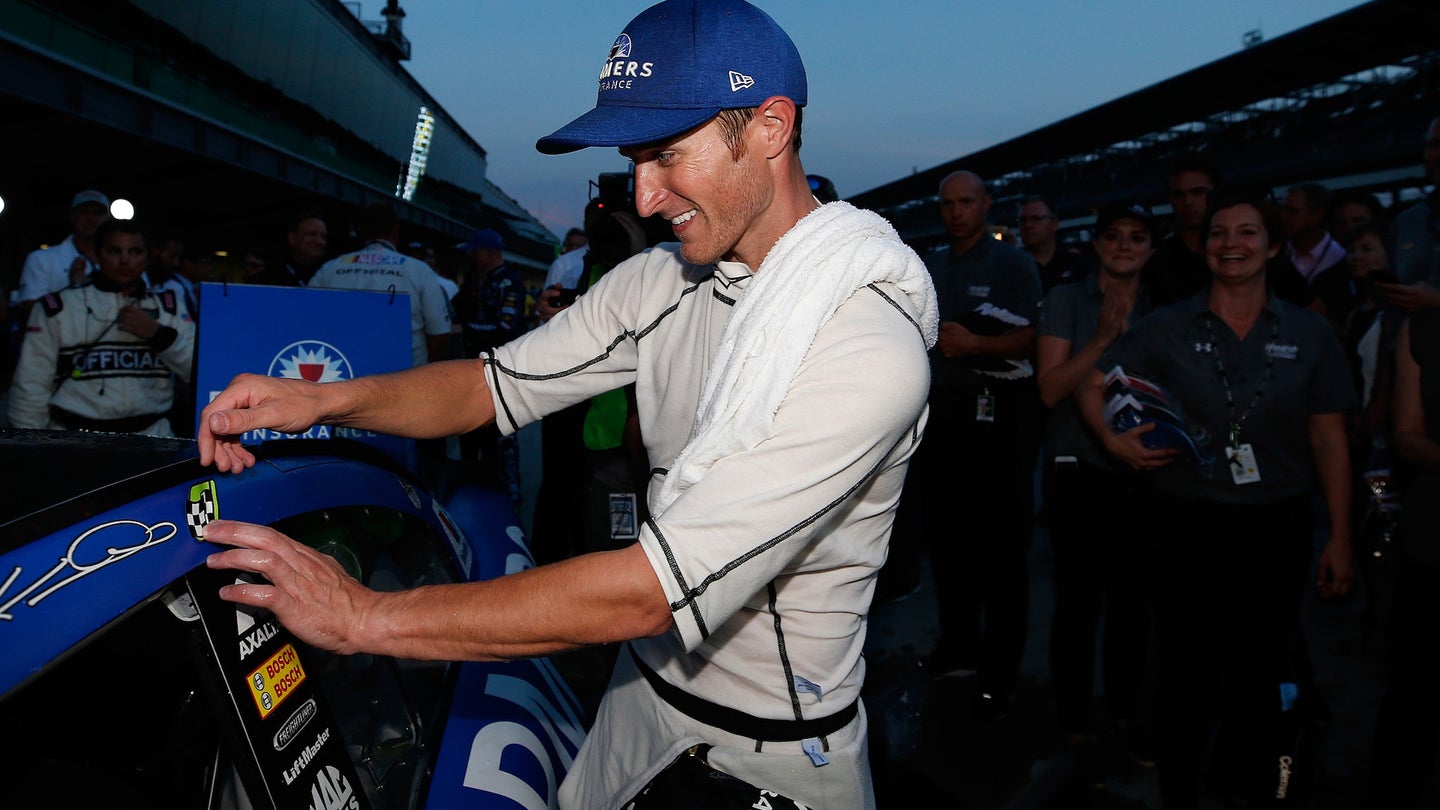 Kasey Kahne will not return to the driver’s seat of the No. 95 Leavine Family Racing for Sunday's Gander Outdoors 400 at Dover International Speedway. It will be the fifth-consecutive Monster Energy NASCAR Cup Series race Kahne has missed as a result of a health issue.

The driver underwent a two-hour test Tuesday at Charlotte Motor Speedway in Concord, North Carolina, to determine whether or not he was ready to return to racing. The test did not go well enough to receive medical clearance to race at Dover. Regan Smith, who has driven the No. 95 in the last four races will continue to substitute for Kahne.

"Leavine Family Racing continues to work with Kahne and his medical team,” a statement from the race team read.

Kahne last raced at Darlington Raceway in South Carolina on Sept. 2 in the Bojangles’ Southern 500. After that race, he received treatment for extreme heat exhaustion at the Darlington infield care center. Leavine Family Racing announced the following week that Kahne would miss the Big Machine Vodka 400 at the Brickyard race at Indianapolis Motor Speedway because of ongoing symptoms of extreme heat exhaustion.

"Following Sunday night's race at Darlington, Kahne was taken to the track's care center where he was treated for heat exhaustion,” the statement from Leavine Family Racing ahead of the Brickyard 400 read. "Several days later, Kahne opted to consult with several physicians who recommended that he sit out from this weekend's events at Indianapolis until further testing and evaluations are completed.”

Kahne, then, revealed during a press conference at Indianapolis that he has had a problem keeping properly hydrated during races since last year. He announced in August that he would retire from full-time NASCAR competition at the end of the 2018 season. At Indianapolis, he admitted that his ongoing health issue factored into that decision.

“I just can’t control the temperature in my body and my heart rate,” Kahne said in Indy. “Once it gets to that point, there’s nothing I can do until I get out of the car. We’re still trying to figure that out. That’s why I’m not racing. I don’t want to create any more damage to myself or my body.”