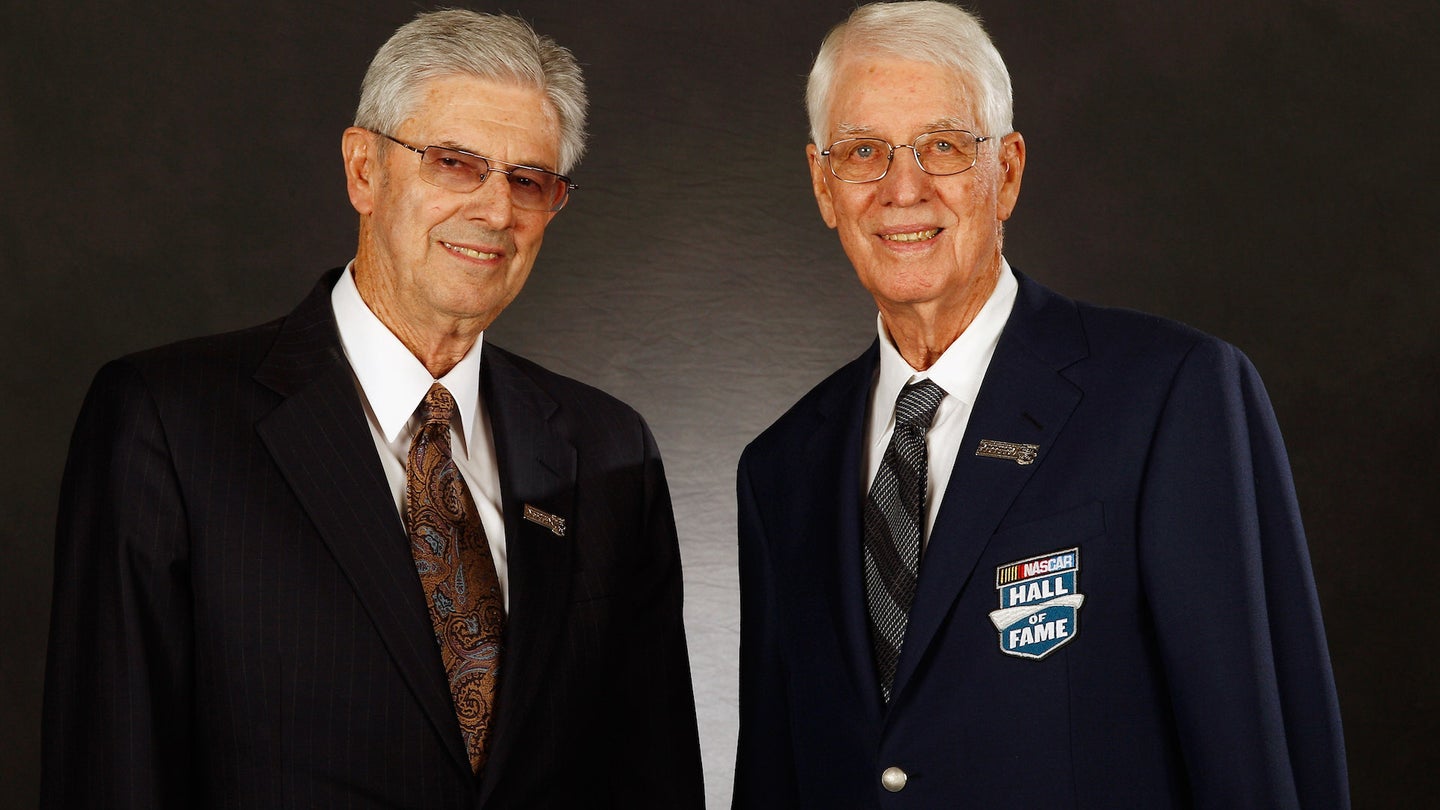 Glen and Leonard Wood of NASCAR’s famed Wood Brothers Racing were honored by their neighbors in Stuart, Virginia on Tuesday. The presentation of the Distinguished Patrick Countian Award was made by the Patrick County Student Government Association at Patrick County High School.

“It’s a great honor to be selected by the students,” Glen Wood said in a press release. “I can’t believe the students are the ones who did all this.”

Glen and Leonard, along with brothers Ray Lee, Delano, and Clay Wood started Wood Brothers Racing in 1950, primarily with Glen Wood as driver and Leonard Wood as crew chief. Its No. 21 Ford continues in NASCAR premier-series competition today as the oldest-tenured team in the Monster Energy NASCAR Cup Series since its entry into the series in 1953. Glen and Leonard Wood, along with their siblings, are, for the most part, retired. Today, the team is owned by Glen Wood; his children, Eddie and Len Wood and Kim Wood Hall; and grandchildren Jon, Jordan and Keven Wood.

While the next generations run the race team, Glen and Leonard Wood, commonly hang out at the family’s racing museum in Stuart, according to a press release from the race team announcing the award.

Glen Wood was among the five inductees into the NASCAR Hall of Fame in 2012, with Leonard Wood’s induction coming a year later in 2013. Throughout the years, Wood Brothers Racing has won 99 NASCAR top-series races with other eventual Hall of Famers like David Pearson and Cale Yarborough. The team’s most recent win came last year at Pocono Raceway, courtesy of Ryan Blaney. Those 99 wins include five victories in the Daytona 500 flagship race, most recently with Trevor Bayne as driver in 2011.

The Wood brothers also have been inducted into the International Motorsports Hall of Fame on the grounds of the Talladega Superspeedway in Alabama and the Stock Car Hall of Fame at Darlington Raceway in South Carolina. But the latest award carries a special meaning for the brothers.

“It has a different meaning that the other awards we have gotten,” Glen Wood said. “This is from the people of our county, and we’re honored that they did it.”