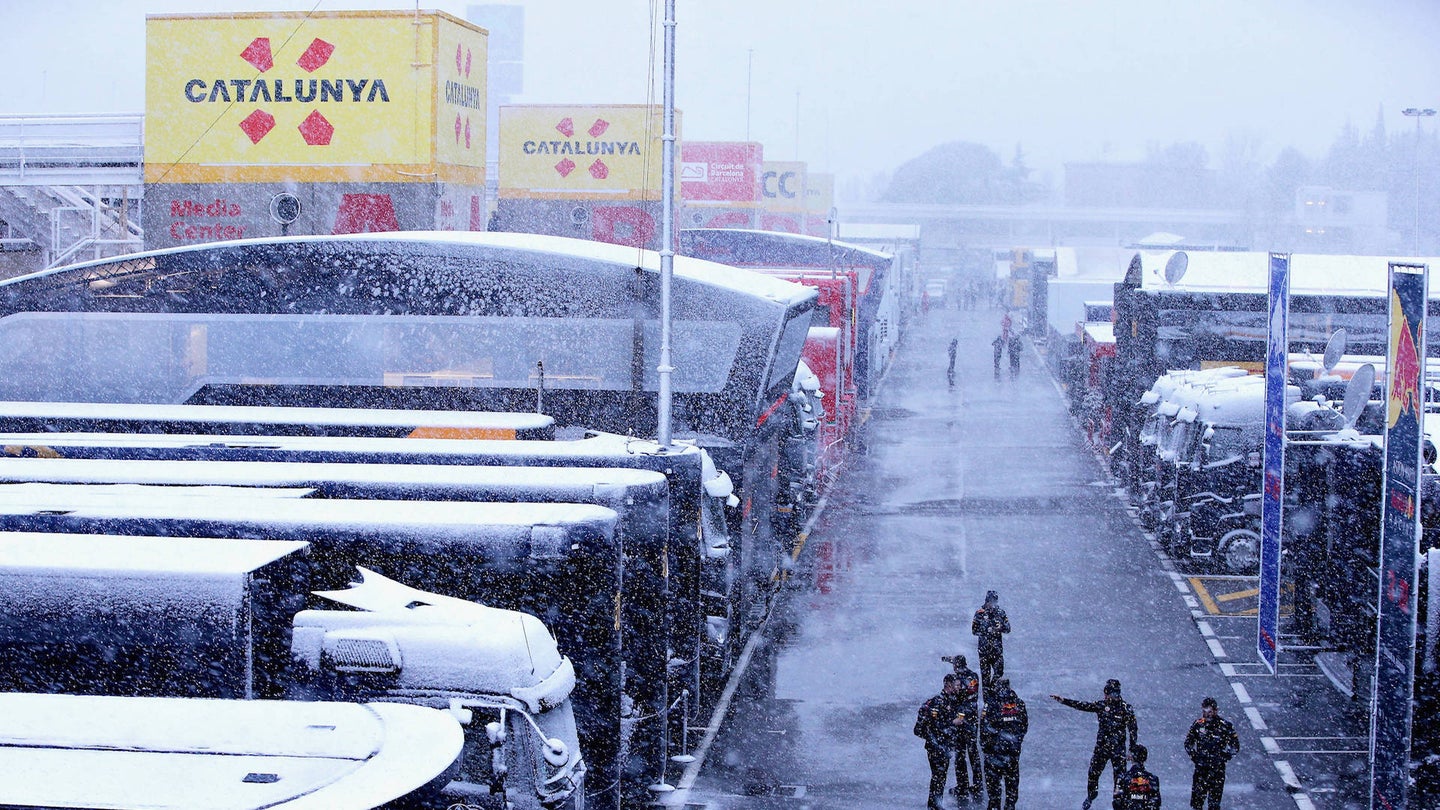 A freak weather occurrence cancelled the third and final Formula 1 pre-season testing day at the Circuit de Catalunya near Barcelona. Teams woke up to a winter wonderland in what's typically a warm Spanish city, as fresh snow blanketed the racing surface and all of the track's facilities. This comes at a time when F1 teams already have to crunch over 100 laps per day due to the tight testing regulations set by the Fédération Internationale de l'Automobile.

The start of the third testing day was initially delayed by three hours due to weather conditions, as well as the fact that the medical helicopters could not fulfill their duties if a situation were to arise. Eventually, just five drivers emerged from the safety of their pit boxes only to find the track conditions too treacherous, something that Red Bull's Daniel Ricciardo didn't realize until he and his new RB14 found themselves beached on a gravel trap. Fernando Alonso was the driver with the most laps on the wintry day, lapping the circuit 11 times and running more than one minute slower than the average pace set the previous days.

"It's been a frustrating day. The conditions this morning were only conducive for throwing snowballs, and the cold and wet this afternoon put paid to any meaningful time on the circuit," said Christian Horner, Team Principal Aston Martin Red Bull Racing.

Even with the second and final pre-season test around the corner, teams big and small are affected by the lack of track time. Agreeing on a solution to make up the "snow day" requires the unanimous approval of all 10 Formula 1 teams, or an amendment to the FIA rulebook approved by its own governing body.