Felipe Massa and Lance Stroll Might Not Be Best Friends

A recent report quoted Stroll saying that Massa never played a ‘mentor’ role during their time at Williams, to which Massa pled the fifth. 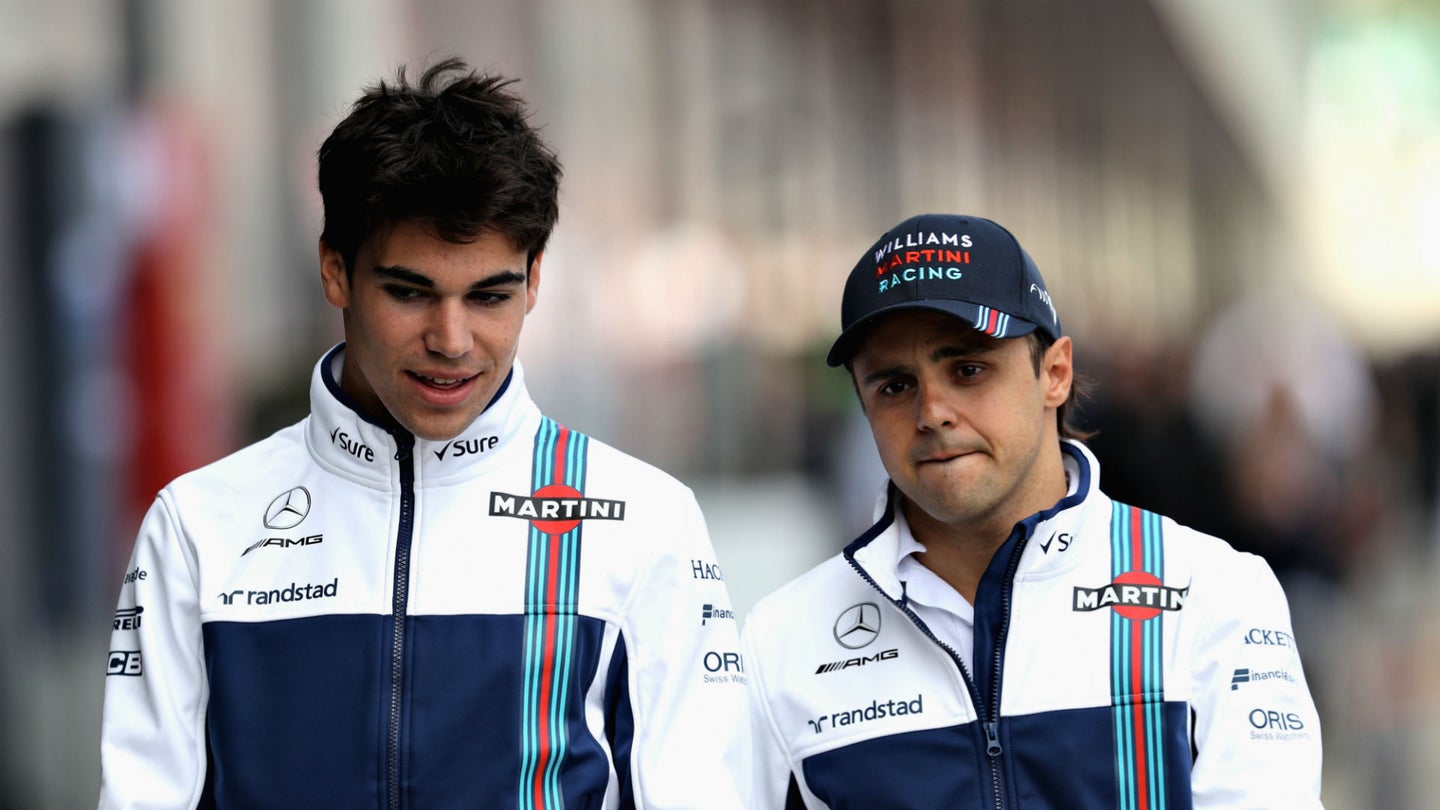 Longtime Formula 1 veteran Felipe Massa made his exit from the sport after the 2017 season, marking an end to his 15-year career. His final stint with Williams, which included retiring once after 2016 and rejoining the British outfit to accompany Lance Stroll last year, was his own swan song that didn't go quite as planned but rounded out his tenure in F1 nonetheless. Massa was thought by many to be a guide for young Stroll who, at just 19-years-old, finished out his rookie season with a podium and 40 points to his credit. However, as recent reports show, their relationship may have been a bit different than everyone thought.

An article from Autosport detailed Stroll's viewpoint on Massa being gone ahead of this coming season. As the Canadian driver explained, he won't be missing Felipe much as a teammate because he gave "no guidance whatsoever" during their time together at Williams.

"There wasn't; it was just him doing his job and me doing mine, and whoever did it better finished ahead."

This caused a bit of surprise in the community as many believed Williams to be seeking out a veteran to replace Massa and help shape Stroll in his early, formative years. As it turns out, the team eventually signed Sergey Sirotkin, a fellow youngster in his own right at 22-years-old.

In response, Massa took to Twitter and addressed the situation, albeit vaguely. The Brazilian retweeted Autosport's coverage of Stroll's comments, saying it's "better not to comment."

Whether or not that means Massa feels differently about his time with Williams is unclear. His reputation in the sport succeeds him as a fun-loving and caring driver, but without an inside look at the situation, there's no way to tell who's right in this back-and-forth.

It was the Sao Paulo native’s last home race of his F1 career.

Williams F1 puts to bed the rumor of Lance Stroll’s family being uncomfortable with a certain driver pairing.