Patrick goes green one last time as she prepares to complete the 'Danica Double' to cap off her racing career. 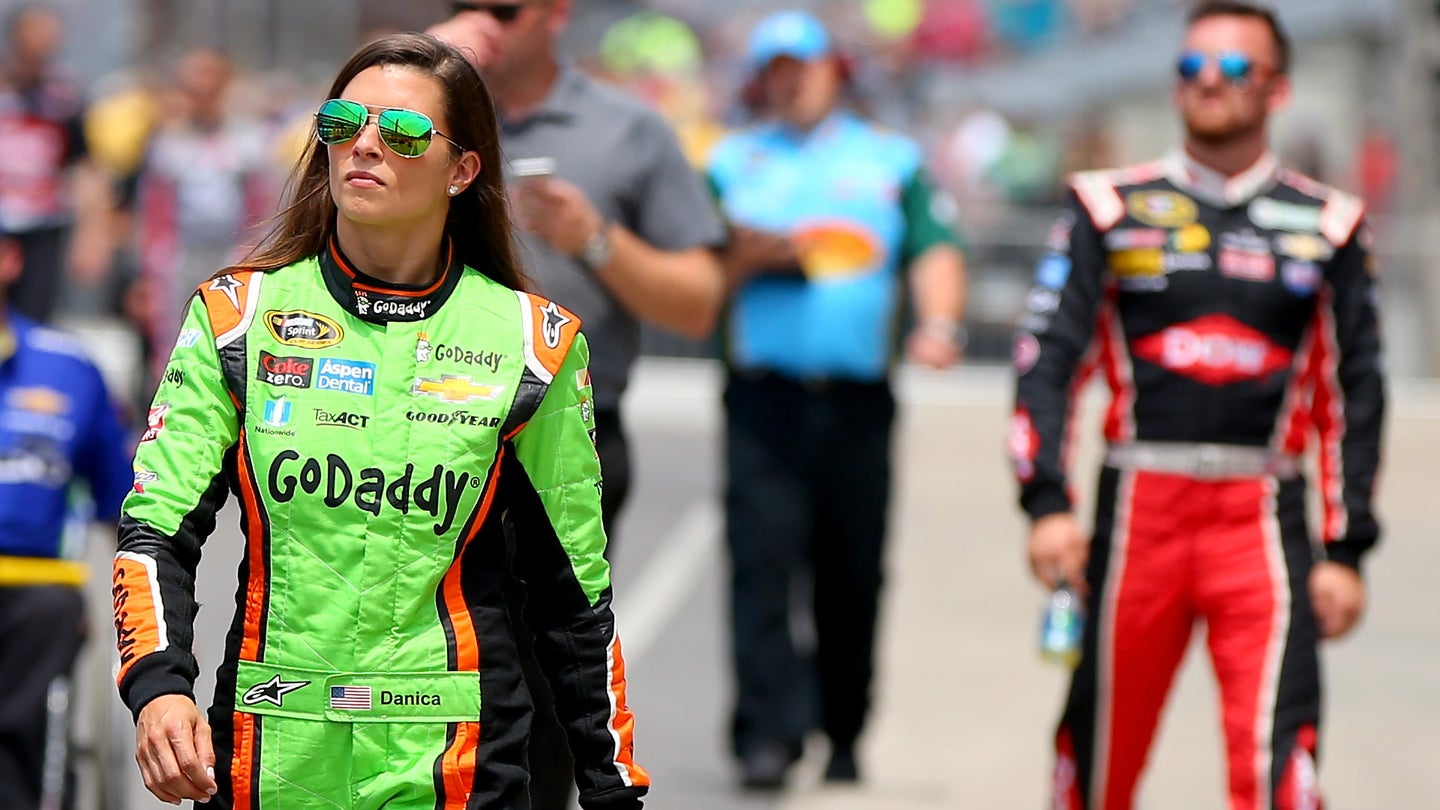 Danica Patrick revealed the paint scheme for the Premium Motorsports No. 7 Chevrolet she is scheduled to drive during the upcoming Daytona 500 on Twitter Friday morning.

The car and her fire suit will feature a “Danica Double” logo to commemorate her 2018 schedule of crown-jewel races, first in NASCAR's Daytona in February, followed by the Indianapolis 500 in May.

Patrick's ride features the familiar GoDaddy green color and logo from her long-time sponsor. It will also display some of Patrick's business ventures, such as her “Pretty Intense” fitness book, the Warrior apparel line, and Somnium Wine.

Back in November, Patrick—the original "Go Daddy Girl"—announced her retirement from full-time racing after five seasons in the Monster Energy NASCAR Cup Series. But not before driving one last time in the signature events of NASCAR and IndyCar.

For the Daytona 500, Patrick will reunite with former crew chief Tony Eury Jr. and Premium Motorsports as she attempts to cross the finish line first in what could be her final time driving on a NASCAR track.