The ex-dictator of F1 thinks Marchionne isn't playing around. 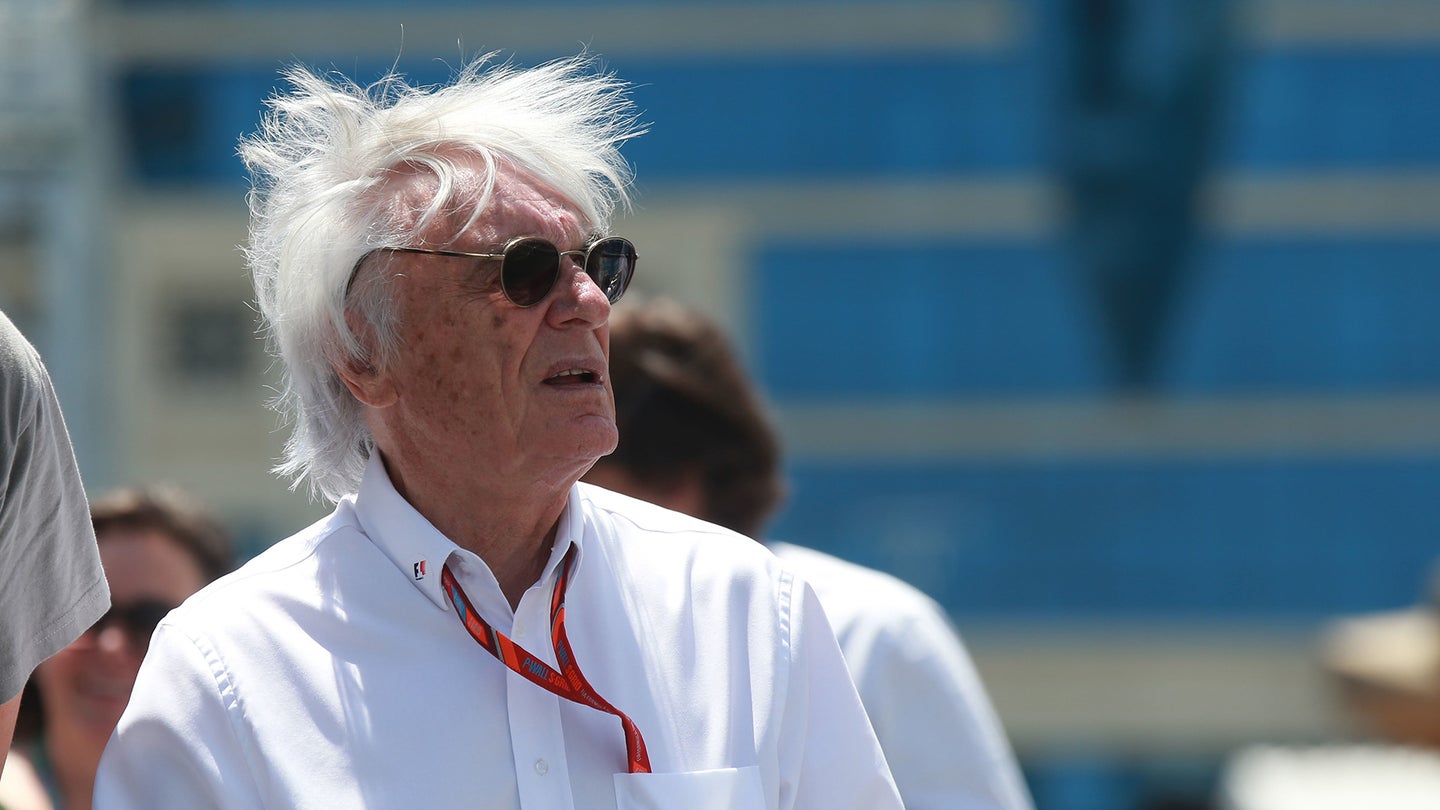 The Scuderia isn't one to make idle threats. Former Formula 1 big boss Bernie Ecclestone says Ferrari's claims that it could pull out of Formula 1 altogether should future engine regulations hurt the brand's chances of winning are very, very real.

"If the regulations come out where Ferrari think it is going to be a struggle and they can’t support the money then they will leave,” Ecclestone said, according to The Independent.

The ex-F1 chief words refer to Ferrari CEO Sergio Marchionne's statements decrying new F1 owner Liberty Media during an investor call last week, in which the Prancing Horse's sweater-clad leader said "Ferrari will not play" if the company can't come to an agreement regarding changes in regulations to the sport, including what Marchionne described as Liberty's moves to turn the series into something approximating a "global Nascar." Formula 1 has been an integral part of Ferrari's DNA as long as the company has existed, he said, "but if we change the sandbox to the point where it becomes an unrecognizable sandbox, I don’t want to play anymore.”

Ecclestone also said that Liberty's reputed decision to both create budget caps and alter the bonus structure for the teams—which currently greatly favors Ferrari, granting the team larger payouts than other constructors in F1—could be a driving force in pushing Maranello out.

“They don’t want budget caps and all that,” Ecclestone told The Independent. “They want to spend what they can afford to spend and I’ve always said the same thing. If [teams] can’t spend they have to go."

That said, it seems unlikely that it'll come to Ferrari bowing out. The other engine constructors, Mercedes-AMG and Renault, have also spoken out against Liberty's suggested 2021 powertrain alterations, which involve switching from the current hybrid turbo 1.6-liter V6 powerplants to a simpler version that ditches the electric propulsion bits and has a higher rev limit. The major trio of engine builders have stated that they'd prefer to focus on improving the current powertrain rather than throwing the MGU-H out with the bathwater. But Ferrari is in a unique position to combat the change: Maranello, unique among all the teams, has the ability to veto any changes to the regulations that would force Ferrari to alter its car.

Besides, ending the relationship between Ferrari and F1 would seemingly only serve to hurt both brands. The sports car company has been a staple in the global racing series since Formula 1 formally launched in 1950; while it's been in a bit of a dry spell in recent years, it remains the team with more wins than any other manufacturer. Leaving the series would both deprive Liberty of the prestige associated with one of the world's most powerful brands...and simultaneously leave Ferrari's massive F1 organization in mothballs.