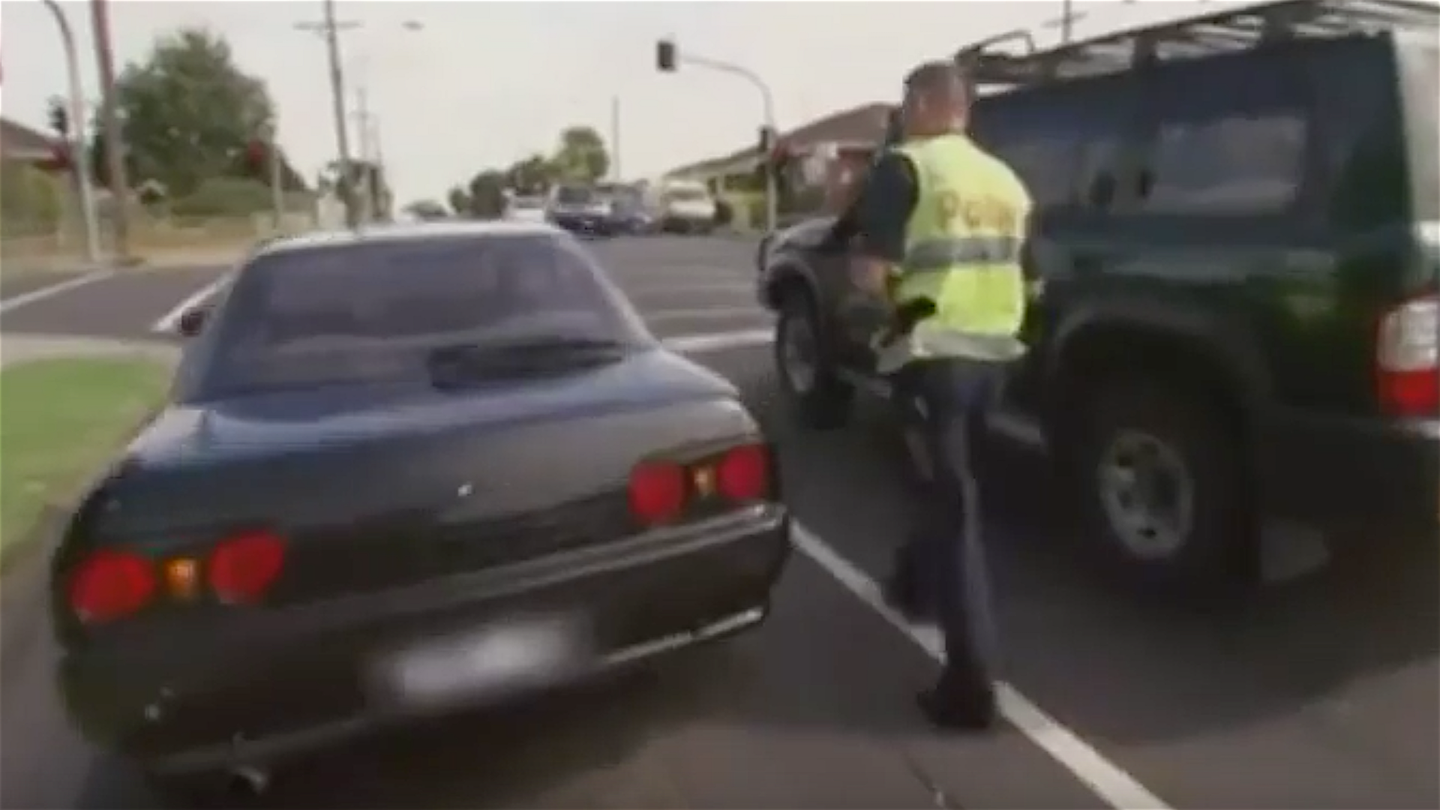 An Australian driver with a provisional license was caught illegally driving a turbocharged Nissan Skyline R32 on the police television show Highway Patrol Australia in 2016, and the way he tries to talk his way around getting a ticket (or several) is hilarious.

The clip, which is from season eight episode four of our favorite new television program, shows two cops in an unmarked Holden Commodore police vehicle rolling up on an R32 Skyline. As the R32 comes to a stop at a traffic light, the cops can hear the driver crunching through gears. After throwing his hazard lights on, the police approach the car and immediately start with snarky a car joke.

"How's it going," said the R32 driver. "Better than your clutch, I reckon, " one of the cops responded.

Immediately, the officer leading the questioning notices that the R32 driver has a probationary license that does not allow him to drive manual or turbocharged cars. Meanwhile, the R32 that he is behind the wheel of is both of those things. Hurting the driver's situation even more, he failed to display a "P plate" which is necessary for motorists with probationary licenses in Australia.

To make matters even worse, the driver tried to lie to the cop and explain that the car he was driving was not turbocharged and even went as far as to claim the hood wouldn't open. Of course, when the cop opened it, the hood popped up just fine, and a turbocharger was found under the hood.

According to the video, the driver was fined $442 ($591 Australian) and went home with six points on his license.