We refer to it all the time, but what does it really mean? 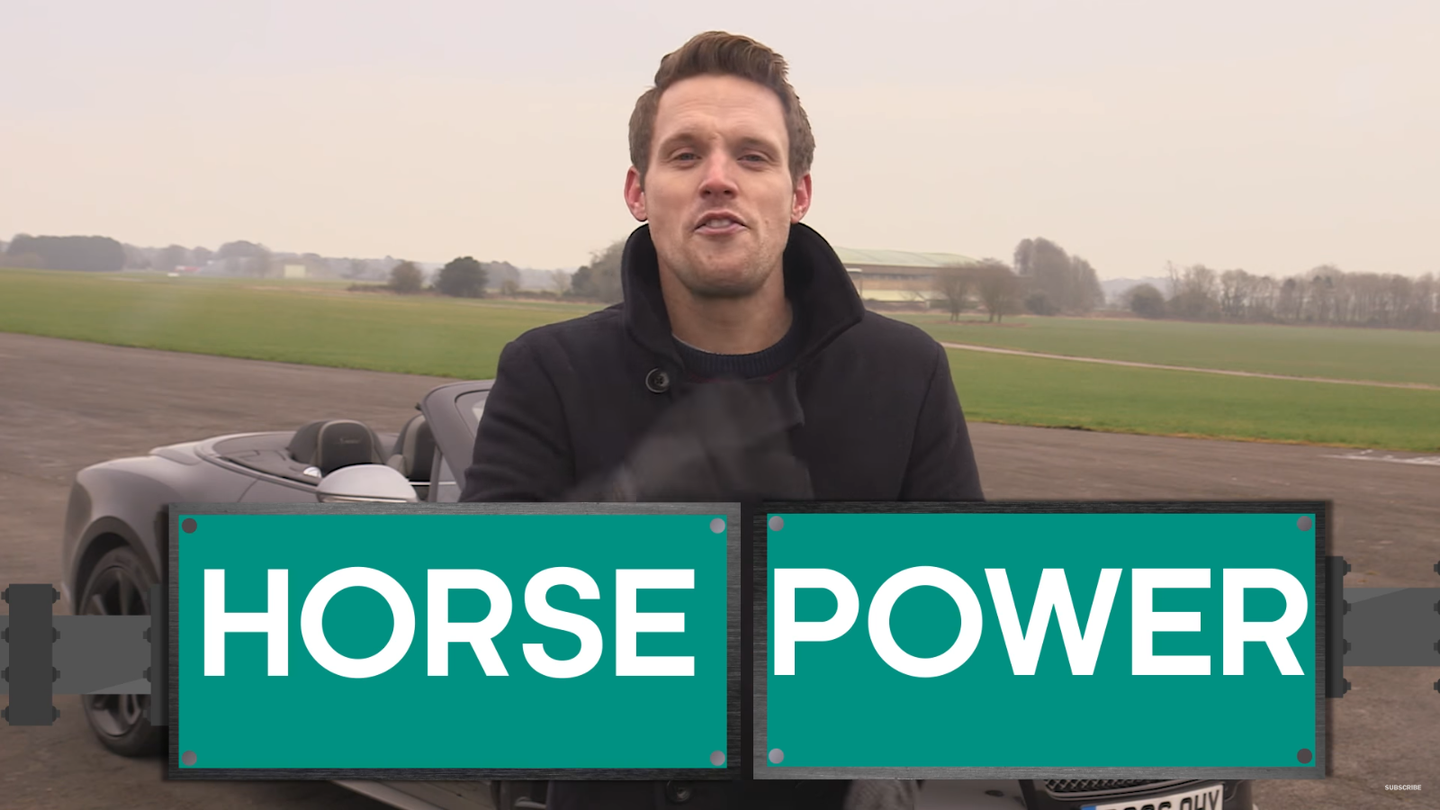 The origin of "horsepower" may seem obvious, but it has a lot of details that you may not have known about. It was first coined prior to the Industrial Revolution to determine the amount of work steam engines could perform, and then exploded into a marketing ploy that has remained relevant since the 1800s. James Watt formulated the exact meaning of a horsepower, but it's often forgotten as we use the term so commonly, making its beginnings a bit blurry, so let BBC Earth Lab explain.

The video draws comparisons between the automobile and other machines and creatures that perform work—after all, that's the basis of how horsepower is measured. Farmers often used the term to decide how many horses it would take to haul a load—whether it be equipment, grain, or other crops—and it quickly gained popularity once its specifics were sorted out. Famed scientist Watt determined that horsepower would be defined as one horse's ability to pull 75 kilograms at the rate of one meter per second, characterizing the measurement for the masses.

It was then picked up by those who sold products that performed the work of many horses, like steam engines, who boasted seemingly astronomical figures. Whereas today we normally associate horsepower with speed, it started out as a work-focused calculation. Use of the figure has now exploded as auto manufacturers battle for high-horsepower numbers in an effort to sell more cars.

Based off Vaughn Gitten Jr.’s drift car, these Mustangs are begging to shred tires.

This footage shows the crazy courage of F1 drivers from the ’80s.