The battering ram strategy doesn't work out, so they burn the truck and move on 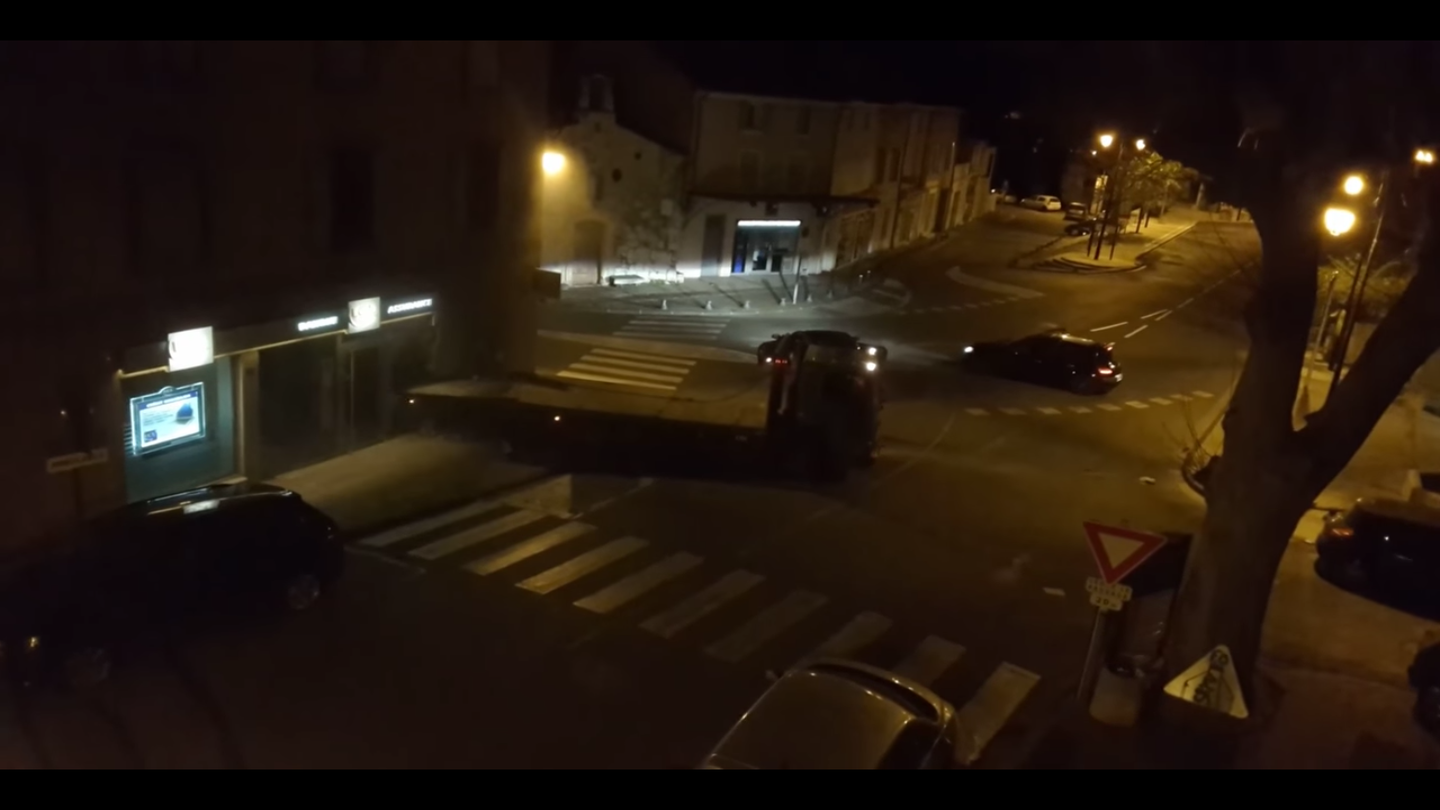 A video of an attempted bank job in Pernes-les-Fontaines, France, surfaced earlier in the week shows a truck being used — ineffectually — as a battering ram. From what we can see in the video, the idea was to use the back of a flatbed truck to ram through the front of a local bank. The truck makes a few hits, successfully chipping away at the building to get to the money. It backs into the wall once more, shifts into drive, and clunk. You can hear the driver redlining the engine, but the truck won't budge.

You can see the supporting cast of the heist gone wrong walking around the truck, trying to figure out there's a way to salvage the situation. A minute later, in typical French fashion, the thieves give up and decide to go home. Before they go, it looks like they decide the best course of action is torching the truck. Whether that's to save them from embarrassment or jail time isn't clear, but I'd wager it was a bit of both.

As for types of trucks to rob a bank with, flatbed wouldn't be my first choice. Not that I'm giving recommendations, officer, but clearly the best battering rams aren't typically thin and wide. The back of a flatbed is, so logic says they won't effectively serve the same purpose. Obviously, this didn't cross the minds of the robbers. Or, rather, not robbers.