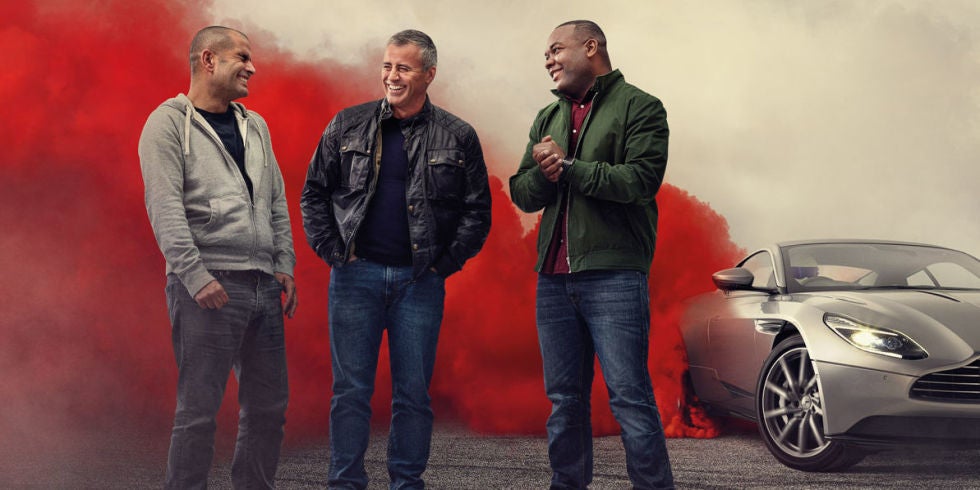 Top Gear UK has arguably earned back their stride after a rough start with the new hosting cast. With Rory Reid, Matt LeBlanc, and Chris Harris now coming into their own, the show is headed in the right direction—as you can see in the clip here. With each episode gradually gaining traction towards its peak, the fourth episode seems to have it all: motorbikes, a car maze, and a golden Bugatti Chiron racing through the desert. Is that enough pantomime for you? They hope so. They've got to swing for the fences in order to beat out competitors Clarkson, Hammond, and May.

The short, twenty-second trailer shows a surprising amount of chemistry between the three hosts. That's a key factor to developing the series further, and with Harris's know-how, LeBlanc's humor, and Reid's journalistic talent, they're beginning to form a stronger cohesive bond than last series. Since ditching Chris Evans, the entirety of Top Gear's 24th season has been better in values both measurable and not.

The star of the show will of course be the Chiron. Not only were the TG trio one of the first to get their hands on one, they were able to swing a golden one. That speaks for the level of drama this boutique hypercar brings with it, and Chris Harris may be the best to put its prowess on display. You can see a snippet here of Harris and LeBlanc bantering back and forth in what seems to be the set-up for a race between the Bugatti and Ducati motorbike.

This will be a particularly hard episode to top, what with a $2.7 million hypercar and all. We're anxious to see how things come together with this one—and by the looks of it, the fourth may be the best one yet.