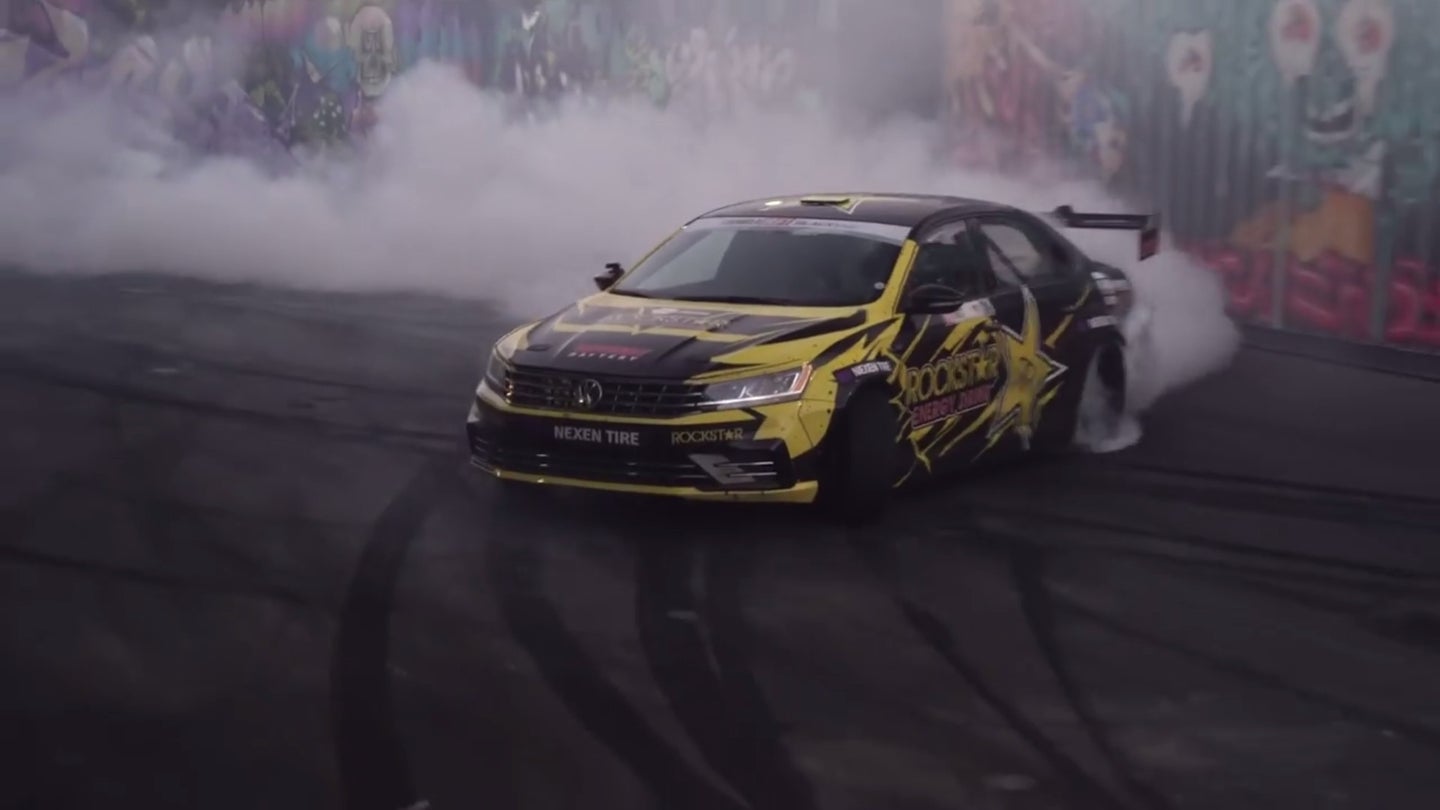 Tanner Foust is a busy man. He is a two time Formula Drift champion, former host of Top Gear USA, stunt driver, and current driver in the Red Bull Global Rallycross series. He had a long hiatus from Formula Drift until he returned for a season two years ago. When he returned he came with a Volkswagen Passat drift car and he recently brought the car to Hoonigan's Donut Garage for the most recent episode of Daily Transmission.

The Volkswagen Passat drift car is powered by a Chevrolet LS7 V8 engine with what can only be described as a unique one-off spaghetti noodle exhaust in front of the engine which is all equal length. Hoonigan's Hertrech "Hert" Eugene Jr. starts the video showing his initial reaction to seeing the car years back. He had a face of disgust, but as with all cars, they grow on you. Foust told the Hoonigan crew that the former Formula Drift car was going to be fitted with rear seats and potentially become a drift taxi for events.

Foust lets Hert do a burnout in the V8 powered Passat, which probably was not the best of ideas, even stated by Hert. Ken Block visited last week with his wife's Ford Bronco build and while Hert was performing a burnout the Bronco caught fire. Things went alright no fires this time.

Eventually, with no peer pressure needed Foust hops in his drift Passat and lays down some of the smokiest donuts, figure eights, and burnouts. He drifts up the dock, hard stops at Hoonigan's boat, and then drifts down the dock. He finishes with donuts and wall taps Hoonigan's dock wall.

Foust leaves a scene reminiscent of Silent Hill, so much smoke that you cannot see anything in front of you.