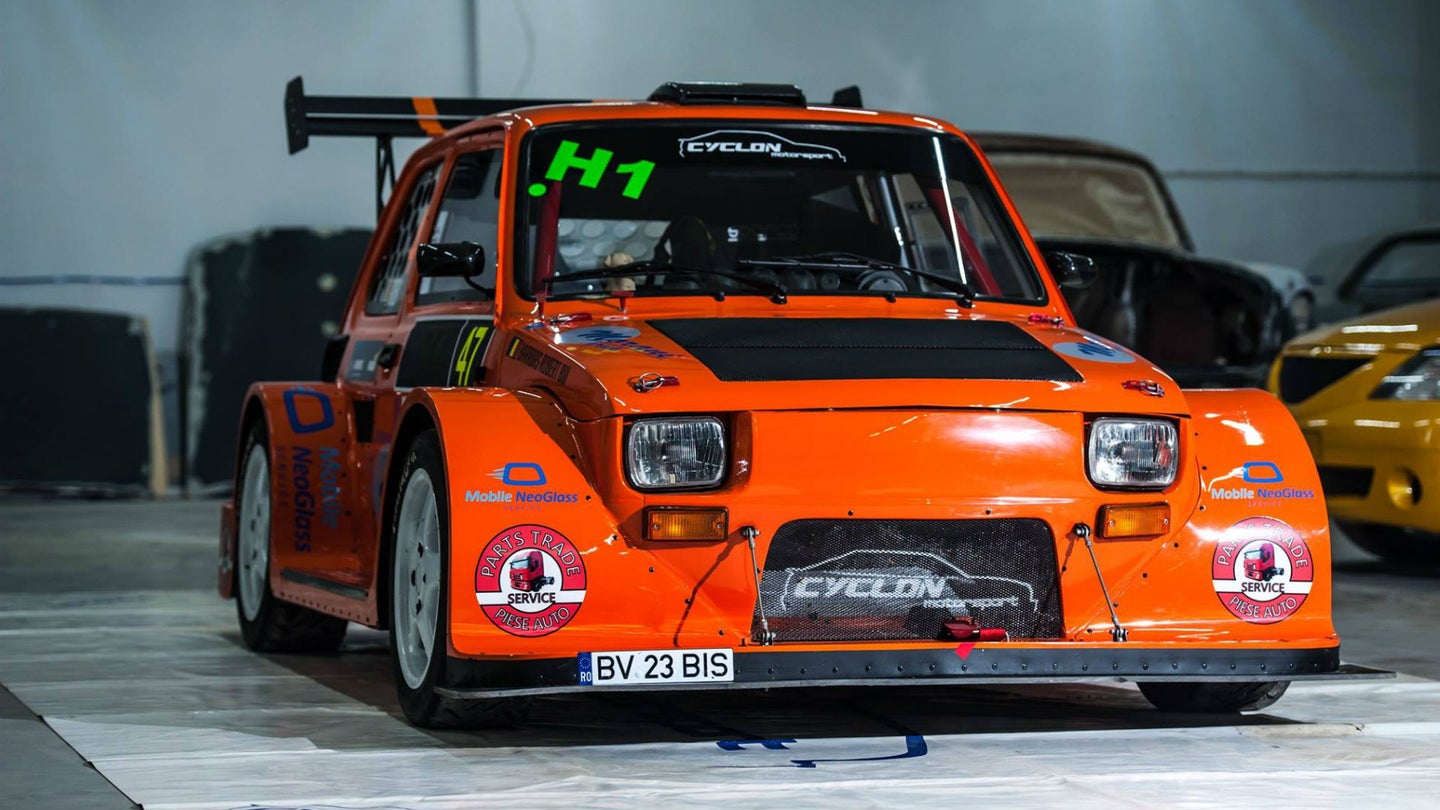 Engine swaps are seldom done tastefully, but that doesn't mean they can't be awesome. There's something about swapping a high-revving motorcycle engine into a tiny car that tickles our funny bones like nothing else. Maybe we just want to see a Smart ForTwo rip itself in half when someone sticks a 1,000cc motor in it, but sometimes, these builds actually work and they're spectacular to watch.

Hillclimb Monsters recently posted a video of a heavily-modified Fiat 126 Proto piloted by Robert Barabas at a local Romanian hillclimb event. The widebody kit on it is probably the only thing keeping it from flipping over, because this Fiat has a 1,300cc engine from a Suzuki Hayabusa stuffed in the back.

This "Fiatbusa" is the work of Cyclon Motorsport, a Romanian tuner shop that specializes in ridiculous swaps like this. The car supposedly weighs less than 1,500 pounds and makes 187-horsepower, revving all the way up to 13,000 RPM. For reference, the most powerful iteration of the Polski-Fiat 126p, the car this is based on, made just 24-horsepower from a 704cc 2-cylinder engine.

The Hayabusa engine is quite an upgrade but the Fiat's new bodykit and rear wing are working wonders keeping the car on the road as it looks quite stable throughout the video.