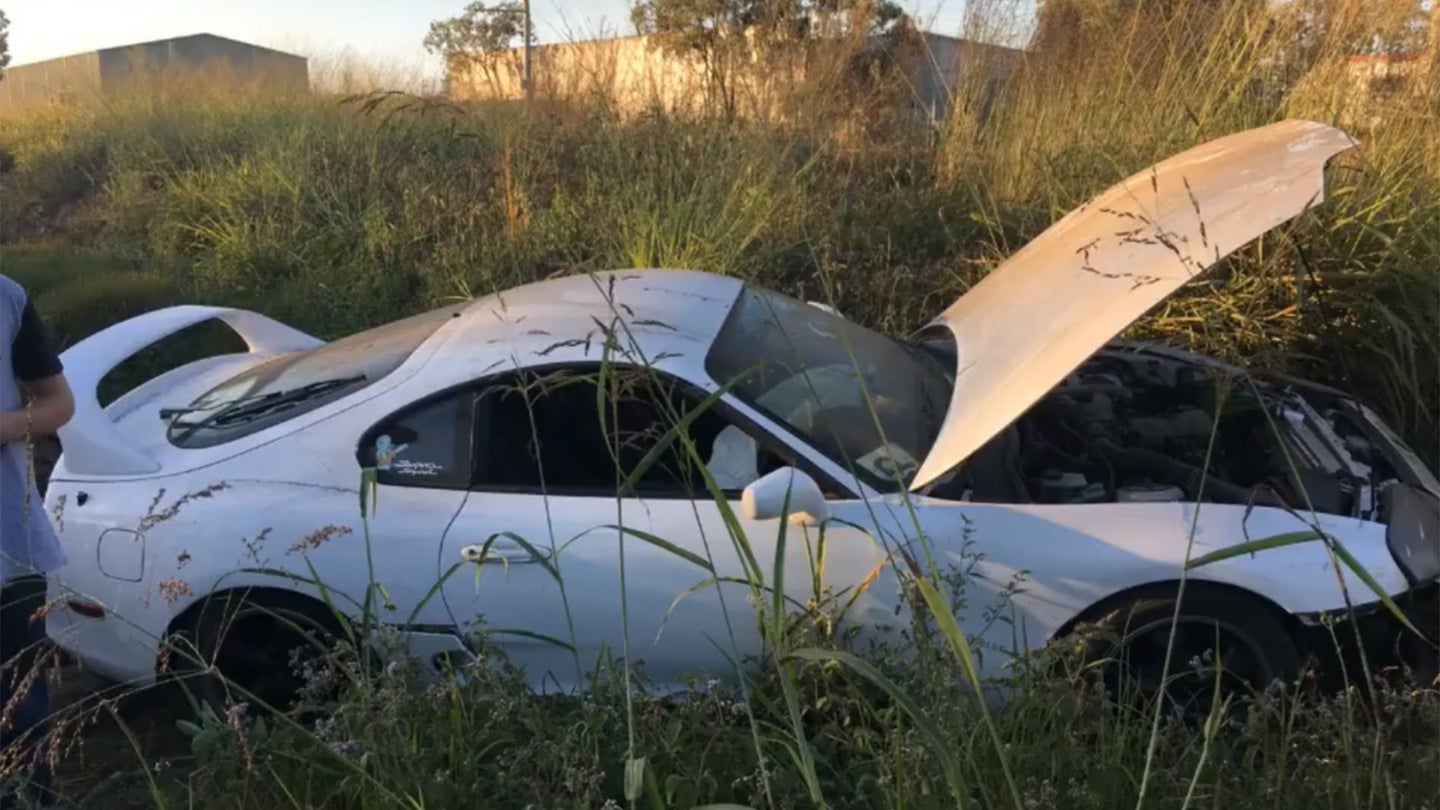 From the above picture, you may be wondering what this Toyota Supra is doing abandoned in a field. The poor car is covered in dust and looks to be falling apart. Maybe it broke down, was pushed off the road, and left for dead. Some cities, like Hong Kong, are quite literally littered with abandoned cars.

Upon closer inspection, you'll notice the airbag on this right-hand drive Supra has been deployed. So what happened to this poor little car? Thankfully, for us, the answer was all caught on a dashcam.

This comes to us from Dashcam Owners Australia. In the video, the Supra is two cars up the road. It seems to be just cruising along, not doing anything out of the ordinary. The driver doesn't seem to be violating any of Australia's "Hoon Laws." For once, as these things normally go, there is no sign of "dangerous or antisocial" driving. No shenanigans. No racing. No road rage. Just plain old driving.

There is a slight curve to the right in the road, which the driver seems to take, when all of a sudden, the car snaps to the left. From there, it hits the curb and is launched into the air, landing down the embankment. According to the information on YouTube, no one was hurt in the crash. Except for the Supra.

Poor little Supra. It doesn't look too bad, but you know that it is. We'll pour some motor oil out on the curb for you.

Not captured on video: Their almost-certain break-up.