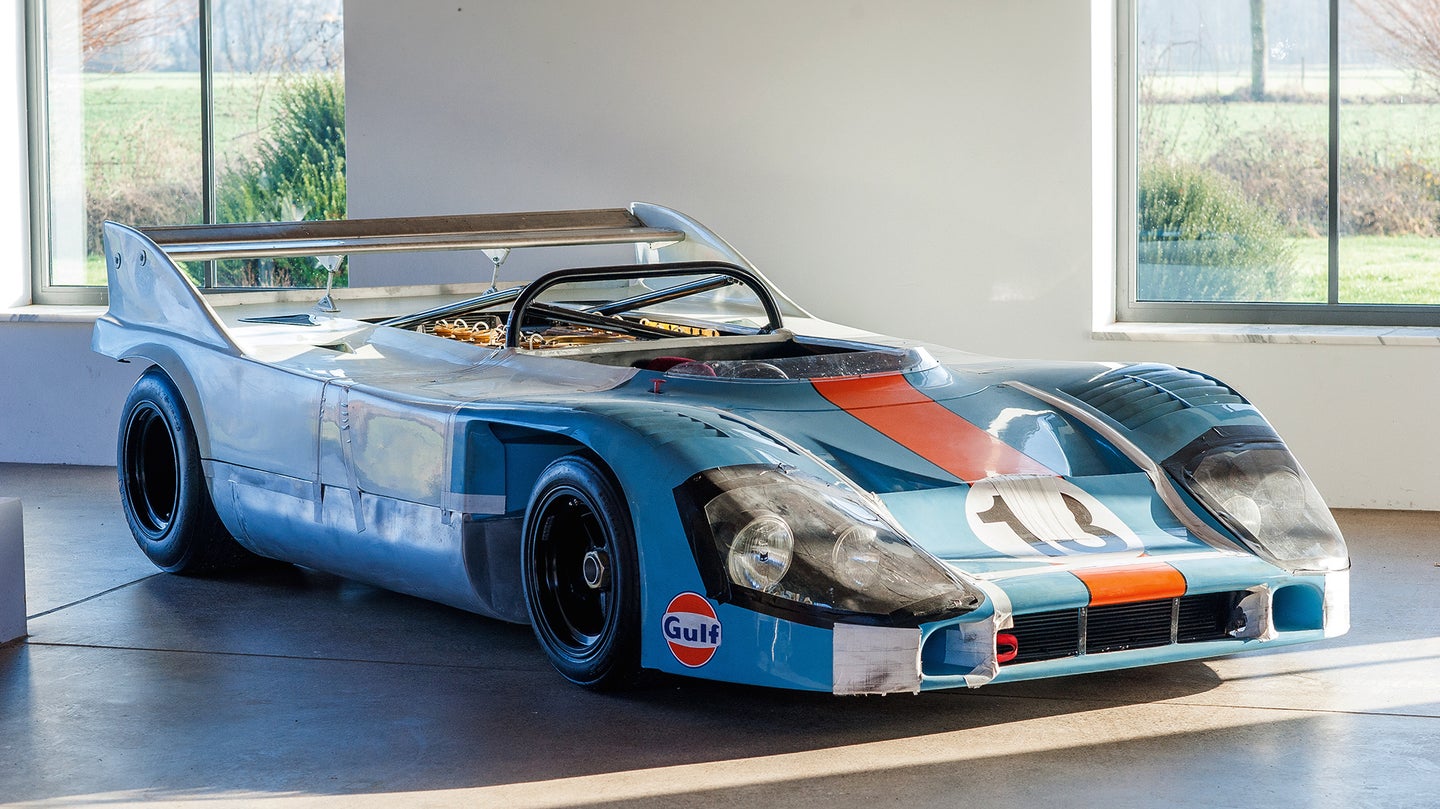 In just a couple weeks, the 1970 Porsche 917/10 prototype, or the first 917 Can Am Spyder Porsche ever made, will go under the hammer in Paris at RM Sotheby’s.

This car, chassis number 917/10-001, served a distinct and important purpose—to help Porsche engineers develop one of the most dominant race cars ever.

Completed on December 3, 1970, 917/10-001 led a prolific yet challenging life. Just after it was finished, it went straight to Porsche’s skidpad at Weissach, enduring 23 consecutive days of rigorous testing with wind tunnel development thrown into the mix.

During these 16 mounts, a variety of powertrains were fitted to the car, including 4.5 and 5.0 liter turbocharged units, and a 5.0 naturally aspirated one—all of which were flat-twelves. For the Can Am series (Canadian-American Challenge Cup), Porsche eventually decided on using turbocharged units since McLaren had been beating them with their more powerful cars. These turbocharged 917s cranked out between 900 and 1,580hp in race form.

This prototype for sale went through a series of wind tunnel testing developments, clothing its lightweight tube frame with a medley of mismatched body panels. RM claims it went through five different body designs, all of which seemed to see the light of day for racing.

As for its racing career, 917/10-001 didn’t get the kinds of accolades other 917s did. Willi Kauhsen, one of the racing drivers who initially tested this car, bought it in October 1972 after the chassis was rebuilt, and raced it in the Hockenheim Interserie finishing second. He won a small race with it in Brazil, Coppa Brazil, but the car wouldn’t win a race again, even though it entered a handful of other events.

After these disappointing showings, the car went into storage around 1973 and didn’t see the light of day until 1997. Kauhsen had it restored, brought it to and raced it at a few events, and eventually sold it in 2008. It then traded hands again in 2012 and the car underwent a “point-in-time” restoration, which is what the car looks like now—its 1971 wind tunnel test look. Jurgen Barth, famed Porsche factory driver, had his hand in the restoration, too.

The engine in it now is not a turbocharged unit, like the ones that dominated Can Am, but a naturally aspirated flat-twelve, displacing 5.0 liters (4,988 cc), complete with a period-correct Bosch MFI system, fiberglass intake trumpets and centrally mounted fan, producing around 630hp at 8,300 rpm.

The 917 was one of the most impactful race cars ever to be produced, racking up historic wins at LeMans and countless other races worldwide. Even if you can’t muster up the loot required to place a bid on this historical example and see it in person, check out the gallery below.

We Talked to Project 917, the Team Revamping the Porsche 917

Building a modern-day track version of the famed Porsche race car is just the beginning for this U.K.-based crew.