Firing up the Legendary Greenwood Corvette

Lord, have mercy on our ears. 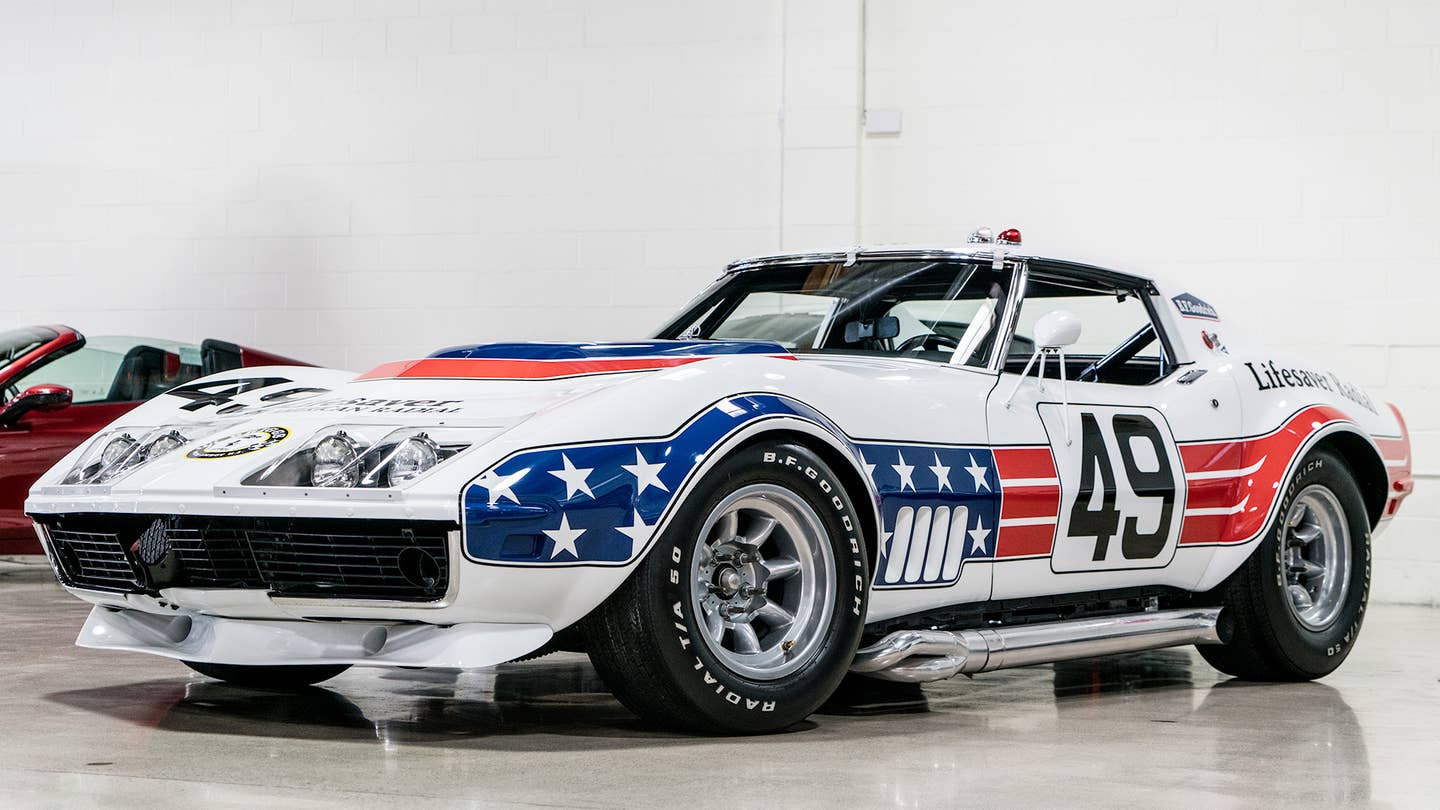 Even by modern metrics, the Greenwood Corvettes would raise eyebrows. Equipped with 750-horsepower aluminum block ZL1 racing engines and draped in garish patriotic liveries, the Greenwood cars—in fact, this very Greenwood car—hit 215 mph on the Mulsanne Straight at Le Mans. Impressive today; in 1971, it was outright obscene.

That's how John Greenwood did things. The image I have in my head of the man, no doubt from a musty old book about the golden age of American sports car racing, has him in a driving suit, prescription aviators, and a big, bushy mustache. That's how he looked when he started a war.

Greenwood had big backing in 1972. B. F. Goodrich had a race-worthy radial they wanted to bring to the market, and they chose Greenwood and his C3 to get the word out. With a couple SCCA championships already in the bag thanks to his Corvettes, it was a great fit. Not to be outdone, Goodyear was throwing their sponsor dollars and finest rubber at an IMSA Corvette team as well. Greenwood, a patriotic northerner, slathered his cars in an outlandish American flag. The Goodyear car, run by a team from Florida, went with a Dixie theme. It was on.

Starting up the Greenwood 'Vette in a showroom is an instant reminder why the cars were, and are, such fan favorites. In a room full of classics and exotics, just starting that TRACO racing engine makes everything else take cover in the background.

Greenwood built a few of these extraordinary machines. Originally meant to be a show car, this perfectly restored specimen was the only one to be purchased from the factory as an L88. That pedigree alone would push it well into six figures. With a run at Le Mans under its belt? You're looking at a healthy seven. Your ears alone can tell you if it's worth it.