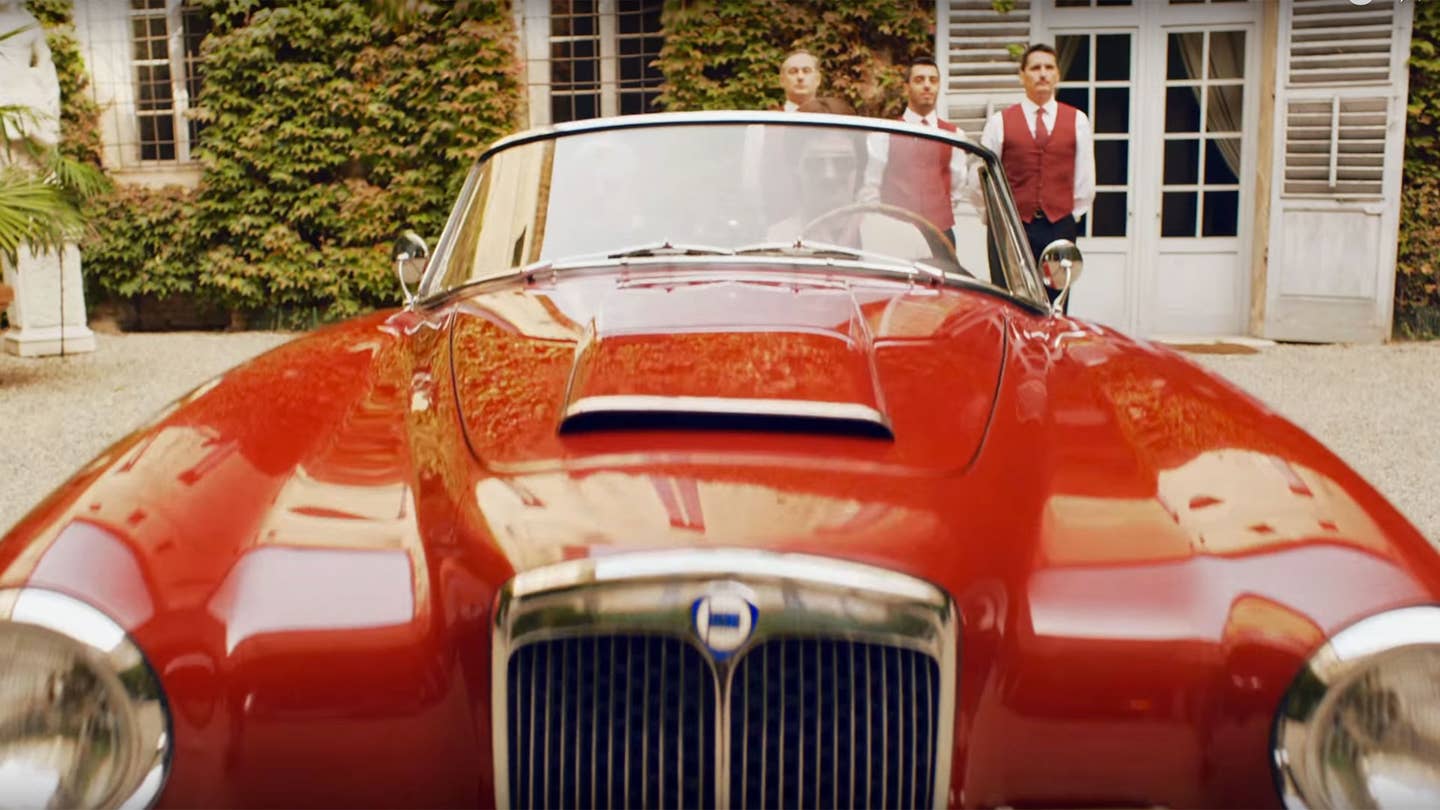 You’re selling something vaguely elegant. Nice sandals, a facial scrub, sunglasses. In the last few years, there’s only been one answer for how to do it: Go to Italy.

We’re not quite sure where that all started, but there have been a series of increasingly elaborate videos, most recently Jude Law driving Giancarlo Giannini’s Delahaye 135 S from Italy to Monaco in a really great Johnnie Walker ad. Parmese fashion house Caruso couldn’t get Law or the Delahaye for its The Good Gentleman ads. But the suiting company did get Giannini and, in this episode, a Lancia Aurelia B24 Spider.

For an Italian clothier, Lancia is a far better choice than the French Delahaye. Some feel the Aurelia Spider is Pinin Farina’s (Note: Later joined up as Pininfarina—Ed.) single greatest design. With its 2.45-liter V6 and production run of 240 just cars, it’s an icon in its own right.

The advertisement a wonderfully nonsensical affair. Giannini (recently, René Mathis in James Bond films) plays His Majesty Prince Diofebo Meli Lupi,* the current Prince of Soragna, Parma. He and his heavily made-up batman Fefé arrive in their Lancia at Four Seasons Milano, gently terrify the staff and haunt the catacombs in search of the freshest wild herbs.** After being serenaded by a magical suit on one of Caruso’s trademark horrifying mustachioed Clockwork Orange dummies,*** he turns out not to be robbing the cradle. Relieved, we all go out and buy snappy Italian clothes, then are dismayed to find that a B24 Spider costs $500,000. At least we’ll be able to finance the Fiat Spyder.