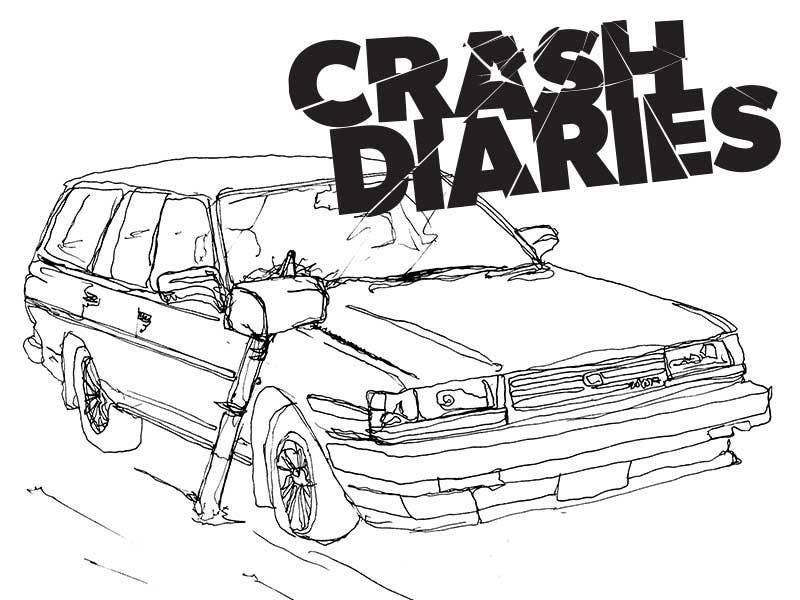 The Crash: I was 16, the driver’s license in my wallet two months old. There’s no telling the age of the mailbox, which was bolted to plumber’s pipe embedded in the road. Let’s say it had a certain immutability about it.

The audio levels in Dad’s ‘85 Cressida wagon were set to the trebles of talk radio, not the mids and bass of whatever flotsam I had tuned in that night. This was a Technics unit, with no fewer than 10 sliding equalizers arrayed like boards in a jauntily hammered picket fence. To fiddle with them behind the wheel was to invite all kinds of aural—and cognitive—dissonance, but fiddle I did.

The Crash Test Dummies were probably singing about coffee spoons when I made impact. The suddenness was astounding: One moment, cruising at a lawful 30 mph, the next trying to process a cracked windshield and mailbox leaning against the A-pillar. I cried. I wailed. Stepping out to survey the damage, it became clear that a bolt from the mailbox had rode up the hood, leaving a neat, half-inch furrow in the metal. It was not the sort of thing that would buff out.

A codger shuffled out of the house and, being met with a hysterical adolescent, issued calm assurances that it was O.K., that it was no big deal. I gave him our family's phone number and returned, shaking, to the front seat and pulled back from the mailbox. It stood maybe 10 degrees off its axis. Heavy metal.

The Moral: Don’t sweat the Technics.