A portrait of the first gasoline-powered car and some mysterious animal extract of unknown provenance. 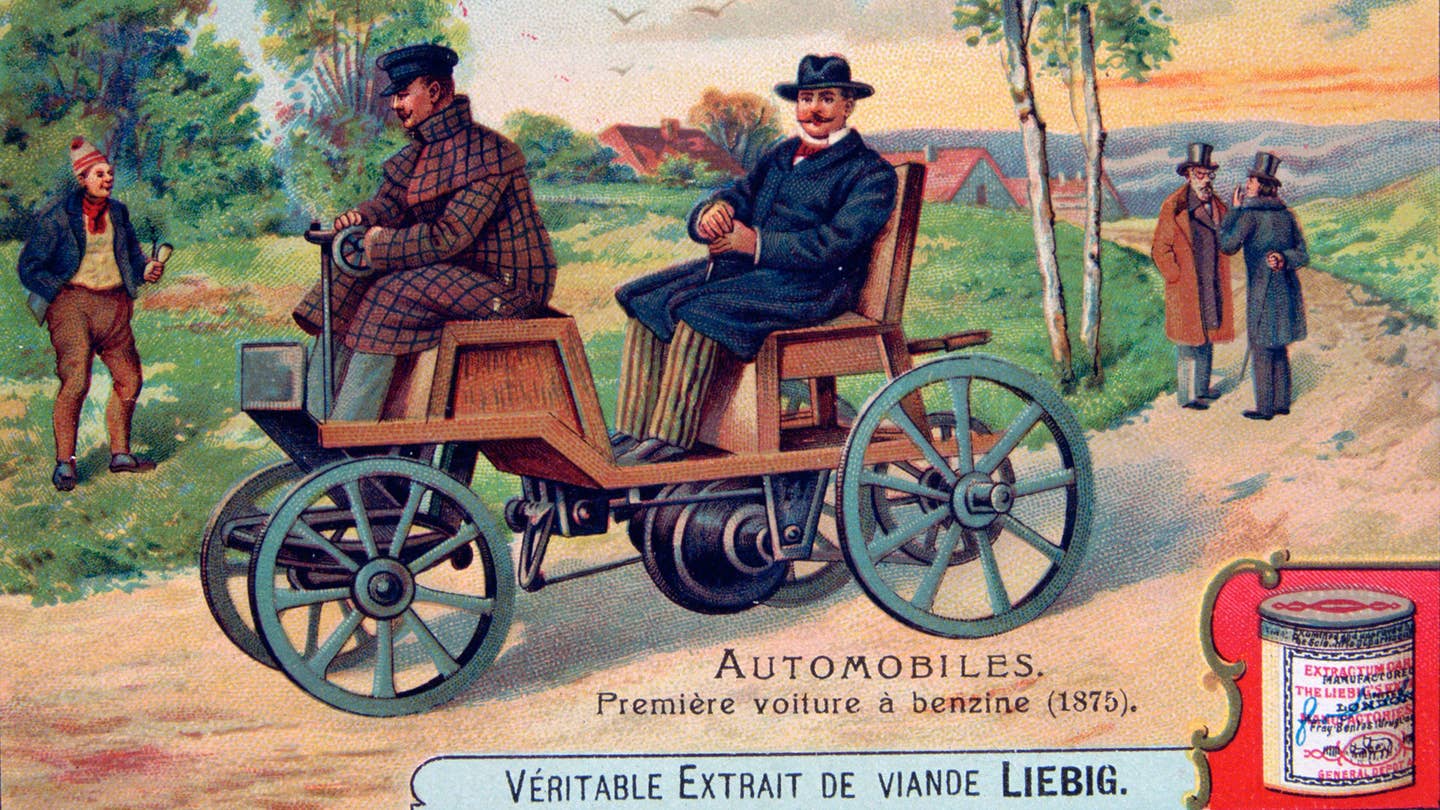 There’s a lot of drama in car commercials these days. It seems that every car—no matter how slow, small or pedestrian—gets the Zooming Through the Woods treatment, or the Tearing Across the Desert Montage, or the Blasting Around Damp City Streets Through Steam extravaganza. Might a simpler, more honest presentation behoove the world’s more basic transportation? Personally, when I see advertising footage of a Toyota Corolla pulling up to an exclusive-looking nightclub and disgorging three women who clearly spent an impoverishing amount of money on nightclub clothes, I only feel sad. Why portray a car that will spend its life cycling between the suburbs, CVS and an office park being driven by Lenny Kravitz? Or same blazing across desert salt flats? The car and all human parties concerned know that scenario will never come to pass.

No, I like this ad from 1875, the nascent days of the automobile. The painting is of the first “Benzine,” or “gasoline,” car, a true horseless carriage in looks and operation. It’s being driven on a fine enough country road past muttering neighbors. In the corner, an advertisement for Liebig Extract of Meat pops in, as if to underscore that the car and advertisement aren’t really important enough to merit a full rectangle. Everything is chill; there’s no mood to ruin. Here, the car is represented in art as it will be in life: driven over bumpy roads, past a man in high-waisted brown pants and never too far from the finest meat tincture.