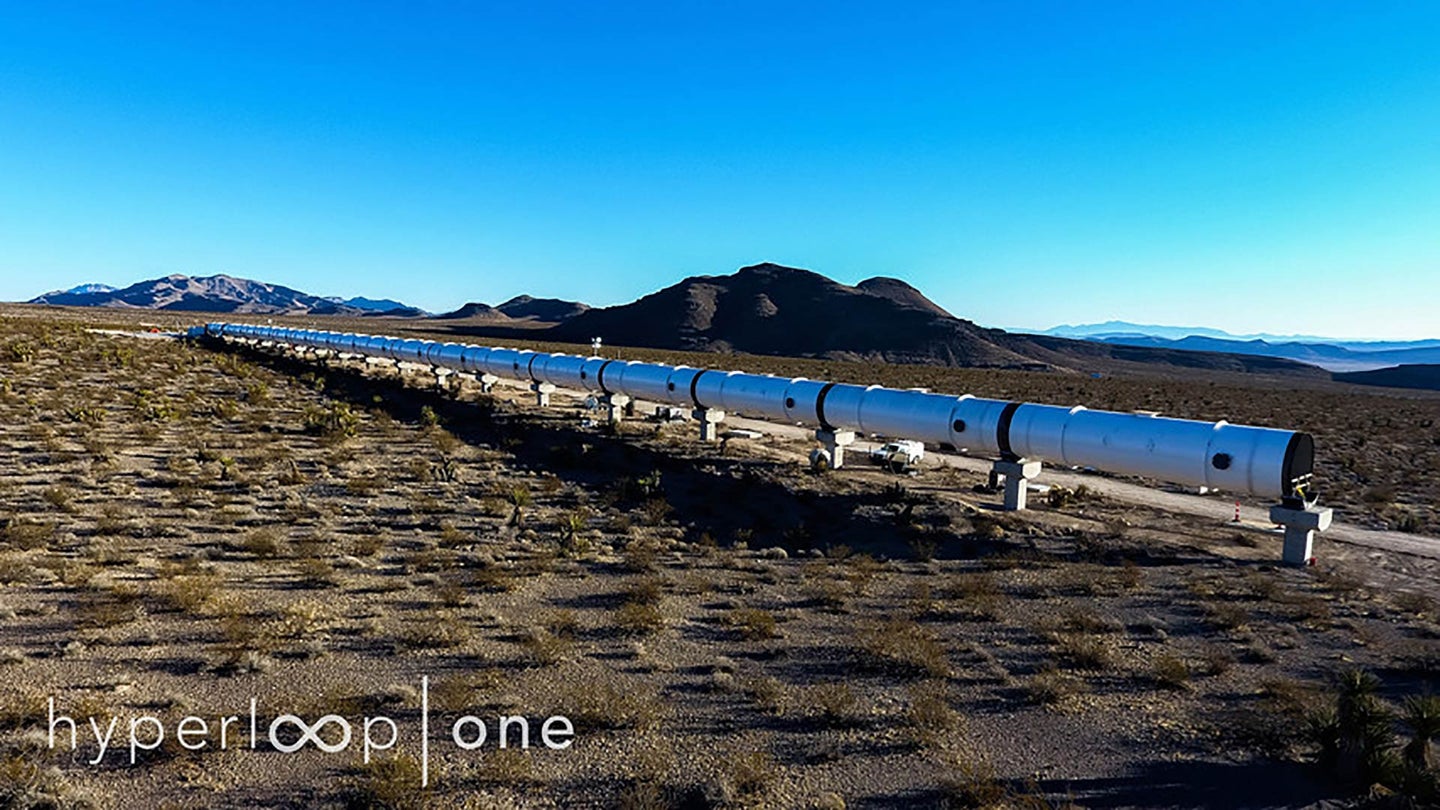 Hyperloop One has finally released images of its full-scale Hyperloop test track in the Nevada desert. Dubbed the DevLoop, HyperLoop One’s test track is currently 1,640 feet long and plans indicate it will be a total length of two miles. Unlike smaller prototypes, the DevLoop is 11 feet in diameter and will operate in the same function as the final product.

According to previous reports, the HyperLoop is expected to reach 760 mph at top speed. In other words, that means you could travel from New York to Los Angeles in under 3 hours and 45 minutes. By producing a full-scale test track, the HyperLoop One program is proving that the tech company is on the right path to a final product. HyperLoop One has raised a total of $160 million in funding and it has signed with Dubai Roads and Transport Authority to build a HyperLoop between Dubai and Abu Dhabi.

HyperLoop One has stated it plans to test the DevLoop sometime in the first half of 2017, but no official date has been released.