The NFC chips could let drivers use their smartphones as their car keys. 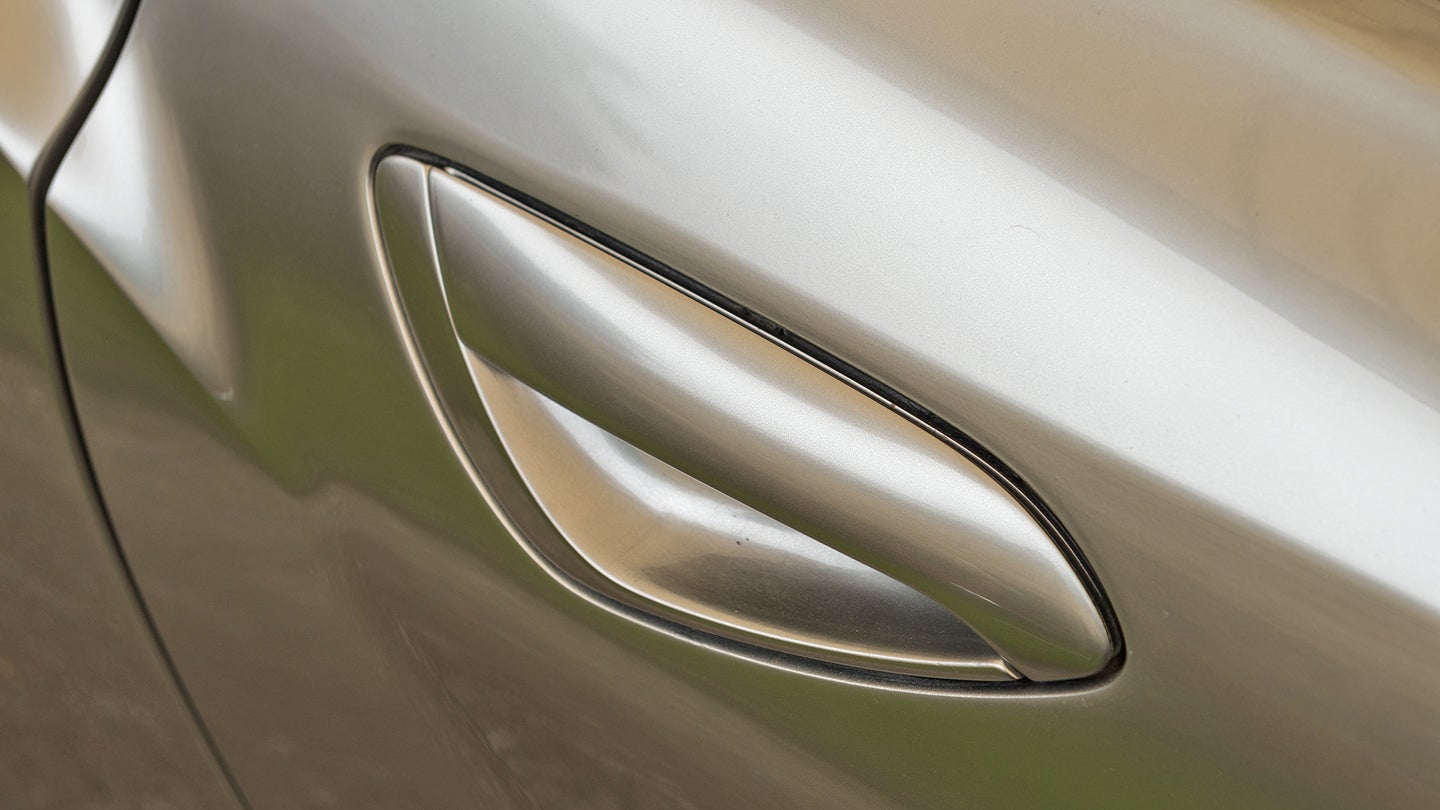 Think people are wedded to their smartphones today? Just imagine when those black mirrors double as car keys. Five automakers are working with a leading NFC chip manufacturer to integrate the short-range communication devices into the doors handles of their models, a move which would enable car companies to offer buyers the ability to unlock their vehicles with their phones.

Chipmaker NXP made the announcement on Monday. The company declined to mention the automotive companies involved, citing preexisting agreements with the automakers, but NXP director of new business Rainer Lutz pointed out that the current Mercedes-Benz E-Class already has NFC chips in its doors. (Note: NXP's PR agency has reached out to The Drive to clarify that NXP does not provide NFC chips to Mercedes-Benz.)

NFC, or “near field communication,” is embedded in many existing phones and is frequently used for payments. (Apple Pay, for example, uses NFC.) Unlike Bluetooth or Wi-Fi networks, it only works at extremely close range—a few inches or less. But those short ranges, along with the encryption infrastructure that can be built into NFC to secure it for financial transitions, means it could be an ideal choice for enabling smartphone control of a car’s security.

NXP’s chip in question, the NCx3320, is durable enough to withstand the extremes of heat and cold that a car’s exterior has to handle, and can even operate when the car’s battery is dead.

The chips could be set up to give the owner the ability to grant temporary access to the car, assigning other phones control for a set period of time with the touch of an app. Not only that, but adding a second NFC reader inside the car—say, in the center console, where many people already place their phones—could allow the phone to start the car, as well as automatically orient the seats, radio, and so forth to the driver’s preset preferences.

This, not surprisingly, would be a boon to automakers thinking of pushing into car-sharing and other non-traditional forms of automotive use. Which is to say…most of them these days.