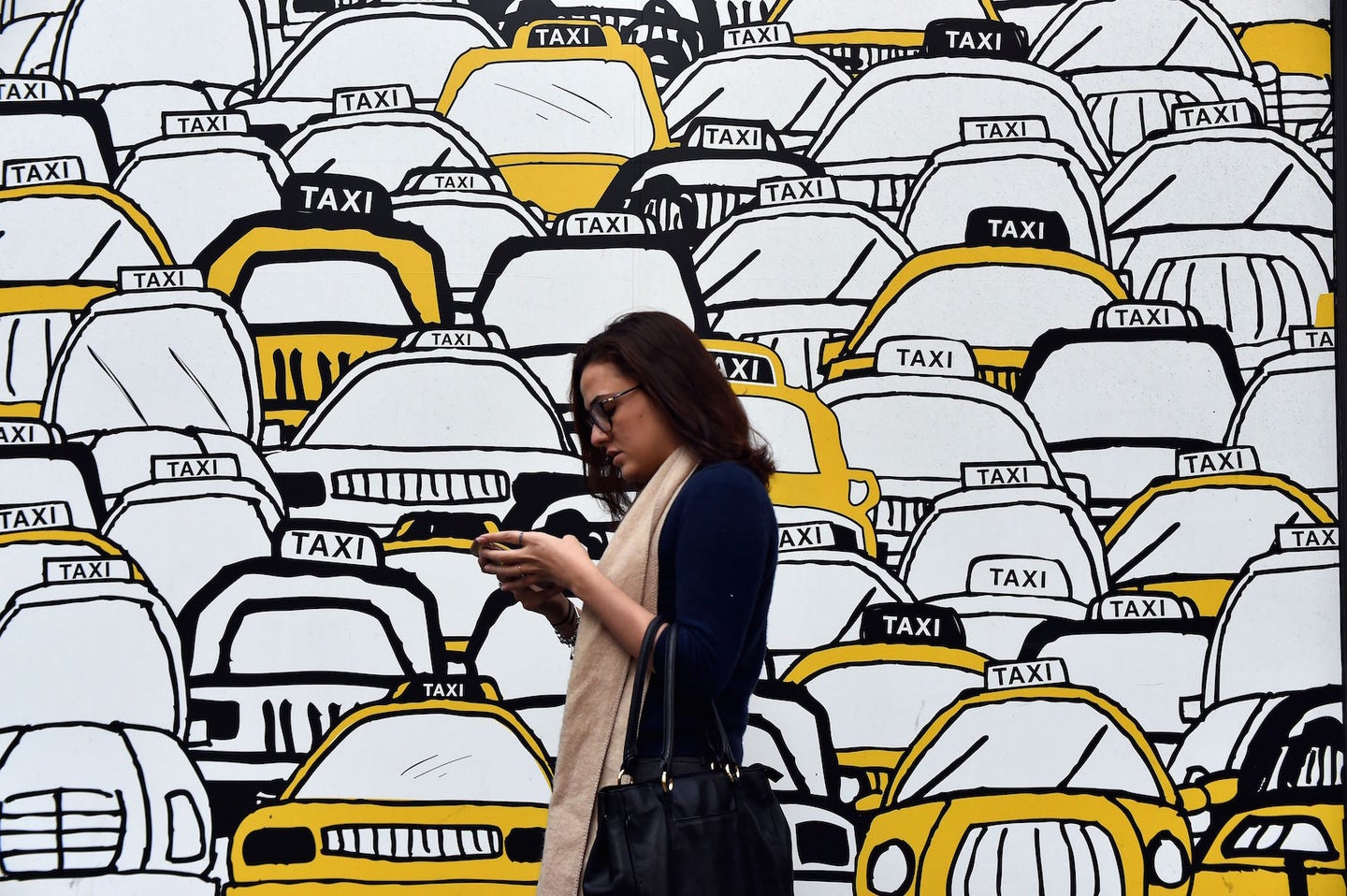 There is much optimism regarding the arrival of self-driving cars. We will be saved by autonomous cars, people say. Autonomous cars will allow us to nap, work, smoke weed, have sex (with others and with ourselves), go nuts with social media, and generally slide into a lazy digital coma as the vehicle autonomously and safely delivers us to important places.

The problem is if you live in any existing city, with an existing infrastructure, there's a good chance you won't be going anywhere in an autonomous anything. In an irony so rich and timely—the year after car-related traffic fatalities jumped up to 40,000, primarily on the strength of new vehicle-on-pedestrian deaths—the entire conceit of the self-driving car has a logic flaw that will allow pedestrians to render them immobile, like Obi Wan striking a stormtrooper dumb with the wave of a hand.

A self-driving car must follow the rules of the road. In any situation, it must yield to animals, pedestrians, bikers and anything else that moves (or doesn't). It's a highly conservative software solution to a natural skittishness that humans have to robotic vehicles. In New York City—and any urban environment with an existing infrastructure, but mostly NYC because our pedestrians and bikers can be really obnoxious—this logic will end the moment of the autonomous car about 30 minutes after it starts.

That's about how long it'll take for the 8 million people on the city sidewalks figure out all they need to do to cross the street whenever they want is simply cross the street. Self-driving cars will be forced to stop.

Gridlock will ensue. The self-driving car passenger will sit helplessly in his passenger seat, vaping dismally while bikers and walkers pass in front of him in an endless line. The police will have to be summoned.

In New York City and other urban areas, there is an unspoken understanding that lets cars move and helps (most) pedestrians survive a commute. Don't just walk into the street against a light because a cabbie or a FreshDirect driver might happily splat you just to make a stale crosstown green. That's really the only thing holding the city together.

"From the point of view of a passenger in an automated car, it would be like driving down a street filled with unaccompanied five-year-old children,” writes Adam Millard-Ball, an assistant professor of environmental studies at the University of California, Santa Cruz. Millard-Ball uses game theory to create a game of what he calls "crosswalk chicken" between pedestrians and self-driving cars.

In a risky situation, the autonomous car slows down and lets the pedestrian go by. Therefore, Millard-Ball writers, "safer cars provoke a rational response by pedestrians and other road users. Secure in the knowledge that a car will yield, pedestrians can cross with impunity. They need merely to act unpredictably or step into the street to force risk-averse cars to slow down."

Crosswalks pose an interesting problem. Normal cars—the ones with drivers with emotions and smartphones and delivery schedules—are required by law to yield, but enforcement is minimal. As Millard-Ball puts it, "A pedestrian wishes to cross as soon as possible. The driver prefers to avoid stopping." A collision represents the worst outcome for both sides, but particularly for the biped, who is highly unlikely to take the risk.

In Manhattan, there is almost no solution to this new risk equation. Do we build walls and gates on every city block to hem in pedestrians? Do we use facial recognition software to target all the pedestrians who jaywalk? These are infrastructural projects as intensive as the Second Avenue Subway. We haven't even touched on how the super aggro community of NYC bikers are going to respond to the news that they can stun road traffic by riding wherever the hell they want.

Autonomous cars? Sure. In NYC? Not likely.

Which isn’t great for San Francisco, which has more than 200 miles of bike lanes.