Swarms of Self-Growing Drones Could Be in Our Future

We’re not sure we want to live in a world where UAVs spawn like tadpoles. 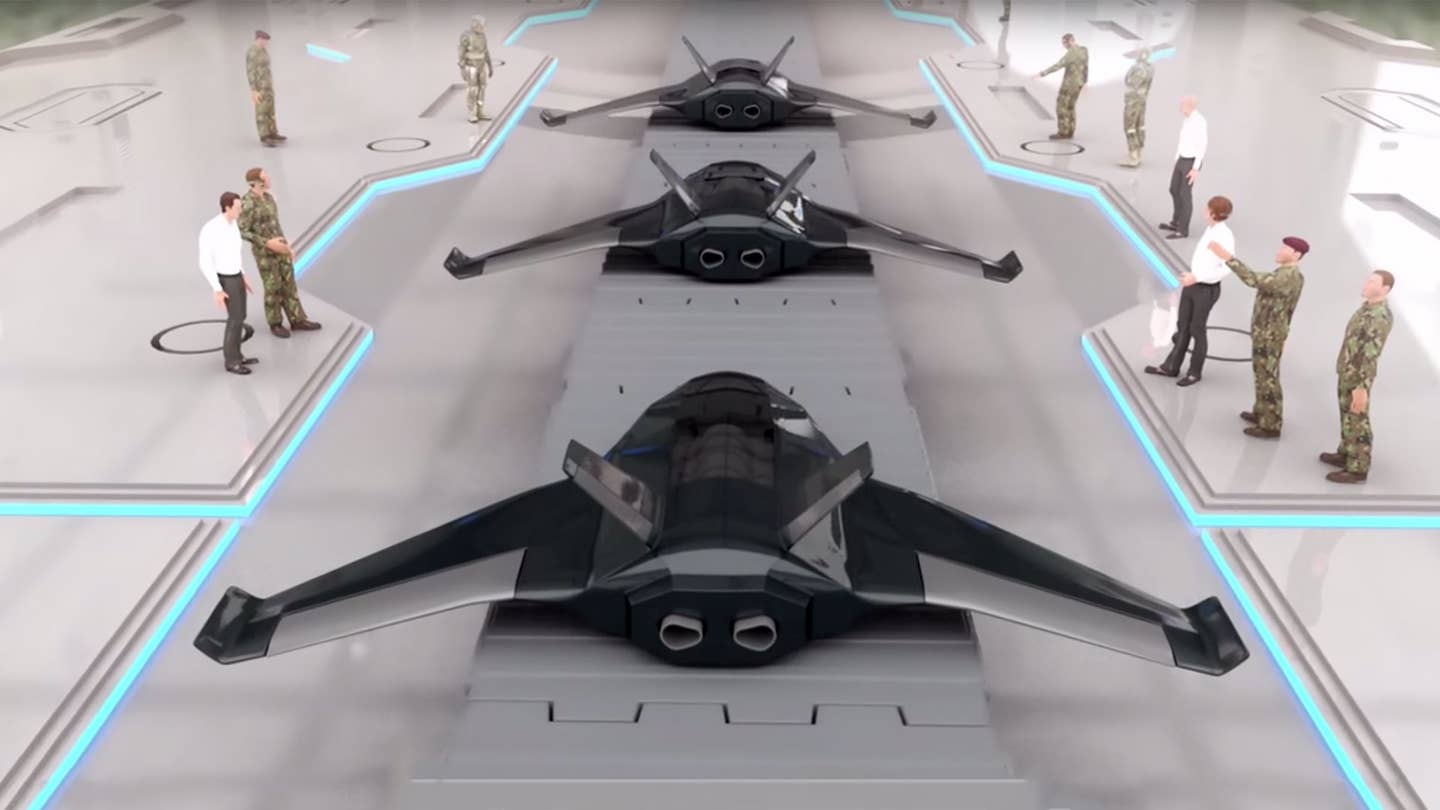 If the idea of flying drones being formed out of a pool of chemical goop sounds like something out of a dystopian nightmare future, well, that future is closer than you think. Multinational aerospace, security, and defense company BAE Systems has released a video depicting a new technology that would allow BAE to grow UAVs out of vats. BAE calls the technology the "Chemputer." We call it "freaky."

If you aren't easily creeped out by promotional footage that seems like a cheesy body-horror sci-fi film, go ahead and watch the video. (We've embedded it at the bottom, if you're bold enough to jump ahead without spoilers.) You'll see several drones being grown in massive liquid-filled holding tanks, like what you might imagine seeing during a behind-the-scenes tour of Area 51. Once the drones age out of their gooey tanks, the newborn aircraft are put on a conveyor belt, what appears to be a power system is added, and boom, off the UAVs go. As Mashable points out, this is all terrifyingly similar to that iconic scene of the T-1000 from Terminator 2.

In the video, BAE Systems says the whole drone-growing process would likely take weeks instead of years to build the drones, and that the UAVs would be constructed using "environmentally sustainable materials." Presumably not including soylent green, but hey, who knows.

"This is a very exciting time in the development of chemistry," Professor Lee Cronin, the scientist behind the Chemputer, said in a statement issued by BAE Systems. "We have been developing routes to digitize synthetic and materials chemistry and at some point in the future hope to assemble complex objects in a machine from the bottom up, or with minimal human assistance."

"Creating small aircraft would be very challenging but I’m confident that creative thinking and convergent digital technologies will eventually lead to the digital programming of complex chemical and material systems."