Along with boosting fuel efficiency, it's slated to maintain existing performance and noise levels. 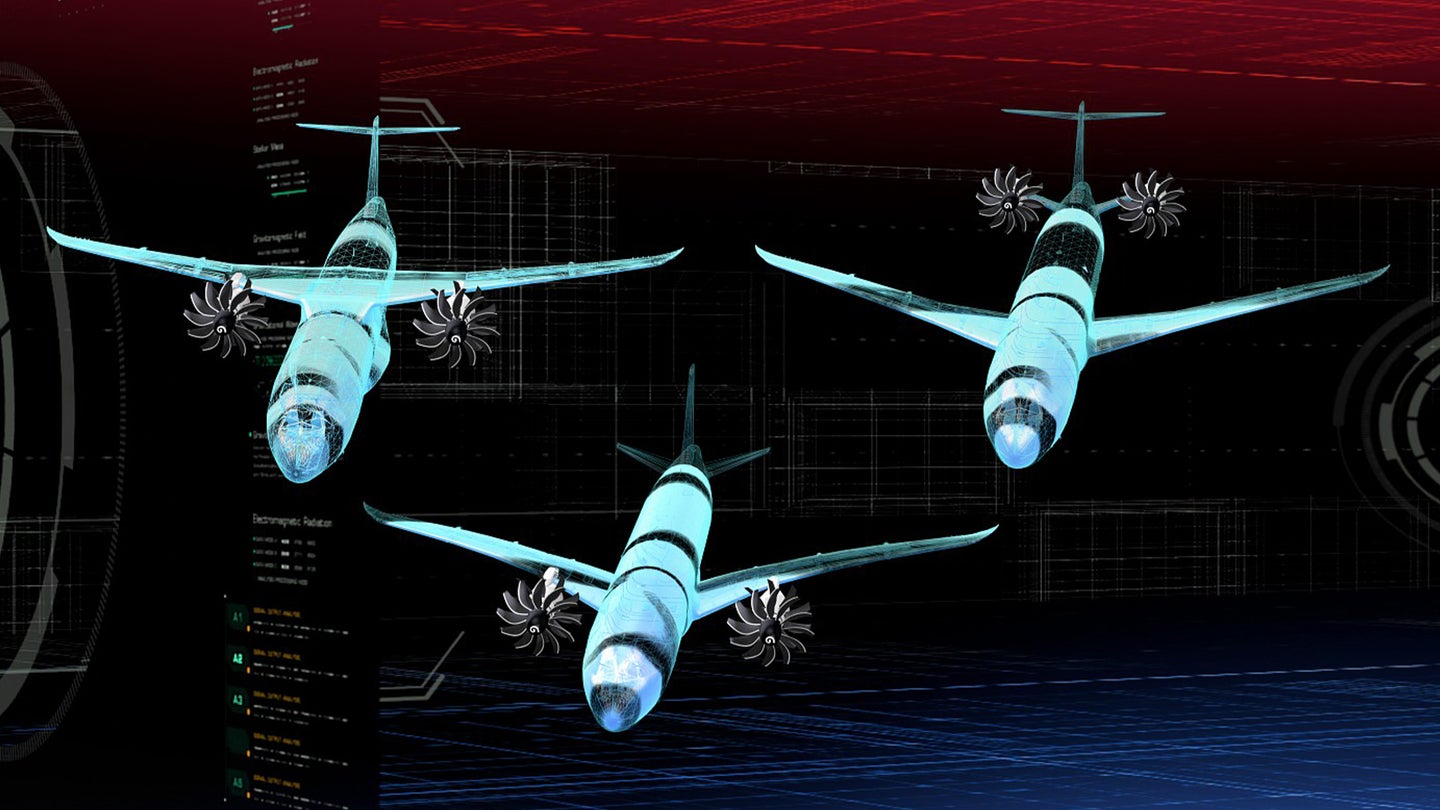 Airlines are a major source of airborne pollution, and making them more sustainable is a goal of governments and the aviation industry alike. There have been several proposed solutions to this problem by private companies and elected officials, but a new sort of engine could reduce emissions and fuel consumption without having to sacrifice the existing convenience of air travel. Sure, this new engine isn't quite as glamorous as supersonic flight, but it is much better for the environment.

Under development by the Franco-American aerospace company CFM, it's called an "Open Rotor" engine, and its wild-looking design is the result of it being an evolution of existing high-bypass turbofan engines. Without a cowling, the large rotor blades are exposed to the open air along with a series of adjustable stators to smooth the airflow. Thanks to its non-ducted design, the fan blades can have a larger surface area and be more efficient. These open rotor engines, also known as "prop fans," have the potential to make air travel much cleaner and more economical.

One-half of CFM—French engine builder Safran—has been experimenting with the idea since 2017. In fact, it built a functional prototype back then to test the idea. The twin-prop, contra-rotating design was claimed to produce a double-digit percentage reduction in fuel consumption and emissions while maintaining similar thrust levels. The noise back then was cited as "comparable" to existing turbofans, which may have indicated there were some hurdles to overcome with the design. This new motor is different, though.

The new open rotor engine, being developed under the Revolutionary Innovation for Sustainable Engines (RISE) program, has only a single fan blade and a variable geometry stator sitting behind it. This layout is expected to be more efficient and significantly quieter. It will also utilize the latest in fan blade technology, meaning carbon fiber composites will definitely be involved. Preliminary estimates say a 20 percent reduction in emissions and fuel consumption can be expected, and that's competing with the already-efficient turbofans of today.

Prop fans are not new technology, of course. They were experimented with in the 1970s as a reaction to the oil crisis, but the idea was shelved for commercial aviation due to a return to low fuel costs and a level of in-cabin noise that couldn't be overcome at the time. The gains were real, however, as early prototypes showed fuel efficiency improvements in the neighborhood of 30 percent as compared to contemporary turbofans.

Today, fuel is still relatively cheap but governments are beginning to further restrict emissions from airliners in an attempt to alleviate climate change. Suddenly, investing in a new form of propulsion for commercial aviation makes sense business-wise, even with the rise of ever-more efficient turbofans from the likes of GE, Pratt & Whitney, Rolls Royce, and CFM itself.

CFM says that engines under the RISE program won't be arriving with lightning speed seeing as there's plenty more R&D left. It will likely be a decade before all of the kinks are worked out and they start getting tacked onto airliners. In the meantime, the largest and most powerful jet engine ever is being produced by General Electric, the other half of the trans-Atlantic CFM partnership. The GE9X is set to start humming away soon under the wings of Boeing's new 777X. Even if these prop fans are the next big thing, turbofans are going out with a considerable bang.