Ropot is a cute way of reminding kids to look both ways before they cross. 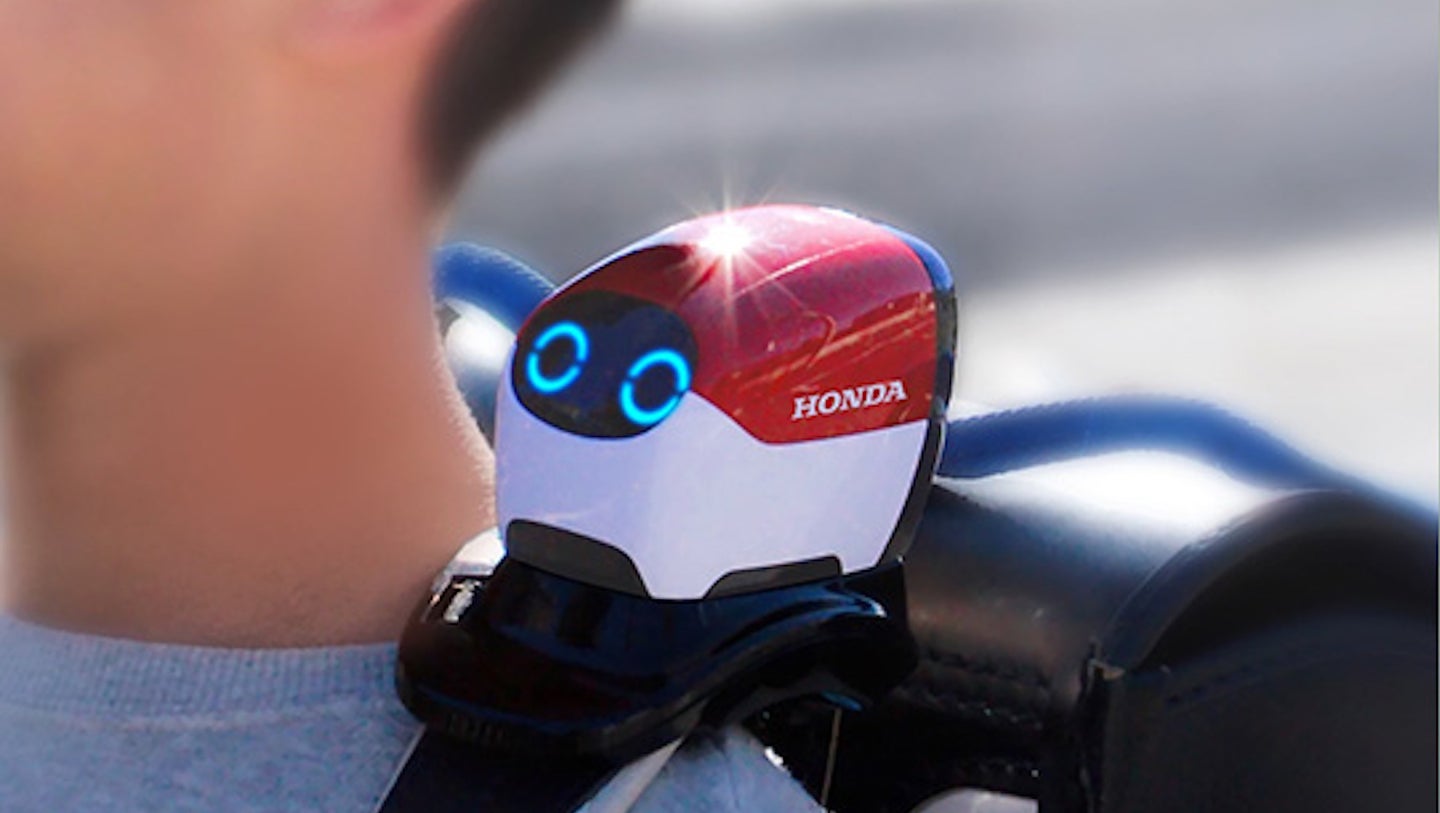 Honda engineers have developed a new robot buddy they call “Ropot,” which attaches to a child’s backpack strap and reminds them to cross the street safely. The device is about the size and shape of a GoPro camera and has a friendly expression, which presumably makes it feel more like a friend than a watchdog for kids. When the child reaches a pre-established crossing point, Ropot buzzes like a smartwatch, prompting them to stop and look left and right before crossing. The device also has a vehicle detection sensor and provides haptic feedback as an extra reminder.

The GPS-equipped Ropot route is set up in advance by a parent or guardian, with each crosswalk set up as a vibration point. Paired with a smartphone app, the guardian can review the route with the child and make sure it’s working as prescribed. As a bonus, the parent can see exactly where the child is on the route through the app.

Kids typically start school between the ages of 5 and 6, and their vision is still developing. According to the American Academy of Ophthalmology, both eyes are learning how to work together, which gives kids the hand/eye coordination to throw and catch a ball and accurately assess depth perception. They’re also getting a feel for their independence and—ask me how I know—testing the limits of it. Kids often have this affliction called “I already know that!” and think they have all the information before they actually do.

This combination of innocence and overconfidence can lead to pedestrian accidents while walking to school, and in Japan, Honda is working on a solution for that. It’s common for kids in Japan to start walking to school at the age of seven, and that’s a particularly dangerous time of their lives in terms of pedestrian accidents. There’s even a phrase for that: “Devil’s 7 years old.” I don’t know how to translate that exactly, but it definitely conveys the viewpoint.

Engineer Daisuke Kiryu of Honda R & D is a father, and he noticed this problem. In the course of his research, he found evidence that children have only about two-thirds of the field of vision of adults, which makes assessing danger more difficult. Kiryu started thinking about how he can keep his own kids safer and help others at the same time.

"There is a limit to how much adults can tell their children, 'Watch out for the car,’” he said in a story on the Honda Japan site. “In order to reduce the damage caused by traffic accidents for children, another approach is needed."

Kiryu, however, is a muffler specialist, so he needed help from his colleagues to develop an electronic solution to the challenge. He recruited Satoshi Fujii, who took on system development, including sensors. Yu Saitsu was is in charge of user experience and interface design, developing materials and illustrations that explain how to use the Ropot. And Sa Kikuchi oversaw the planning and coordinating the demonstration experiment, testing the concept out with her own three children.

Think of Ropot as a cross-traffic pedestrian detection system but from a kid's perspective. While they're small, they'll enjoy the cute factor of this little robot buddy.