To battle online ignorance about auto manufacturing, we did what anyone else would do: organize a 17-day round-the-world tour of seven car factories. 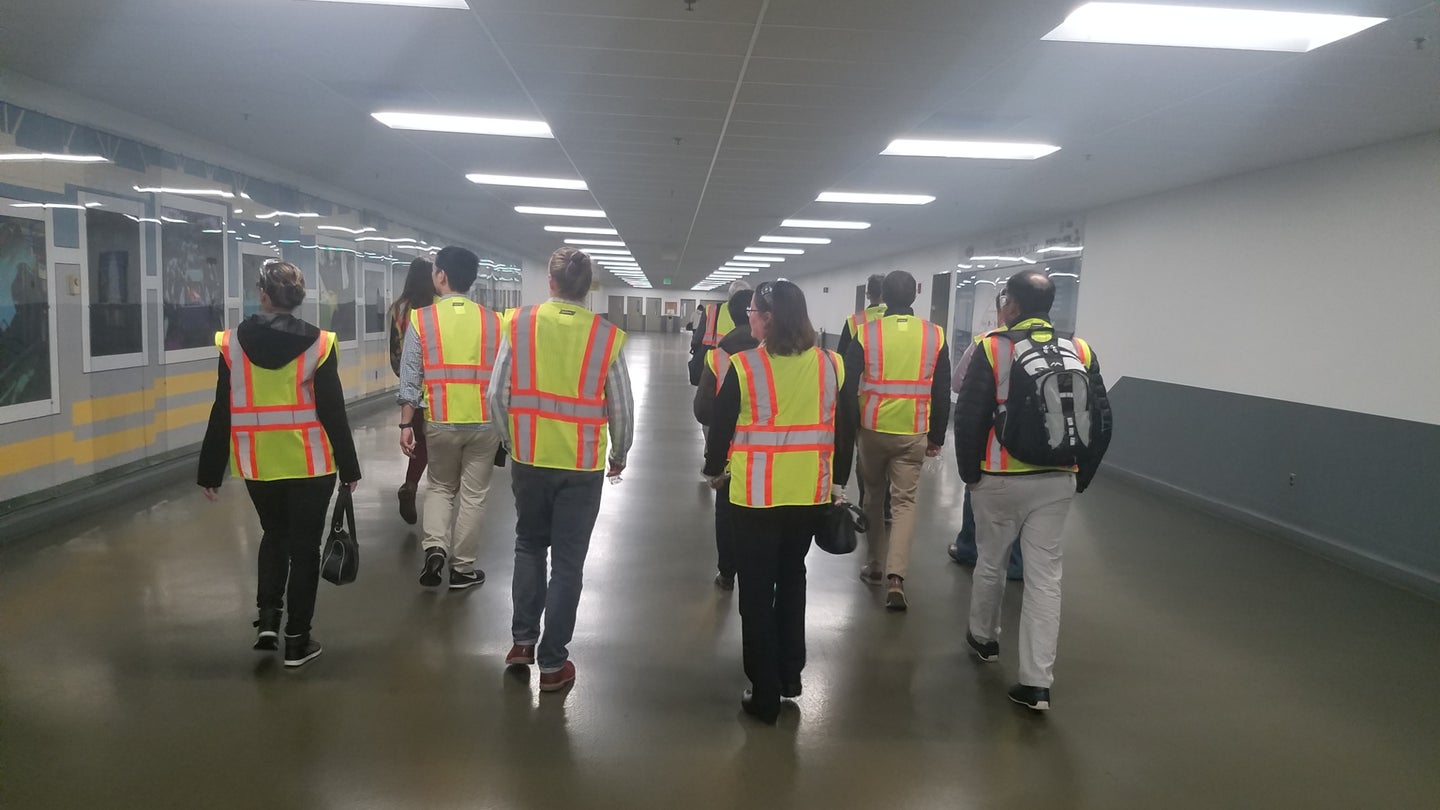 Over the past few years the most interesting story in the auto industry has been Tesla, the tip of the spear of the high-tech sector’s mission to transform how we move around. It’s been absolutely fascinating to watch the first real startup automaker show how Silicon Valley culture can bring a breath of fresh air to the design, engineering and marketing of electric cars while at the same time struggle so mightily with the more prosaic tasks of manufacturing and supply chain management.

I’m not alone in this. Elon Musk’s “alien dreadnought” hubris, the resulting year of “production hell” at Tesla and the company’s subsequent return to basics with an ultra-simple general assembly line built in a Sprung Structure “tent” have generated public interest in auto manufacturing like we haven’t seen in decades. And yet despite the fact that this industrial opera reinforces all the most fundamental lessons of automaking that have been established for decades, a surprisingly large contingent of people still seem to believe that the startup can disrupt manufacturing practices that have been honed to a sharp point by a century of competitive pressure.

While discussing this bizarre phenomenon with my longtime collaborator Bertel Schmitt, we suddenly hit upon an idea: what if we leveraged the sudden interest in auto manufacturing into an educational experience? After all, we both had contacts at automakers around the world. Perhaps we could arrange a tour of an a global cross-section of car factories, providing at least a lucky and influential few with an on-the-ground seminar in the state-of-the-art of automotive manufacturing.

Out of this idea, the Magical Mystery Plant Tour was born: a 17-day, round-the-world tour of seven of the most unique and interesting car factories on the planet, highlighting the proven principles of manufacturing, today’s latest materials and techniques and hints at how the cars of the future will be made.

In response to little more than a few tweets from Bertel and myself, a group of brave and curious tourists, mostly investors and analysts chose to invest their time and money into this uniquely intensive seminar on the business of making cars. Armed with more car factory visits than a lot people get in a lifetime, our hope was that the students will then share their newly-gained knowledge with the world, creating an online vanguard of manufacturing literacy.

In truth, the tour's impact on the broader discussion may have been little more than a drop in the bucket but the experience was one which provided a wealth of valuable lessons, not to mention memories that will last a lifetime. Now, finally, my own humble attempt to take the internet along on our grueling but rewarding adventure is ready to be told. Over the coming days and weeks, we will share reports from each of our stops and link them all together here.

Over the course of the tour, which took place in the first 17 days of last November, we visited:

Ford’s Dearborn Truck Plant in the cradle of modern auto manufacturing, the historic River Rouge facility. Here we will see high-margin pickups being made at high volumes, along with the latest in aluminum body techniques, 3D printed tools and “Industry 4.0” data analytics.

Toyota Cityoutside Nagoya, Japan, home of the latest developments in the industry-altering Toyota Production System and the new Toyota New Generation Architecture. We’ll see co-working robots at a factory that builds over a million engines each year, a unique training system aimed at inculcating the values of Japanese craftsmanship, production of hydrogen fuel cell Toyota Mirai’s at the firm’s flagship Motomachi plant, and learn about Toyota’s famous focus on manufacturing from top executives.

A brand-new factory in Zhangjiakou, China, operated by the up-and-coming automaker Geely for its new subscription-model Lynk & Co brand. There we’ll get an up-close look at manufacturing in the Middle Kingdom, and learn about the factory- and supply chain-level implications of building cars for a subscription business model, rather than traditional private ownership.

BMW’s Leipzig, Germany plant where the innovative electric i3 and hybrid i8 cars are built out of unique carbon fiber-reinforced plastic composite materials. In addition to learning about how electric vehicle manufacturing differs from traditional internal combustion vehicle manufacturing, we’ll also enjoy a unique glimpse at the challenges and opportunities of building metal-free cars of the future.

Volkswagen’s flagship “Glass Factory” in Dresden, Germany where Volkswagen is learning important lessons about electric vehicle manufacturing at small scale before launching a massive electric car offensive that will reshape its entire business over the coming years. We’ll see why big things often have small beginnings in the car business, while watching one of the world’s largest manufacturers relearn its core competencies from the ground up as it moves into the electric future.

Geely’s London Electric Vehicle Company in Coventry, England, where the Chinese automaker is remaking the iconic London black taxi as an electric vehicle and adding scale with commercial vehicle variants. Production of high-mileage shared vehicles for fleet applications will provide a glimpse of the changes automakers will need to consider as they move towards building highly-utilized, shared electric autonomous vehicles in the future.

Aston Martin’s Gaydon plant will end the tour with a unique look at a company maintaining traditions of old-world craftsmanship at a time of intense competition and unique changes in the industry. Aston’s ability to move with the technological times while continuing to embrace a low-volume, hand-built approach will provide a fresh counterpoint to the higher-volume and more automated plants that we will have already visited.

From steel to aluminum to carbon fiber reinforced plastic, from sportscars to pickup trucks to taxis, from Detroit to Asia to Europe, the Magical Mystery Plant Tour will take you through a diverse cross-section of modern automobile manufacturing. We will highlight the latest technologies and the most time-tested cultural techniques, take you to the newest car factory in the world and a plant where Henry Ford once walked. If you've ever been curious about the state of modern automotive manufacturing, you've come to the right place. And if it sounds like something you would like to do, stay tuned... because it just might happen again.