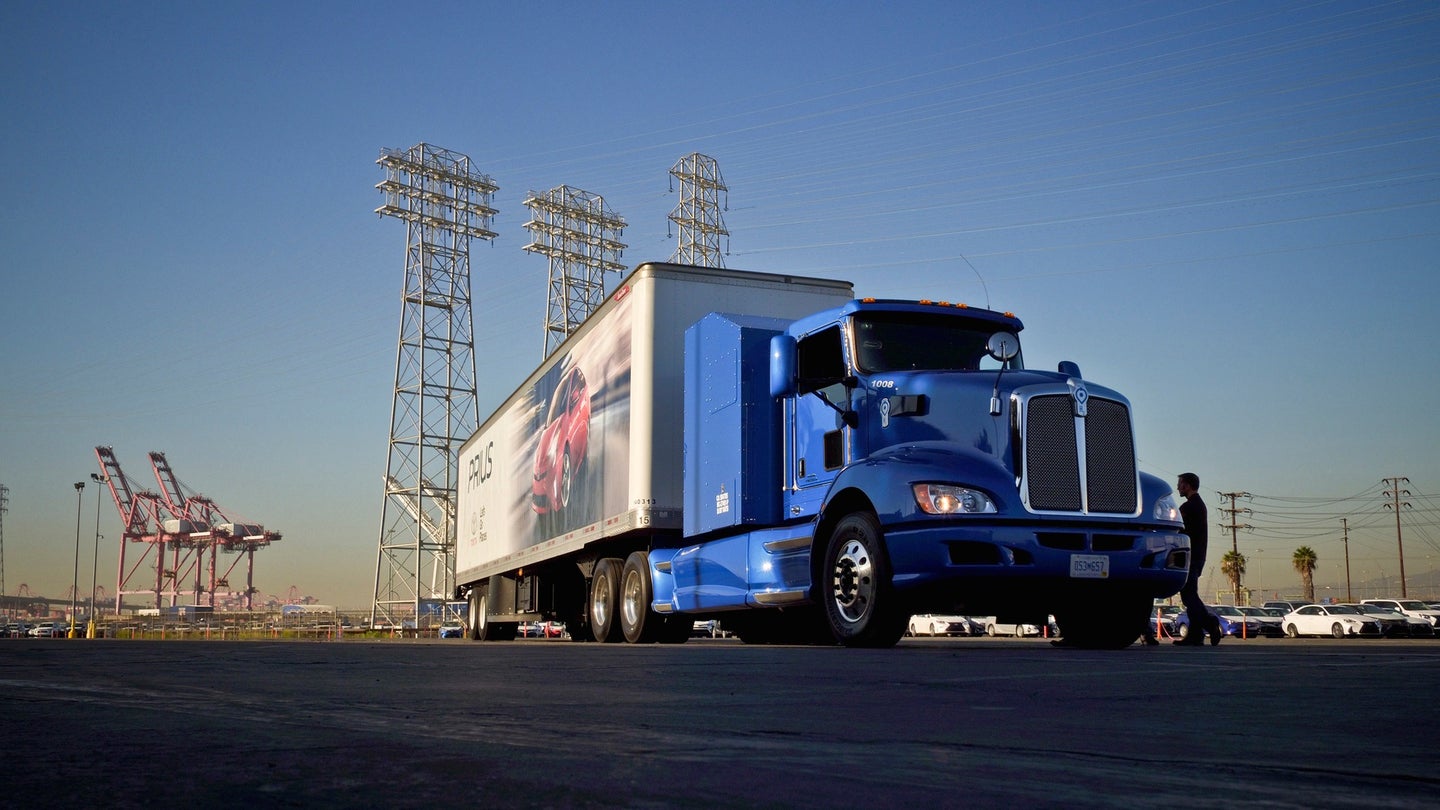 The battle between batteries and hydrogen fuel cells is transitioning to commercial vehicles. As Tesla prepares its battery-electric semi truck for a November 16 unveiling, Toyota is about to put a hydrogen fuel-cell semi to work at the Port of Los Angeles.

Unveiled in April, Toyota's "Project Portal" fuel-cell truck will begin hauling cargo around port October 23. The truck has already completed more than 4,000 development miles, according to Toyota, but this will be its first real-world test.

The truck will transport cargo from the port area to nearby rail yards and warehouses. Toyota expects the truck to cover about 200 miles a day, but the nature of this so-called "drayage" work means that mileage will be covered in a series of short trips. Once the fuel-cell system has proven itself capable of handling that duty cycle, Toyota will plan longer trips.

This kind of work seems to suit a hydrogen fuel-cell truck. The lack of hydrogen stations is a major problem for long-haul fuel cell trucks. But the Project Portal truck will operate within a confined area, never straying too far from a source of fuel. Toyota estimates range at more than 200 miles, so frequent fill ups won't be necessary, either. Residents of the nearby L.A. metropolitan area will probably appreciate the reduction in air pollution, too.

The truck itself boasts 670 horsepower and 1,325 pound-feet of torque, as well as a gross combined weight capacity of 80,000 pounds. Power comes courtesy of two Toyota Mirai fuel-cell stacks and a 12-kilowatt-hour battery pack.

Toyota isn't ready to put Project Portal into production just yet, but startup Nikola Motors does plan to launch a hydrogen fuel-cell semi truck. The company plans to build a network of fueling stations to support the big rig. Meanwhile, Tesla will unveil its long-awaited battery-powered truck next month, and companies like Cummins and Volkswagen have begun dabbling in battery-electric commercial trucks.