If that headline isn't enough to convince you to click, we can't help you. 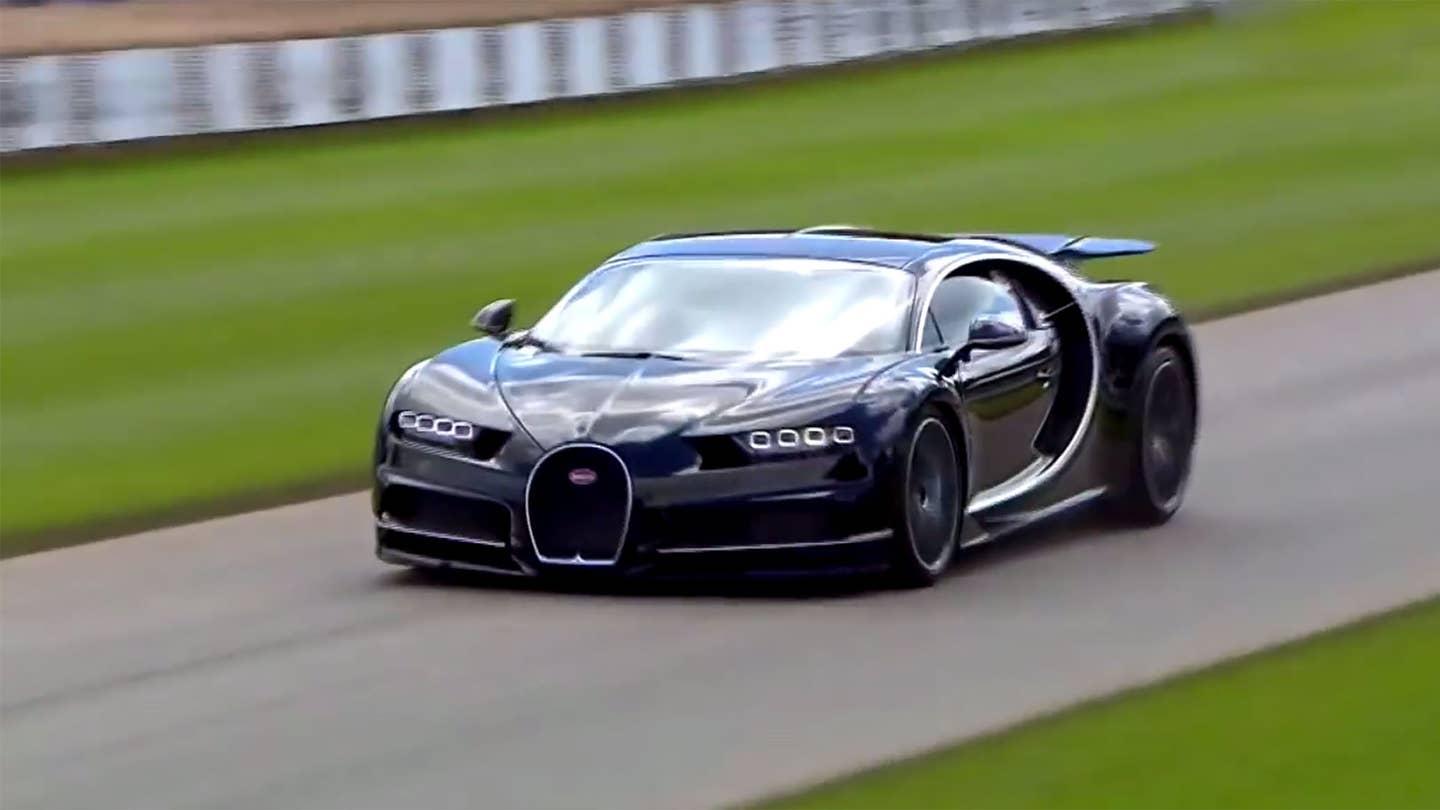 Unleashing a Bugatti Chiron on the Goodwood Festival of Speed's hill climb is like asking Superman to build you a tree house: He can do it in no time, but it's kind of a waste of his talents. Still, any opportunity to see Bugatti's new 1,480-horsepower supercar singing its siren song in the wild is worth it, so we can't say we're disappointed the VW Group's hyper-luxury division hauled its new wünderwagen across the Channel to the famed automotive event last weekend.

And we're especially glad Bugatti saw fit to throw the proletariat a bone and strap a GoPro behind the Chiron's occupants, to give the world a first-hand view of what it's like to fire a $2.6 million supercar up a tight, winding road. Even with driver Andy Wallace short-shifting through the gears and rarely diving into the throttle for more than a couple seconds at a time, the big Bug sets the world outside on fast-forward. Sure, it only makes it up to 117 mph or so during the run, but it only takes one or two of those short bursts of acceleration to make clear that this car will be every bit the leather-lined ballistic missile we all hoped it would be.