Chinese GP: Mercedes Won, McLaren Blew It, and Other Non-Surprises 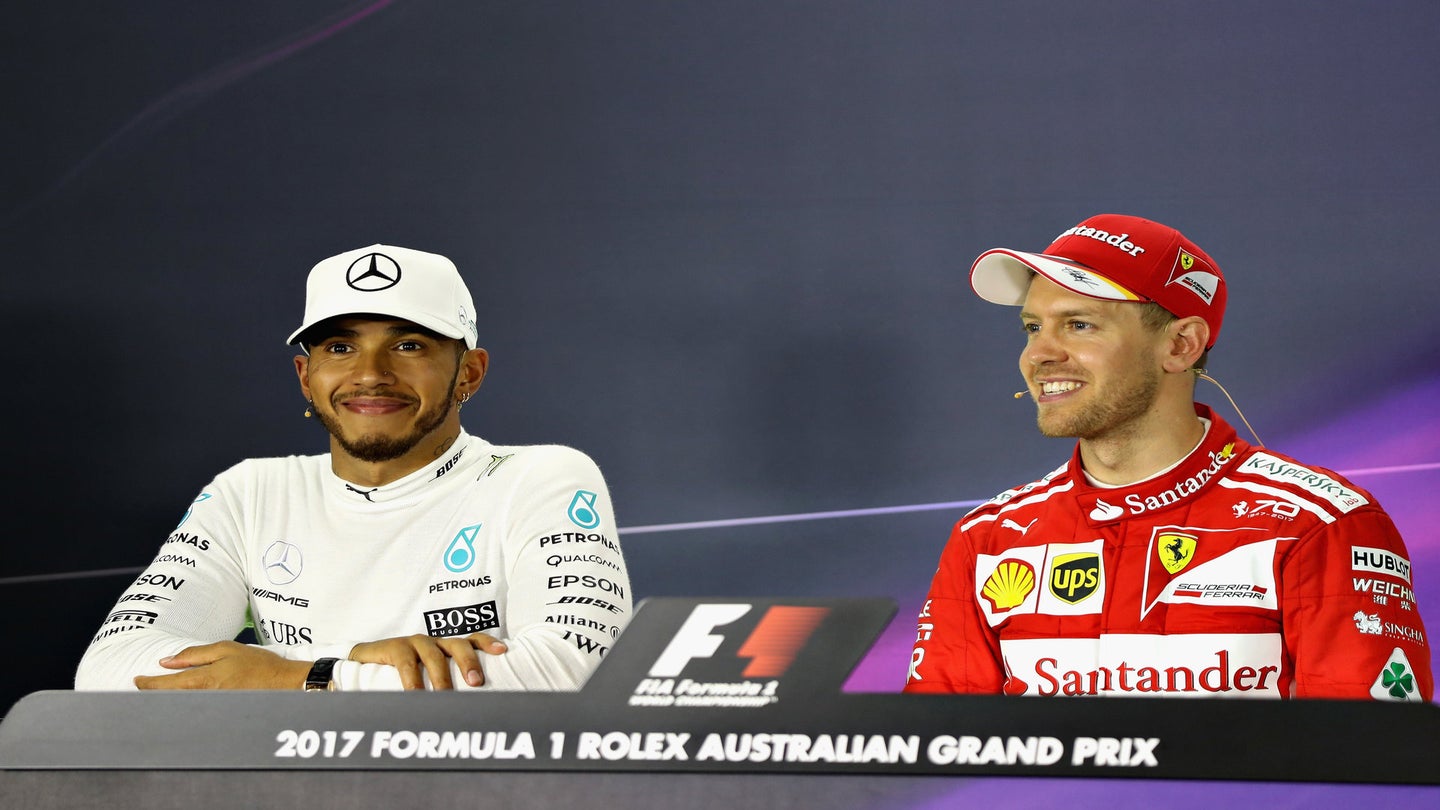 Yes, Mercedes won. Yes, Alonso did very well right up to the point where his car failed. No, we're not surprised either. After Sebastian Vettel's surprise victory for Ferrari in the Australian GP, Mercedes needed to assure fans that they were still on the hunt for the title, and star driver Lewis Hamilton did just that. Good thing, too, as his teammate spun out behind the safety car and as a result dropped back to 12th place. Sauber also saw some contact, with Antonio Giovinazzi crashing on the last corner of the track. All in, a few crashes, a Mercedes win, and a DNF by McLaren-Honda all supports the increasingly common belief that the sport is becoming a bit predictable.

Enter Max Verstappen, of Red Bull. His performance Sunday is one of the most impressive in recent history, with the Dutch driver rocketing from 16th to 7th on his first lap. With the help of some competitors crashing or being taken out by mechanical failure (*coug* Alonso *cough*), Red Bull's star was able to finish the race in 3rd place. Vettel had a relatively mishap-free race, but couldn't pull past Hamilton and landed in 2nd.

Formula 1 heads to Bahrain next week. Look forward to more heated racing between Vettel and Hamilton, as the two favorites for the title look to pull ahead of one another. Verstappen's another one to keep tabs on, clearly displaying massive talent and ambition this week. Finally, expect Alonso to have a great showing next week right up until the moment that you hear a loud clang followed by cries from Honda executives.