The 30 second champion announces his second retirement in two years, but it's real this time. 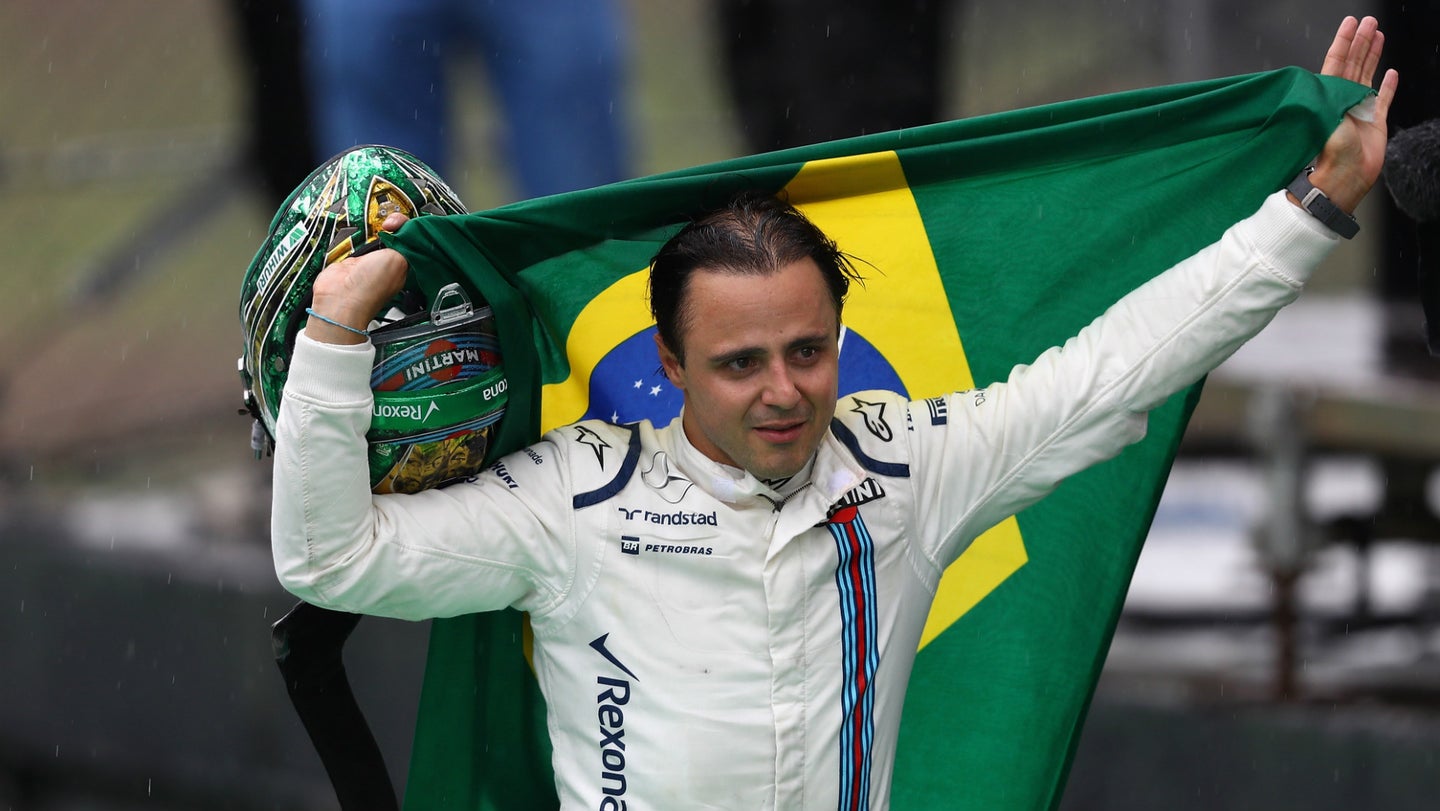 Early Saturday morning, on his Facebook account, Brazilian Formula 1 driver Felipe Massa announced plans to retire at the end of the 2017 season, bringing his career to an end after racing in the sport since 2002. Massa's career will come to encompass a total of 269 race starts, 11 wins, 41 podiums, and at least 1160 championship points. Felipe is best known for his performance over the tightly fought 2008 season, when he nearly took the championship due to Hamilton losing position to Sebastian Vettel. Timo Glock of Toyota, however, struggling on the wrong tires, slipped back behind Hamilton with only a few corners to go, giving birth to one of F1's most infamous commentator outbursts, "is that Glock?"

The following year, during the Hungarian Grand Prix weekend, Massa was injured in a freak accident when a spring came loose from a car he was following, bouncing up and hitting him in the head. Rushed to the hospital, he was operated on, and his life was saved, but he was sidelined for the rest of the 2009 season. He returned in 2010 to a team that now considered him their number two driver, alongside Fernando Alonso, and Ferrari's infamously blunt radio messages resulted in one of the most infamous team orders in F1, "Fernando is faster than you."

Massa originally intended to retire at the end of 2016, and celebrated the 2016 Brazilian Grand Prix as his last. The surprise retirement of Nico Rosberg from Mercedes after winning the championship created a power vacuum, however. Valtteri Bottas was recruited to take Rosberg's place at Mercedes, leaving Williams with a driver-sized gap to be filled for 2017. Massa initially returned only planning for one season, but he enjoyed the new regulations, and for some time pushed to stay with the team in 2018.

As seen above, he will relinquish his race seat for the 2018 season. Williams' driver selection process for the seat vacated by Massa is ongoing, but it is uncertain whom the team favors.

While things never quite went his way, Massa earned the respect of the Formula 1 world over his 16 year career. On behalf of us at The Drive, Felipe: obrigado, you will always be our 2008 champion.