Verstappen 'Didn't Mean to Hurt Anyone' With Post-Race Rant

The 20-year-old Dutchman initially said that 'one idiot steward' was to blame for the call that cost him a podium. 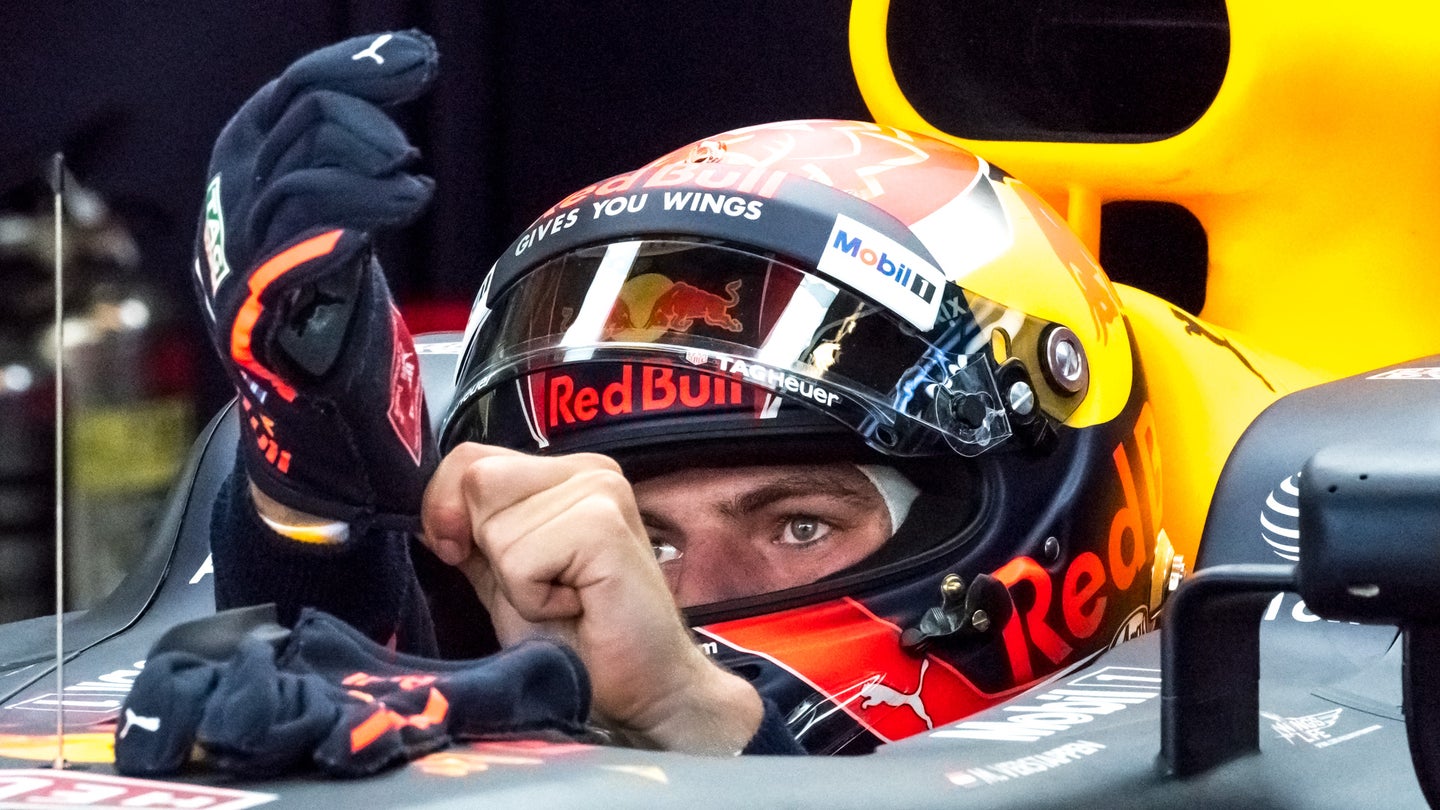 A heroic climb from P16 to P3 at the United States Grand Prix put Red Bull driver Max Verstappen's abilities on display, only to be taken away by a controversial five-second penalty. In an overtaking maneuver that catapulted Verstappen past Ferrari veteran, Kimi Raikkonen, all four tires ran out of the track limits, earning him a time-related fine that dropped him to fourth place and off of the podium.

This set the racing community ablaze, including Verstappen in an instance where he said "one idiot steward" had been against him all year and that these types of calls "kill the sport". However, after seeing the backlash just a few days later, Verstappen announced publically that these comments were not made to upset anyone in particular.

Many current and past members of Formula 1 spoke out on the penalty. Mercedes team chairman Niki Lauda said that the Verstappen penalty took the sport "back to the stone age" and damaged its fragile reputation, especially in America. Max's father, Jos, also expressed his opinion by calling it "bullshit" on social media.

One quote that stood out from Verstappen was when he mentioned the fans and their reaction to the steward's call.

"I mean, I really hope the fans didn’t like this decision and next year they won’t come.”

Verstappen has since taken to the air to explain his comments, most of which were made directly after the race.

"Look, in the heat of the moment you say things, but of course I didn't mean anything bad," Verstappen told Dutch TV show Peptalk on Monday night. "At that moment, it just blurts out. I didn't mean to hurt anyone."

He continued to explain that this ordeal should serve as an example to the FIA. While it only cost him one position, in the end, Red Bull was unable to appeal the decision, making for plenty of controversy.

"I think more people want that [change of system]," he said. "[The decision] wasn't correct and it's ridiculous that you can't do anything against it. We'll talk about it, but we need to see what's right. I don't have a clear answer to that right now."

Max followed up saying that it served no point to sit down and talk with the steward who made the decision. Although his feelings on the situation are clear, there's nothing that could be changed now two days after the event.

"I don't have anything to explain," Verstappen mentioned after the race. "You can sit down with each other and talk for hours, but it doesn't change anything."