Hear what Porsche executives have to say about the new hyper-sedan. 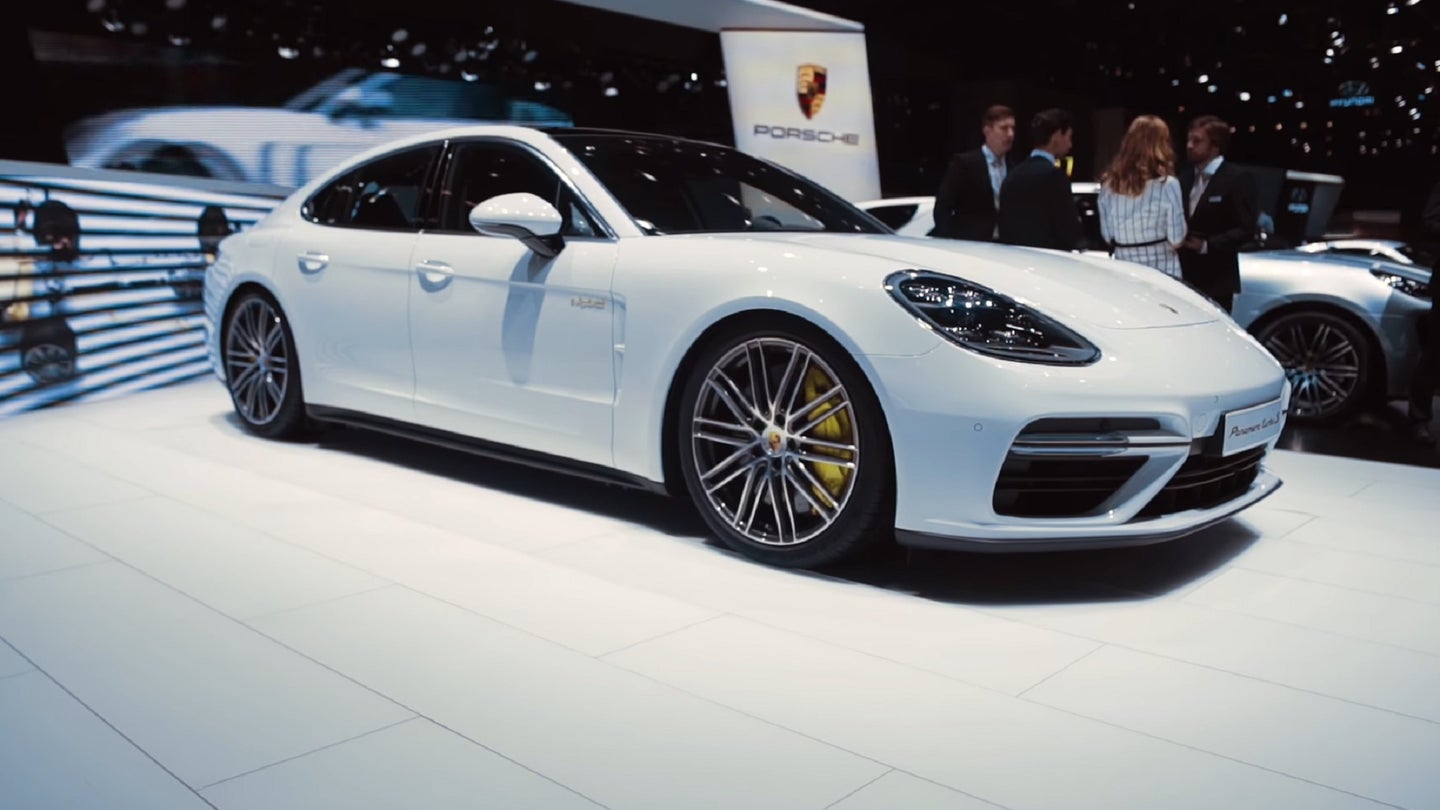 In a video posted this morning to Porsche's own YouTube channel, Doctor Gernot Dollner and Detlev Von Platen give their own opinions of the new Panamera Turbo S E-Hybrid just moments after it had been unveiled to the public for the first time. The Geneva Auto Show was likely a whirlwind for anyone in the Porsche camp, what with the simultaneous launch of the 991.2 GT3, Panamera Sport Turismo wagon, and the new hybridized super sedan Turbo S E-Hybrid. Mixed in the video are a few shots from the show, and some gorgeous b-roll. If you're curious about Porsche's future, or want to know if the Turbo S E-Hybrid is right for you, maybe check out the video below.

"The New Panamera Turbo S E-Hybrid is really a performance car. From zero to one-hundred [km/h] in 3.4 seconds, that's a true sports car value. It's light, it's agile, it really feels like a compact sports car.

"With the Panamera, we introduced for the first time, two hybrid versions; The Panamera 4 E-Hybrid, and the Turbo S E-Hybrid. The overall architecture is quite similar. Both versions use an 8-speed PDK gearbox and the same electric motor. The Turbo S E-Hybrid has a V8 twin turbo, whereas the Panamera 4 E-Hybrid has a six-cylinder biturbo. The car has an all-electric range of 50 kilometers and an electric top speed of 140 kilometers per hour.

"We believe that hybridization is not only about fuel efficiency, but it's really the performance kit of the future."

"The fact that you have, for the very first time, the top of the motor range carrying hybrid technology is a very strong statement. We rolled this boost system from our 918 Spyder where basically you can use all of the power you have available in the car at once. And this car is a rocket. It's very impressive.

"We can see sustainability and performance, in this, works together. To make this statement here in Geneva was very important to us, and recognizing that this will also be part, not only for a short while, but also for our strategy in the future."