Nobody Told Porsche That ‘The Mannequin Challenge’ Is Over 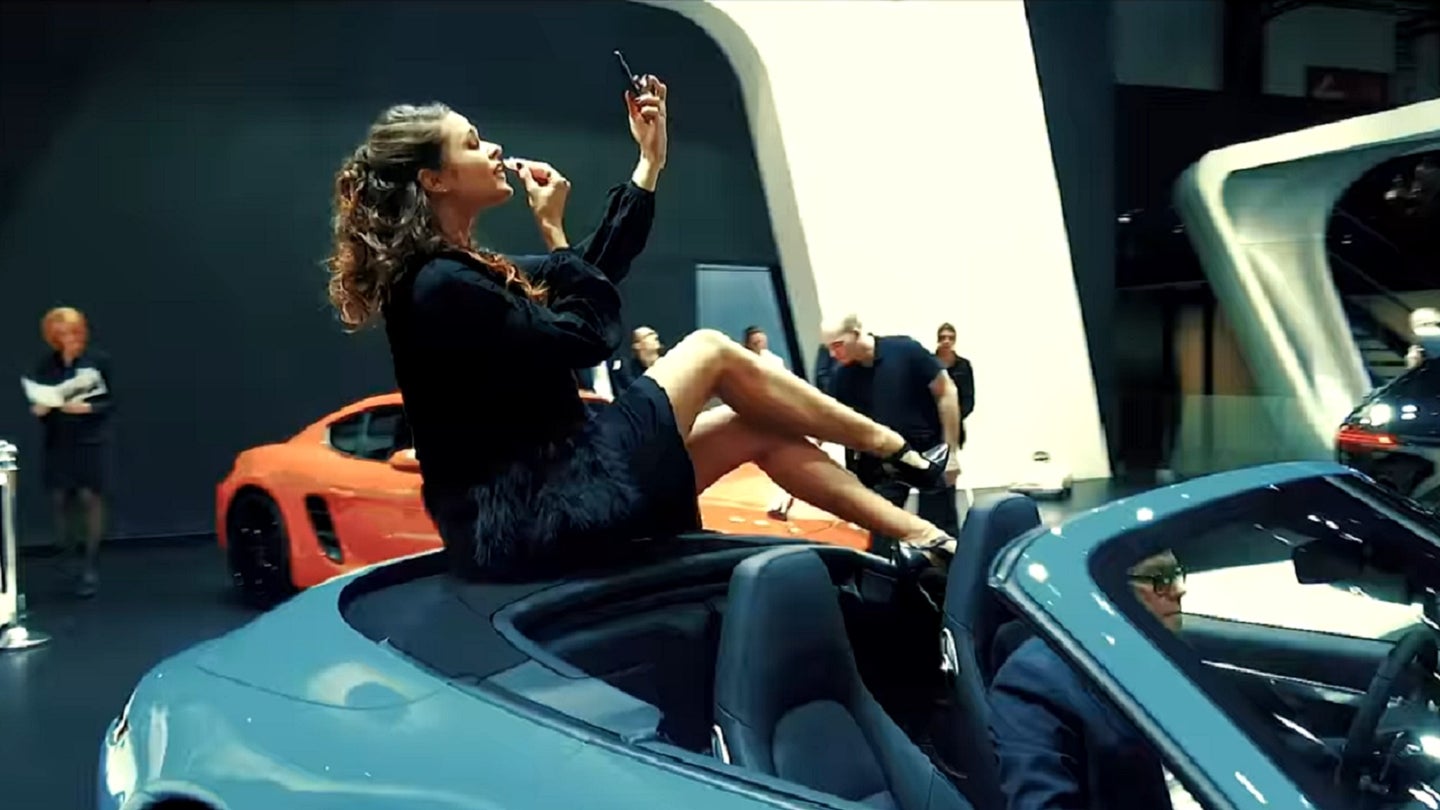 The earliest known mannequin challenge took place in 2008 when the New York-based troupe 'Improv Everywhere' had 207 people go to Grand Central Station and freeze in place for five minutes to see what other people would do. The craze blew up in late 2016, and it seemed like everyone was posting a video of themselves doing this 'challenge'. According to Google Trends, the challenge reached its peak quickly in mid-November and has been on a steady freefall since. While Porsche doesn't explicitly use the words "mannequin challenge" to describe their video, and they certainly don't use the 'official' background music of the trend, it's obvious what they're trying to do here.

In any case, you can see Porsche's stand from the show, which includes a few examples of their finest wares. A 718 Boxster S, a 911 Cabriolet, a 718 Cayman, a Cayenne S E-Hybrid, and a Macan variant are all on the show floor where people can step inside and check out the various cars accouterments. There is also a Panamera S E-Hybrid behind a set of velvet ropes for looking but not touching. I will admit, I was amused slightly when I saw the gentleman holding the E-hybrid charging cord as though it were a telephone. Imagine that, telephones with cords? What a wacky idea.

They're trying to show they're hip and with it, but 'it' changed too rapidly, and now they just seem like old German Luddites. The trend is a dead horse, please stop beating it.

“Sure, the transaxle Porsches are affordable at the moment, but collectors are slowly waking up to these cars.“