American Hero Lampoons Beyoncé Pregnancy Photo With His Own Porsche 914

From the tarpaulin in the background to his curly mustache, this entire photo is gold 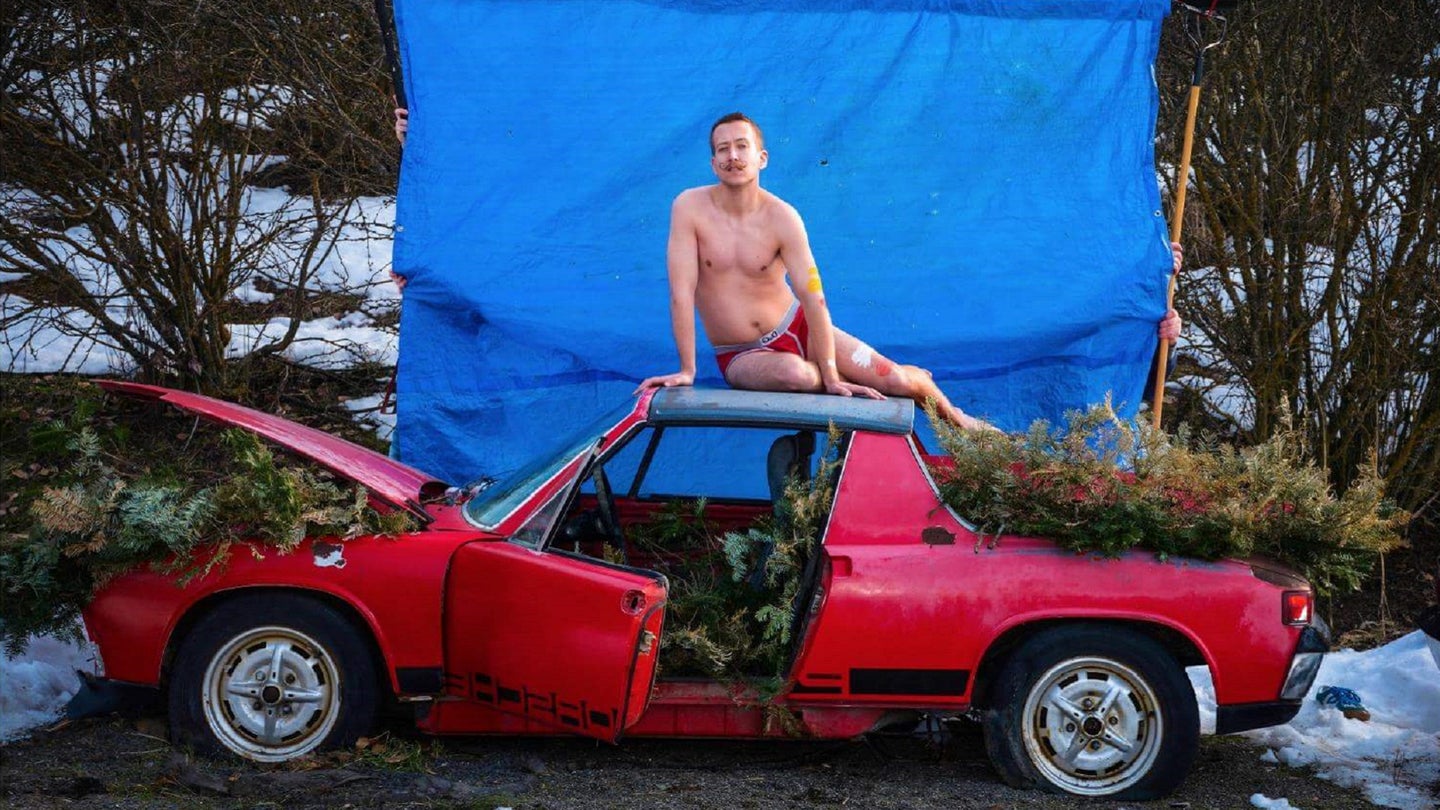 By now you've likely seen that Queen Bey is 200% more pregnant than she was last year, expecting Twins this summer. I say likely because the announcement was the single most liked photograph on Instagram in the app's history (currently at 10.3 million likes and counting). In one of the photographs from the shoot, she is shown sitting atop a dusty, beat-up Porsche 914 that doesn't appear to have an engine. The trunks and the interior are spilling over with floral arrangements, and there is a cloudy sky backdrop behind the whole thing.

Beyoncé looks great in this photo created by Ethiopian-born Los Angeles artist Awol Erizku, showing off her growing family. If we're being honest, it's a great way to mash up your pregnancy photo with your love of the Porsche 914. Surely we're about to find out that Jay-Z and Bey are avid mid-engine vintage Porsche collectors, and they rebuild type-4 engines and swap Weber carbs in their spare time. We figured it wouldn't take long for some other Porsche 914 owner to recreate the photograph. Of course, we expected the recreation to be someone else's pregnancy announcement, not a middle-aged dad-bod white guy playing it up for laughs. We're pretty glad that it's the latter, however, because this guy is winning in our eyes.

Originally posted to the subreddit "r/RoastMyCar", this wonderful human specimen has 27,000 upvotes and over 800 comments already. Everything about this photograph is a gem, including the friends he has holding up the tarpaulin in the background. This 914 is slightly different from the one used in Bey's photo, in that it appears to have an engine and an interior, but does not have rocker panels. The top likewise is its original black-coated fiberglass. This is just great and the world needs more stuff like this.